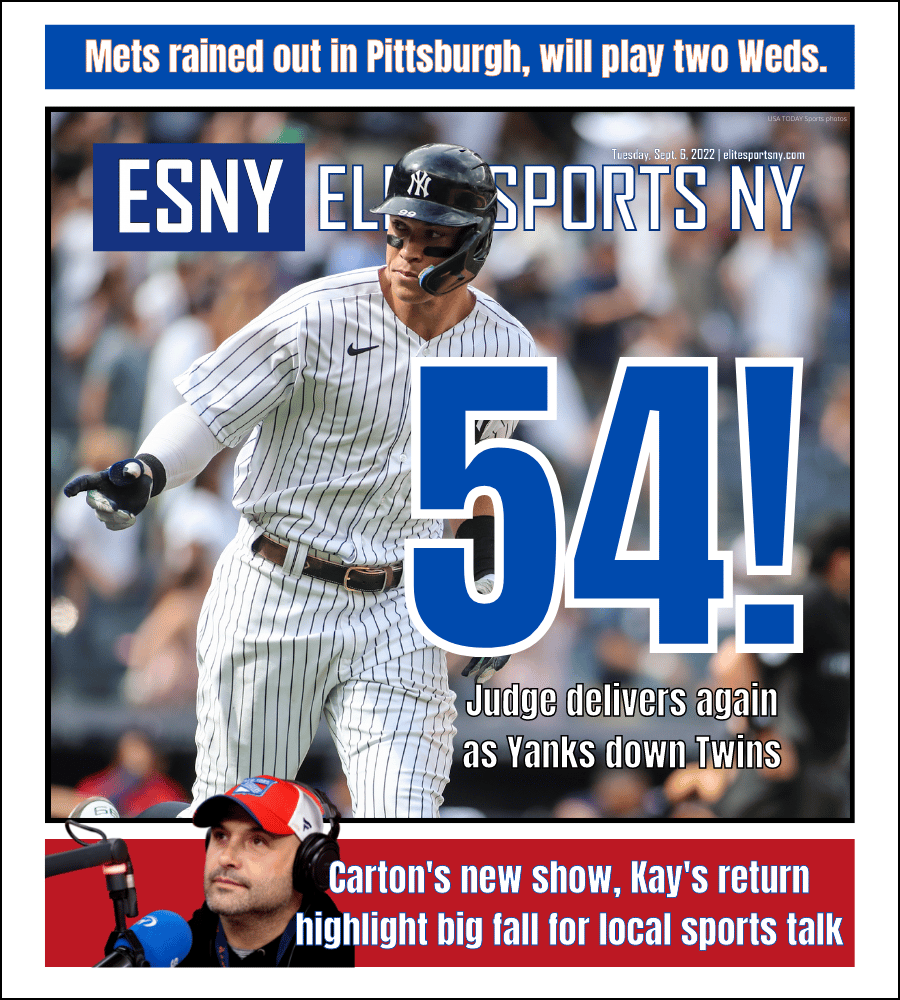 The lead story. Aaron Judge is doing everything he can to keep the Yankees from collapsing. The slugger blasted his 54th home run Monday as the Bombers won their second straight game with a 5-2 win over the Twins at Yankee Stadium.

“Man, it just gets more and more amazing what he’s doing. I mean, it really does,” Yankees manager Aaron Boone said after the game. “Doesn’t get pitched to much and [is] just ready when it is in there. It’s getting hard to put into words what he’s doing. … Just a special season he’s in the midst of.”

Judge tracker. Judge is now on pace to hit 65 home runs this season, which would shatter Roger Maris’ team and American League record of 61 home runs. That would also be the fourth-most ever in a single season.

The sidebars. The Mets’ series opener against the Pirates in Pittsburgh was rained out. They will now play a doubleheader on Wednesday. And the sports talk radio fall ratings book begins in earnest Tuesday with WFAN and ESPN Radio New York back at full strength on the air (among other things).