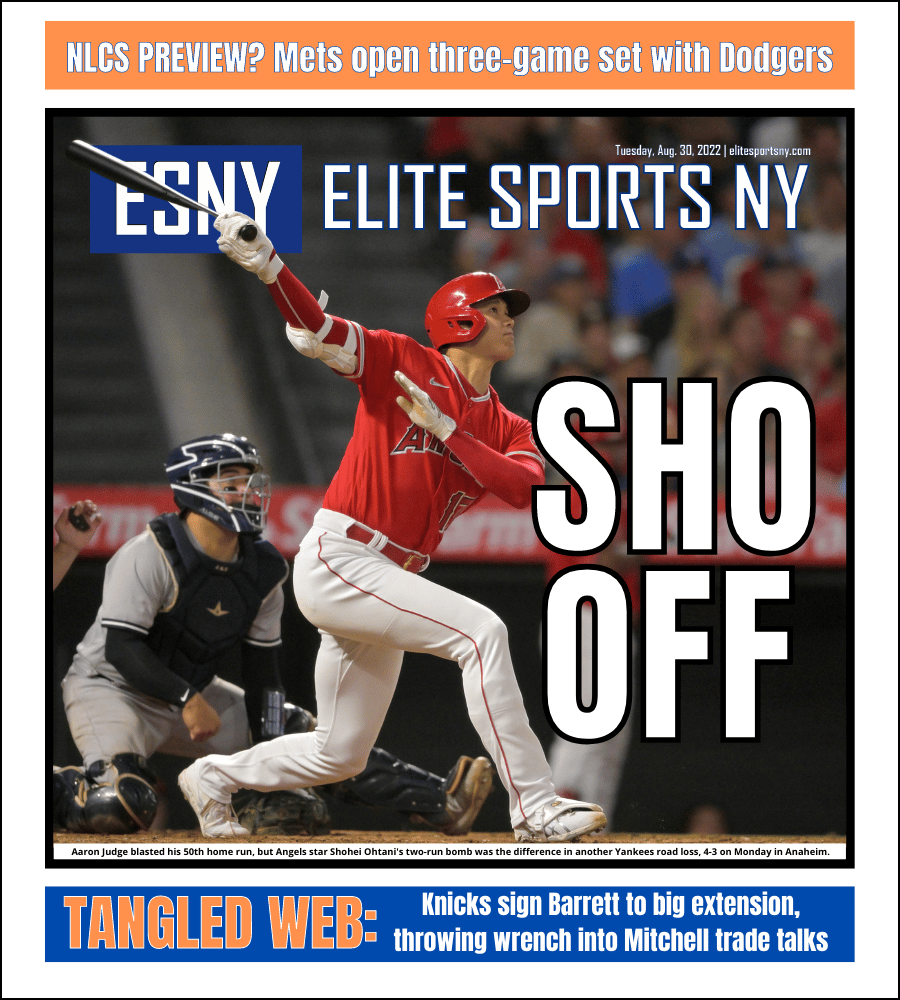 The lead story: The Yankees are swooning again. Aaron Judge blasted his 50th home run of the season on Monday night in Anaheim, but it still wasn’t enough. Shohei Ohtani’s two-run shot was the difference in a 4-3 Angels win. The Yankees have now lost three straight and have failed to score more than three runs in each defeat.

The sidebars: The Mets will open a critical three-game series against the NL-leading Dodgers on Tuesday night. And the Knicks signed RJ Barrett to an extension late Monday night, complicating their Donovan Mitchell trade talks with the Jazz.