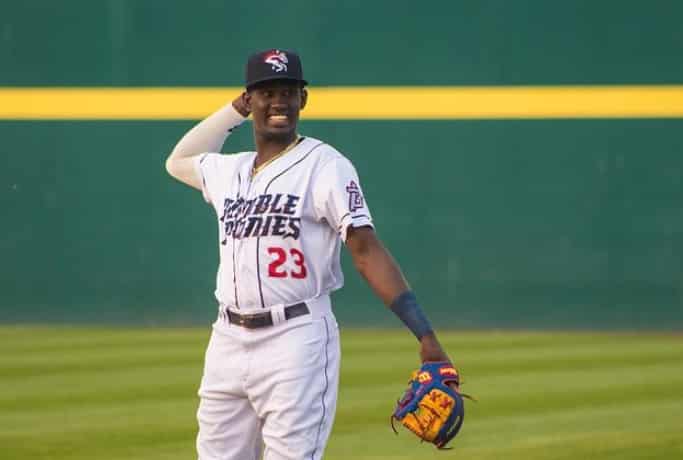 When Major League Baseball announced their failure to reach an agreement with the players on a new Collective Bargaining Agreement on Tuesday evening, the start of the 2022 regular season at the major league level was the cost.

Minor league players have been working out at various spring training facilities for a couple weeks already, however. Most minor leaguers aren’t part of the MLBPA, so they can get to work.

That is, most minor leaguers.

Minor league players who are on the 40-man roster of the organization are part of the players association and are subject to the lockout.

Thirty-seven of the Top 100 Prospects are on 40-man rosters, meaning they'll be unable to play once the minor leagues get going next month. https://t.co/Y8yumFGGWm

In the cases of the Mets and Yankees, two of the top shortstop prospects fall into that category.

For the Mets, Ronny Mauricio is on the 40-man roster and can’t start playing yet. Mauricio is considered one of the top prospects in the Mets’ organization and was on every preseason Top 100 prospect list.

For the Yankees, Oswald Peraza is also subject to the lockout. Like Mauricio, the young shortstop was added to the 40-man roster so his 2022 season is on hold. He is one of the Yankees’ top prospects and has been rising Top 100 lists.

After losing their entire 2020 seasons to the pandemic, this doesn’t help the development of either player. Other players with whom they’re competing for playing time in their respective organizations are able to get on the field and work with minor league instructors and coaches already, but they’re stuck waiting for a deal.