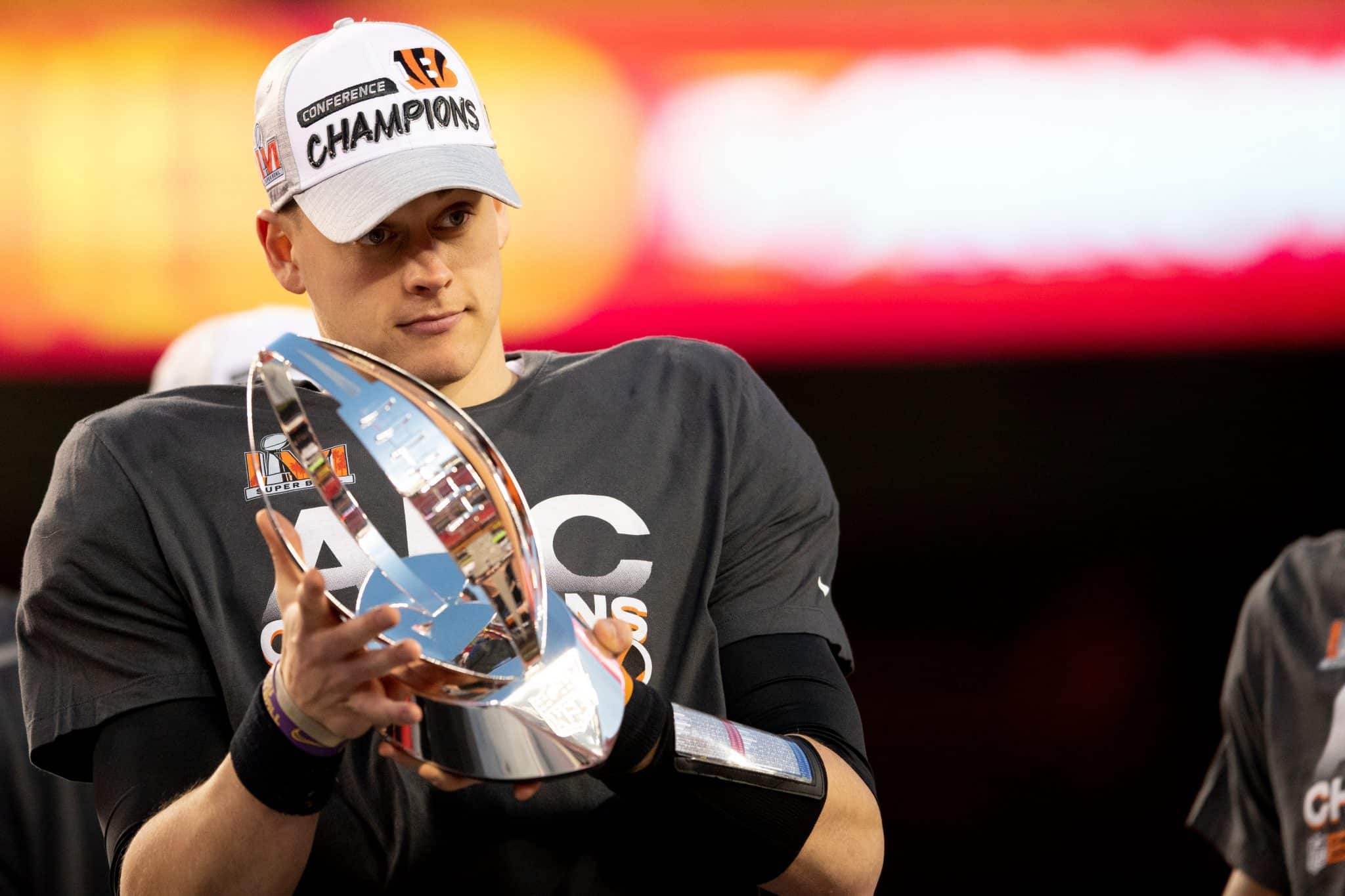 Bengals vs. Rams here we come!

This has been, arguably, the greatest postseason in NFL history. And Sunday’s conference championship games were everything we hoped for in the games determining who would play in the Super Bowl.

Of course the Chiefs would win at home… right? Wrong! Joe Burrow and the Cincinnati Bengals got an overtime interception and walked it off with an incredible finish.

No quarterback has won the Heisman, a national title and the Super Bowl.

Joe Burrow now has a chance to do it all in three years.

In the late game — the battle of California — the Niners and Rams also went down to the final moments. Matthew Stafford has left the mess in Detroit far in the rear view mirror and will now play in his first Super Bowl.

We can’t wait for the game in two weeks. Who ya got?

Words from the new guy

The Giants shared some Sunday motivation from new head coach Brian Daboll. We’re pumped to see what he can do with Big Blue’s offense.

A message from Coach Daboll 🗣 pic.twitter.com/74OVPomIRl

Igot Shesterkin made 40 saves but the Rangers needed a late goal from K’Andre Miller to beat the Seattle Kraken on Sunday afternoon.

They hosted the Minnesota Wild, and the game had everything you would want. Oliver Wahlstrom scored with four minutes left to pull the Isles within one but Minnesota was able to hang on and win 4-3.

On Sunday the Raiders announced their new general manager.

We have hired Dave Ziegler as General Manager. pic.twitter.com/CNmEo7oPa3