The Knicks are playing decent basketball as of late and have won three of four games. However, they’ll have a significant task Wednesday night when Luka Doncic and the Dallas Mavericks come to the Big Apple. The Mavs are fifth in the Western Conference at 22-18 and are on a roll, having won six straight dating back to New Year’s Eve. Dallas has yet to lose a game in 2022 — the Knicks will need to come up big in order to change that Wednesday at Madison Square Garden.

Superstar Mavs point guard Luka Doncic has been on fire lately from a distribution standpoint and has recorded double-digit assists in three of the last four games he’s played. Overall, he’s averaging 9.0 assists per game.

Having said that, expect the 22-year-old to come up big in this category Wednesday night.

DraftKings Sportsbook currently has Doncic at over-under 9.5 assists, with the over carrying +110 odds (a $100 bet would earn you a $110 profit if it were to hit). Thus, DK may be the place to be when it comes to this specific player prop.

Doncic’s assist total at FanDuel Sportsbook is set at 9.5, but the over only possesses +104 odds at the moment.

Look for a generous Doncic to continue his recent run of effectively distributing the basketball in this one.

Two plays on the same guy? You bet, especially when those picks back the best player on the floor.

This is a significant risk here — but in life (and in sports betting), sometimes it can be beneficial to take one.

In six career games against the Knicks, Doncic is averaging 25.5 points per game. Needless to say, he’s been an issue for the orange and blue and that should continue Wednesday evening.

In front of The Garden faithful (and national ESPN audience), expect Doncic to construct a notable performance, which should start right away when the Slovenian hits the first basket of the night.

This bet is +550 at FanDuel Sportsbook and +450 at DraftKings Sportsbook, so obviously, the former book should be your destination for this play. 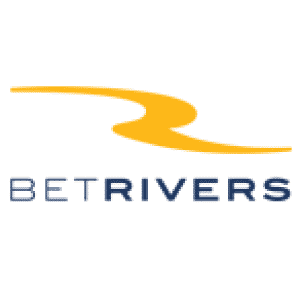 Julius Randle should know better than to mess with the New York fanbase — or New York media. You cannot be portraying a thumbs down toward the crowd — you saw how that worked with Francisco Lindor and Javy Baez, right?

As a result, the fanbase and media crushed the Knicks forward for his actions, and reasonably so.

Well, everyone will forget about this whole fiasco Wednesday night, when Randle is the Knicks’ leading scorer of the night in what is a crucial matchup at Madison Square Garden.

In two games against the Mavericks during the 2020-21 campaign, Randle averaged a whopping 29.0 points per game. He should continue that level of dominance in his first matchup with Dallas this season and hit the over on his points total.