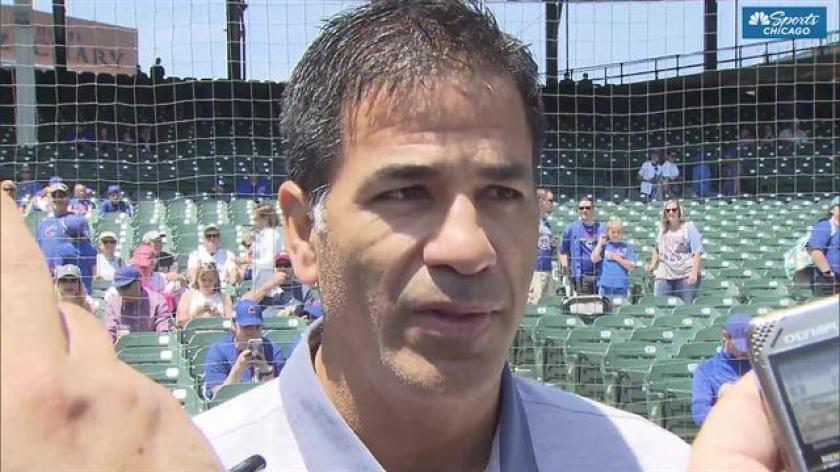 Does anyone want to run the Mets?

As the list of candidates who have turned down the Mets’ front office jobs continues to grow, the names associated with the ongoing interview process becomes increasingly more speculative.

One name that hasn’t come up often but should be an easy target at this point in the process should be Jason McLeod.

Mets president Sandy Alderson meets with the media, suggests they likely hire just a GM and not baseball prez and that there are multiple people under consideration, expresses disappointment in current narrative and belief that NYC is a reason for some rejections by candidates

Who is Jason McLeod?

McLeod was part of Theo Epstein’s inner circle for two decades, with a brief period in San Diego where he worked with Jed Hoyer… who happens to have been Epstein’s protégé.

He actually started working with Epstein in the 1990s while they were both in the Padres organization.

When Epstein took over the Chicago Cubs, he immediately brought in Hoyer and McLeod, both of whom had been with him in Boston. McLeod was initially hired as Epstein’s top scouting and player development executive.

In 2019, the Cubs promoted McLeod to senior vice president of player personnel. He was a critical part of the Cubs’ talent evaluation process for more than a decade. But when Chicago hired Cleveland’s Carter Hawkins as their new GM, McLeod turned down a new contract.

Is McLeod the guy?

This wouldn’t be the first time McLeod interviewed for a GM gig. He reportedly interviewed with the Angels, Giants and Twins and was mentioned as a strong candidate for the Red Sox when Dave Dombrowski left. He also reportedly turned down other interview requests in recent years.

His resume is strong enough to make him a very good candidate for the job. And other organizations that have searched in recent years have been intrigued by him.

The Mets have a glaring need and the clock is ticking on free agency. It’s time they hire someone, and McLeod would be an excellent choice.