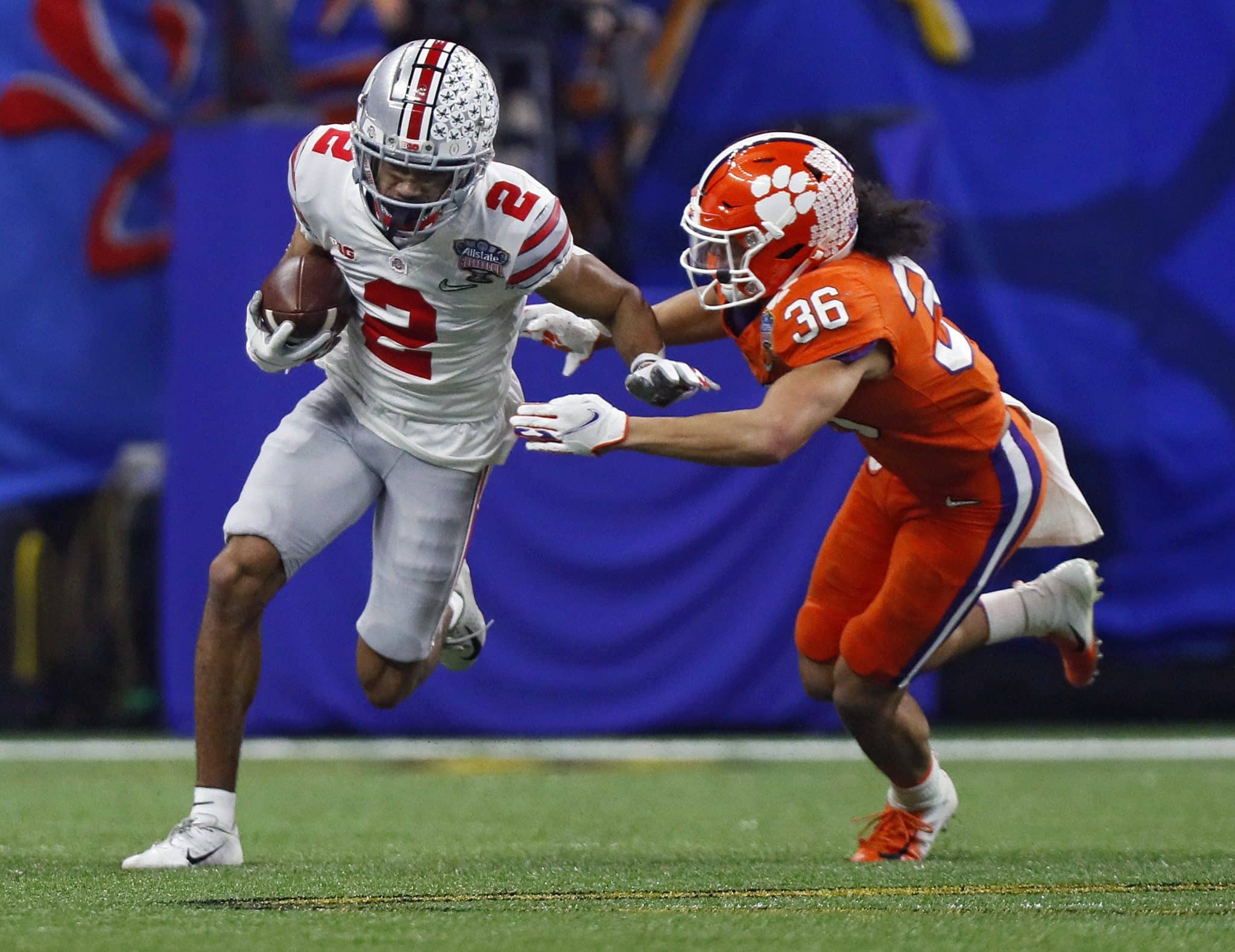 Get open, get deep, take it to the house! Which college receivers will make waves this season?

We’re getting you set for the 2021 college football season this week. Yesterday we ranked the top ten quarterbacks heading into the new year. Now, let’s talk about the guys catching the ball outside: the receivers.

Ohio State has arguably the top 1-2 punch in college football this year but there are lots of talented players looking to make a name for themselves.

Here are our top ten wide receivers heading into the new season. Let us know who we missed and who you’ll be watching this season!

In a short season last year, Olave had 50 receptions for 729 yards and seven touchdowns. He’ll be one of the two featured receivers in the Buckeyes’ offense this season and will have NFL scouts watching him all season.

If you’ve been paying attention to Alabama (or the NFL Draft) the last few years, you know their No. 1 receiver is a stud with top NFL potential. Metchie took advantage of increased work when Jaylen Waddle got hurt last year and will look to build on that success with both Waddle and Heisman Trophy winner DeVonta Smith in the NFL.

Many of the names on our list will have new quarterbacks with limited experience at the college level. That isn’t the case for London, who will be the top target for Kedon Slovis this year. He’s paid his dues and will now step into a big role for the Trojans.

Nevermind the questions about the starting quarterback in Columbus, the Buckeyes have arguably the best receiver tandem in the nation this year. Wilson put up 43 receptions for 723 yards and six touchdowns last year.

Moore led the Longhorns with 30 receptions and 472 yards last season, taking nine to the house. Off-field issues have impacted his production in the past but reports out of Texas are that he’s developing good rapport with quarterback Hudson Card in Steve Sarkisian’s offense.

Wheels for days! Mims caught 37 passes for 610 yards and nine touchdowns last season in limited action. He’s also an elite returner who can change the field for the Sooners. His big-play ability will be key as Spencer Rattler chases the Heisman.

A freshman All-American last year, Boutte scored five touchdowns last year and saw increased action after Terrace Marshall opted out in November. Like Alabama, LSU has produced plenty of pro talent at the receiver position in recent years and Boutte is the latest to be the guy in Baton Rouge.

Ross missed last season but not because of COVID; he was dealing with congenital fusion in his spine. He had two productive seasons as a freshman and sophomore before missing 2020 and will be a focus in the offense this year with a relatively new starting quarterback.

Yes, a case can be made the top receiver in the Big Ten not on Ohio State’s roster is at Indiana. The Hoosiers have a talented, veteran quarterback returning and last year’s leading receiver, Whop Philyor, is in the NFL. Fryfogle led the Hoosiers with 721 receiving yards and seven of his 37 receptions went for touchdowns last season.

One of the bigger bodies on our list (6-3, 225), Burks will take advantage of a wide-open offense at Arkansas this year. He averaged 16.1 yards per catch last season and will move all over the field in the Razorbacks’ offense.