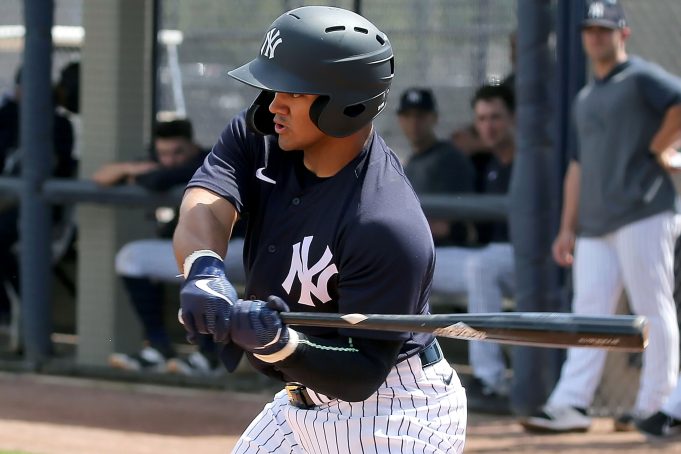 New organizational rankings were released on Monday and New York did not place well.

These updates take into account the development of players in the minor leagues; there was no minor league baseball played last year, so there has been a lot of movement in individual rankings.

It also accounts for players who have graduated from being designated a prospect by promotion. Some of the top prospects in baseball, including Tampa’s Wander Franco and Seattle’s Jarred Kelenic (formerly of the Mets), have earned exclusion from their rankings.

Predictably, four teams with current playoff aspirations rank at the bottom of the list: Oakland (27), Philadelphia (28), Houston (29) and the Chicago White Sox (30).

The Seattle Mariners, even without Kelenic, are now the top ranked system in MLB. They are followed by the Baltimore Orioles and Kansas City Royals.

Here’s what BA had to say about the two teams in New York.

Comments: “The Yankees have had a large number of prospects take steps forward in 2021, led by SS Anthony Volpe. Several of those breakout prospects were then dealt away at the trade deadline.”

Comments: “Big seasons by Alvarez and Baty have helped, but the Mets also have had to deal with RHP Matt Allan’s injuries as well as a trade that sent away OF Pete Crow-Armstrong.”