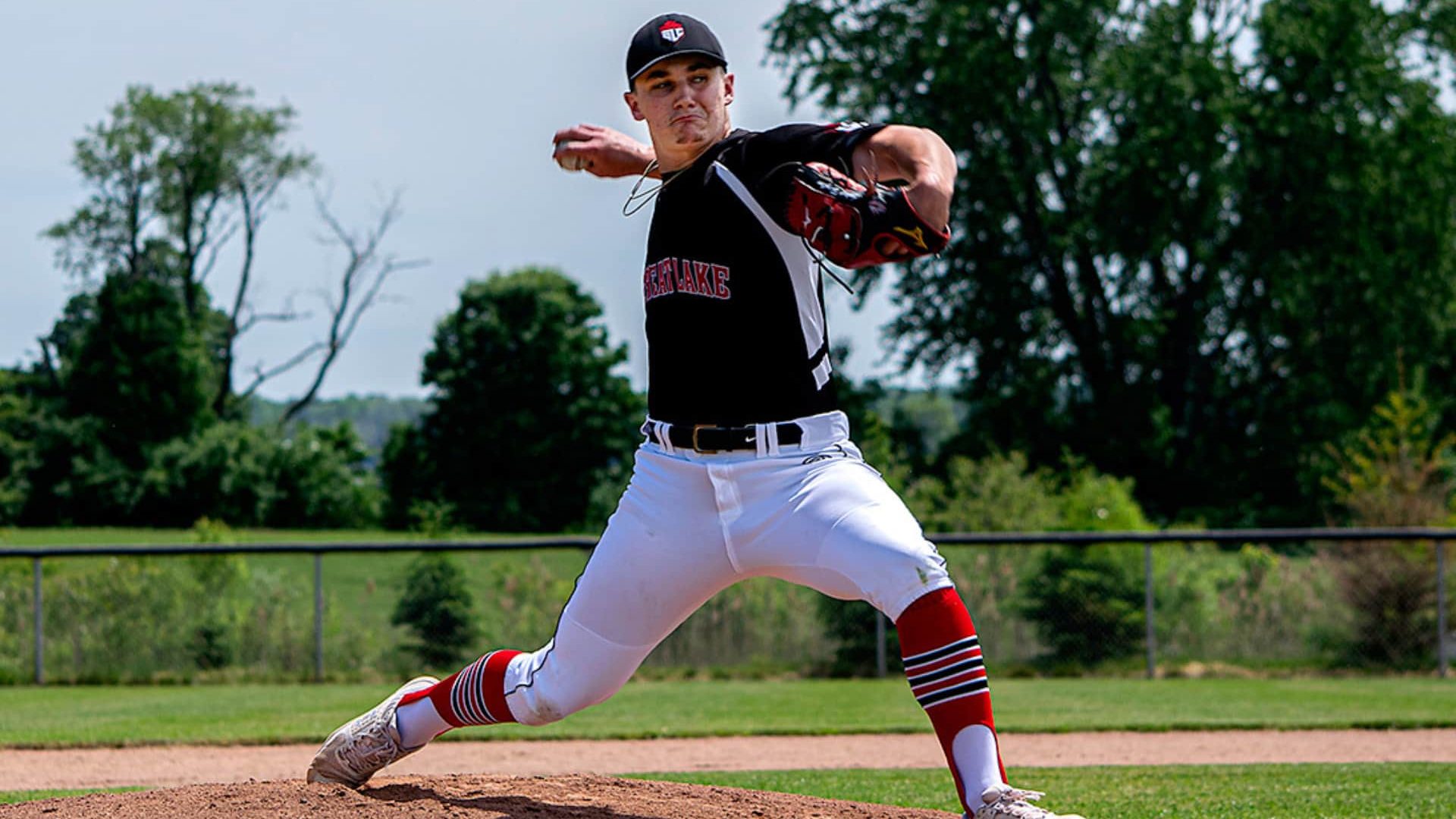 After drafting Kumar Rocker Sunday night, the Mets have acquired yet another right-hander as the 2021 MLB Draft continues.

At No. 46 overall in the 2021 MLB Draft, the New York Mets have chosen right-hander Calvin Ziegler.

The 18-year-old attended TNXL Academy in Florida and is originally from Heidelberg, Ontario. He has committed to play at Auburn.

The 18-year-old hard-throwing righthander is likely to be the first Canadian high schooler off the draft board this year, though he spent his entire spring playing south of the border to get in some time on the mound while his home province remained under strict pandemic protocols. Ziegler has consistently added velocity to his fastball, getting it up to 97 mph this spring, sitting in the low-to-mid 90s. His curveball is solid-average, and he’s flashed a consistent top-to-bottom breaker with the potential to be a plus pitch. His mid-80s changeup has been good, though Ziegler hasn’t always had a chance to get to it because of his inconsistency with his strike throwing. His stuff has always been there, and he took a step forward with his control earlier this year but recent looks indicate that there might have been some regression. He’s shown an ability to make significant progress in a short timeframe, and has had an improved presence on the mound this year. There’s not a lot of projection left in his 6-foot, 205-pound frame. Ziegler is committed to Auburn, but the interest he’s drawn could easily see him head to pro ball.

Teams could have taken Ziegler, the top prospect in Canada, a year ago, and one might have if the Draft had been longer. They’ll all get another chance as the right-hander is eligible again in 2021. Typically, the Canadian high school set gets scouted wisely when the junior national team makes its annual trip through Florida and plays pro teams during Spring Training. Since that didn’t happen this year, Ziegler came on his own to show off his improved stuff for TNXL Academy.

There’s no question about Ziegler’s arm strength. He’s typically up to the mid-90s in most outings now, though he’s touched 97 mph at times, comfortably sitting at 93 mph. His fastball is at its best when it’s heavy and down in the zone. He can also miss bats with his low-80s breaking ball, which can be a bit of a hybrid pitch, sometimes with more of a slider look and sometimes with more vertical break to it.

One of the keys to Ziegler’s development will be his changeup, a pitch he has but doesn’t throw often at this point. The other will be his command, which has come and gone this spring. He’s aggressive and goes right after hitters, but has had trouble consistently throwing strikes, leading some to worry a bit about a reliever profile. He’ll head to Auburn should the Draft not go his way.