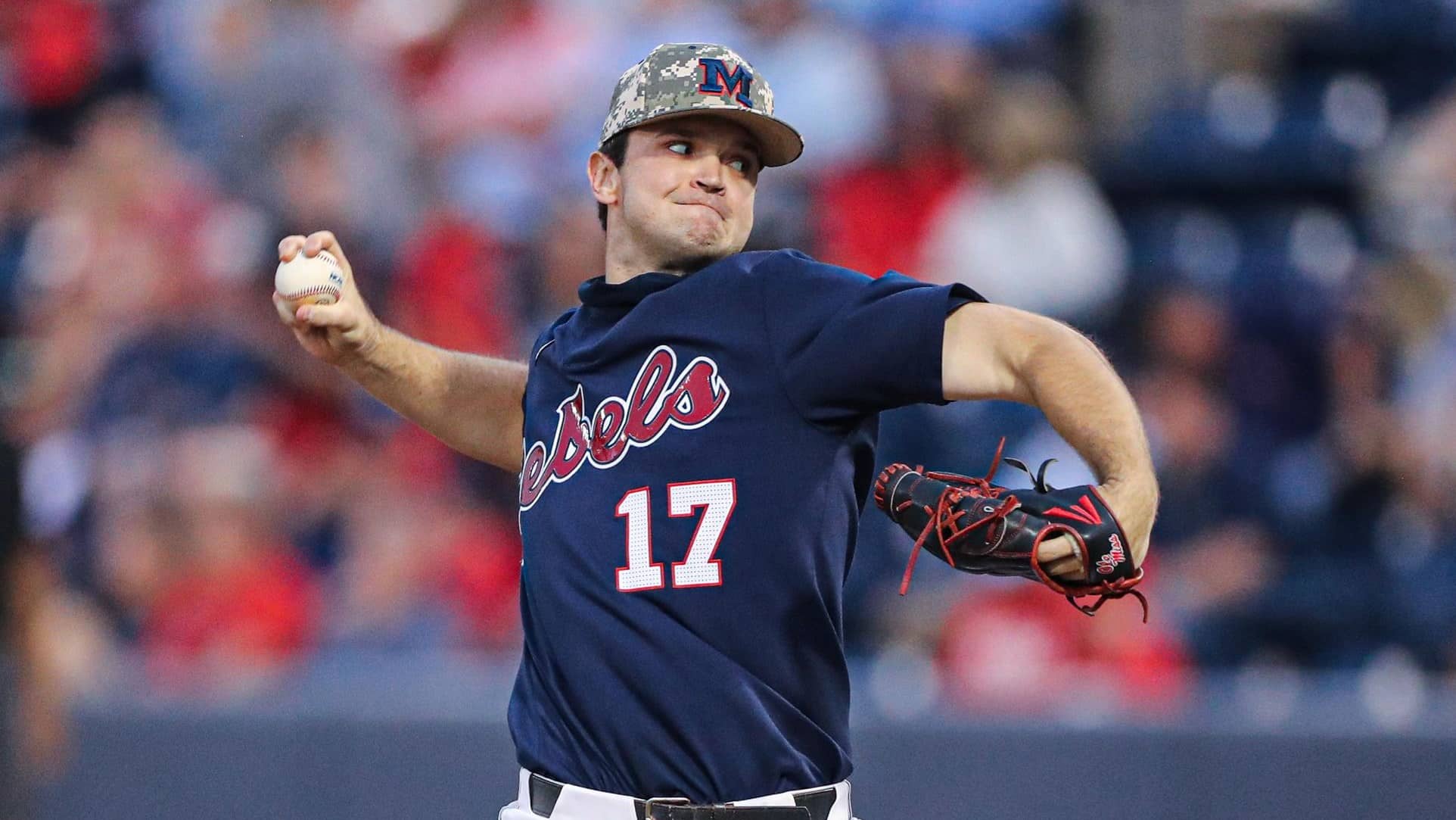 The 2021 MLB Draft is coming soon and the Yankees will be on the clock at No. 20 overall. Who will they select?

The 2021 MLB Draft is less than three week away (July 11). If you’ve been watching the College World Series, there’s a lot of talent in the collegiate ranks to be excited about as we get closer to this year’s selections.

In the upcoming draft, the New York Yankees own the 20th overall selection. While this pick won’t make an immediate impact at Yankee Stadium, the pinstripes have to be thinking about the short-term and long-term future of the franchise when they call a name.

Who do the experts think the Yankees will select when they’re on the clock? We looked at a few early mock drafts back at the end of May.

Comments: “Plenty of names have been tied to the Yankees, so they are tricky to figure out and it should be clear that at this point every team is difficult to peg. The number of players who are in legitimate consideration at the back of the first round is usually wide and this year perhaps wider than normal. A power arm like Bachman could go higher than this and just in terms of stuff, this would be great value for a New York organization that has never lacked for high-octane fastballs.”

Comments: “As usual, the Yankees are tied to a number of players this spring both because they have a lot of high-level scouts and people pay attention when they’re in the yard. They’ve shied away from prep arms at their top picks in the past, but it looks like they’re taking a longer look this year. If Painter gets much further down than this, he is a leading candidate (along with Hoglund) to be floated to a big bonus in the 30s. Bednar, Nebraska SS/RHP Spencer Schwellenbach and some of the prep bats a few picks ahead have been tied here.”

Comments: “The Yankees wouldn’t mind if Benny Montgomery made it here, but save that, they’re not afraid of taking a Tommy John surgery guy like Hoglund and could also look at Florida high school right-hander Andrew Painter.”

Comments: “Since 2018, the Yankees have picked only five pitchers in the top five rounds, and it is by design. They go bats early and pitchers late, and trust their player development folks to improve velocity and spin rates. New York has favored athletic up-the-middle types with strong hit tools rather than big power (Blake Rutherford, Anthony Seigler, Anthony Volpe, etc.), and Taylor fits the mold. He’s committed to play baseball and football at Clemson, and he’s shown he can hang with the draft’s elite prospects in showcase events. Whichever team drafts Taylor will bank on him making big gains once he focuses on baseball full-time.”

Comments: “The Yanks have been all over prep talent, but we think a gift falls in their lap. New York hasn’t taken a college starter with their first pick in the draft since Clarke Schmidt in 2017, but we think that trend ends in 2021. There’s been some mumbling that Madden could slip a bit as of late and the Yankees would be more than happy to let Madden fall into their lap. He’s been a workhorse in a pitching-rich Texas staff this year, leading the team to a top two national seed in the tournament. Madden posted a 2.59 ERA across 94 innings with a 110:35 K:BB ratio. He’s touched 99 MPH with the fastball and has sat in the mid-90’s for a good majority of his campaign. There’s times where the fastball can get flat, but it’s a plus offering. He’s shown an ability to manipulate a slider this year, a mid-80’s offering that has plus potential. There’s a change-up in his arsenal, though it’s inconsistent. There’s reliever risk here, but if the Yankees can develop the change-up, he’ll fulfill his ceiling of a mid-rotation arm.”

Comments: “Solometo has really come on as the spring has progressed, missing a ton of bats and pounding the strike zone, with the Yankees one of the teams most visible at his starts.”