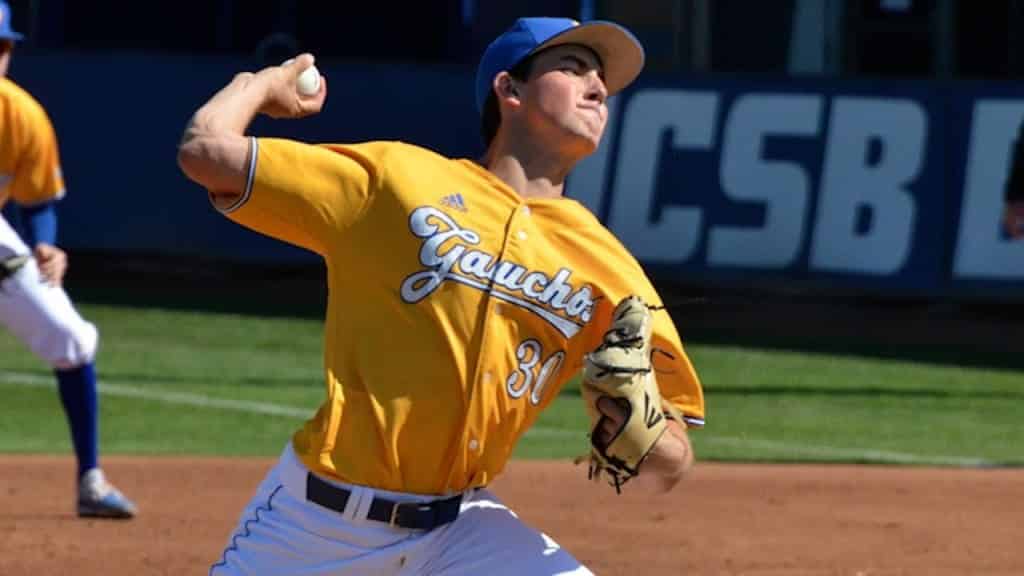 Whose name will be called by the Yankees in the 2021 MLB Draft this July?

Starting pitching has been dominant for the Yankees lately. But on July 11, the Pinstripes will add another name to the future of the franchise.

The Yankees own the 20th overall selection in the 2021 MLB Draft. Even though pitching has been terrific at the major league level and the Yankees have solid depth at the top of the organization’s depth, the experts appear to believe the Yankees will add another arm to the stable.

Let’s take a look at some of the names linked to the Yankees in recent mock drafts.

Comments: “Painter is no longer considered the top high school righthander in the class, but he’s pitched better later in the season than he did at the beginning, has a great pitcher’s frame and perhaps the best command in the high school class. He has a plus fastball and changeup and throws both a curveball and slider that are solid as well. It’s been a while since the Yankees have drafted a high school righty in the first round, but they could be in a spot to take Painter or a player like Chase Petty this year. They’ve also been scouting Ryan Cusick, who could make sense in this spot, but has been slipping a bit.”

Comments: “College pitchers who scouts feel confident can start always creep up and McGreevy keeps moving up boards with good size, stuff and feel for pitching, not to mention an eye-popping 100/8 K/BB ratio.”

Comments: “Another 70-grade fastball still on the board here late in the first round, Cusick has piled up 94 strikeouts in 58.2 innings this spring. He’s also walked batters at a 3.8 BB/9 clip and posted a less-than-dominant 4.14 ERA, but a fastball that touches 102 mph can’t be taught. The Yankees system is loaded with high-octane arms, so he fits the type of player they tend to target.”

Comments: “Taylor is largely getting lumped together with Montgomery, Watson and Ford, as the prep bats in the middle of the round, so the exact order will be mostly a function of team preference. Taylor is a Clemson football commit like Chandler, but as a slot receiver. He also won a state championship as a quarterback and has three state titles in wrestling.”