The Mets are in first place, but injuries have forced them to make it work for too long.

It’s the first weekend in June and the Mets — somehow — are in first place. With a laundry list of injuries that have taken most of the significant players out of action at some point, it’s a miracle they’re on top of a competitive division.

The good news is the Mets’ starting rotation appears to be rock solid. Taijuan Walker has complimented Jacob deGrom and Marcus Stroman well. And they’re starting to get good production from their highest-paid player, Francisco Lindor.

So what do the Mets need to look for before the trade deadline? Let’s take a look at three players the Mets should target.

Escobar could be the right fit for the Mets at third base. Unfortunately for the Mets, it appears Kris Bryant’s cost is skyrocketing in Chicago as he has returned to his MVP form. And the Cubs are in first place, making them less likely to sell their superstar.

But Arizona is in the cellar and will likely look to move veterans. Escobar, 31, is in the final year of a contract with a $7 million luxury tax number and has been a solid, versatile player for the Dbacks. He has a .756 OPS with 13 home runs and 39 RBI entering Friday. In his walk-year, he could be a good rental upgrade for the Mets.

Fry, 28, is having a terrific season out of the bullpen for the Orioles. Entering Friday he has 32 strikeouts in 21.2 innings and has been a great left-handed asset out of the bullpen in Baltimore. He has a career WHIP of 1.33, but it’s down to 1.02 this season.

However, Fry is heading into his arbitration years and his performance this year could make that an expensive proposition for the Orioles. He’s still young enough that the Mets could get some good run out of him over the coming seasons. He could be a dynamic option at the back end of the Mets’ bullpen to compliment Edwin Diaz. 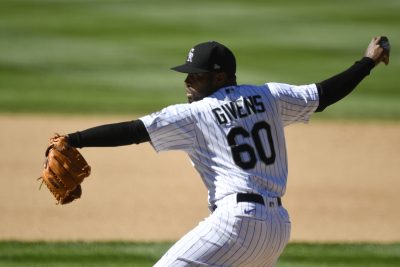 Givens, 31, is playing with the Rockies on a one-year deal worth a little over $4 million, which makes him a prime trade target for teams looking for bullpen help. He’s been decent for the Rockies; he has 19 strikeouts in 18.1 innings entering Friday.

If the Mets look to bolster their bullpen, Givens could be a buy-low rental target to give them another weapon to help in the back end. He had 49 holds between 2016-18 and 11 saves in 2019 for the Orioles.