New Era has committed crimes against baseball caps and ESNY will not stand for it.

Well, you might want to re-think that decision going forward. New Era recently released their “Local Market Pack” group of caps for all 30 MLB teams. They are, in a word, atrocious. 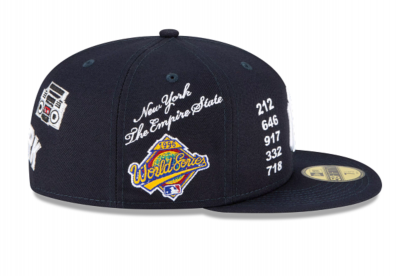 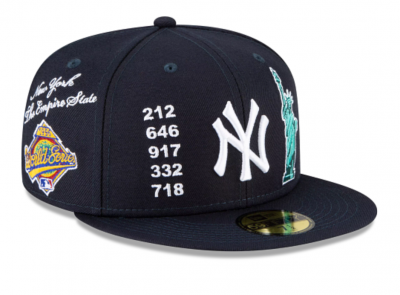 The Yankees one is just goofy. I can just imagine the meeting going like, “Hey, let’s put the Statue of Liberty on one side of the logo, and all of New York City’s area codes on the other! And how about a boombox and pizza on the back??”

First things first, 332 hasn’t even been an area code for five years yet and thus isn’t officially part of the conversation. 347 should be highly offended. Also, a boombox and pizza? Are New Yorkers just a bunch of loudmouths who blast music and eat pizza all day? And even if we are, SO WHAT?!?!?!

The caps only get worse. The Miami Marlins have a palm tree and an orange. Houston Astros fans can rock not only the H-Star, but a ten-gallon hat and the official state flag of Texas. The Milwaukee Brewers feature, shocker, beer and cheese!

New Era, cities are more than their stereotypes and cartoonish depictions thereof. Next time, maybe research some actual regional history?

I think I speak for all New Yorkers when I say this. New Era…