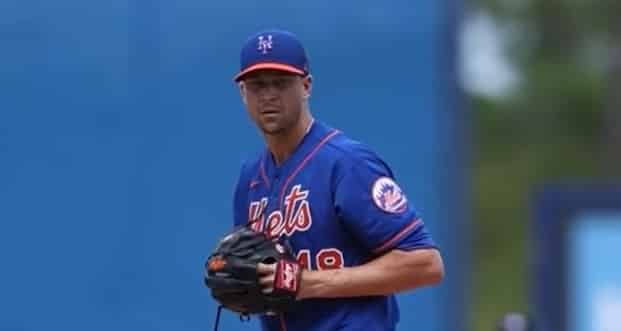 This is the first time since 1979 that the monthly winners for both leagues were from New York.

Gerrit Cole & Jacob deGrom are your AL, NL Pitchers of the Month. pic.twitter.com/Icp312urM2

deGrom’s month was ridiculous. In five starts, the Mets ace allowed 16 hits and walked four while striking out 59 in 35 innings. He was obscenely dominant, posting a 0.51 ERA during a month in which he had three consecutive starts with at least 14 strikeouts. His 50 starts over his first four starts is an MLB record, breaking the mark set by Nolan Ryan and tied by Shane Bieber.

This is the first time deGrom has been named Pitcher of the Month. He is the first Mets pitcher to win the award since Matt Harvey in 2013.

Cole, on the other hand, has won four of the past seven American League Pitcher of the Month Awards.

In six starts in April, Cole struck out 62 batters against only three walks. Cole’s 62 strikeouts were the second most by a Yankees pitcher in any calendar month; Ron Guidry struck out 64 in June 1978 — the year he won the American League Cy Young Award. Cole posted a 4-1 record with a 1.43 ERA in April.