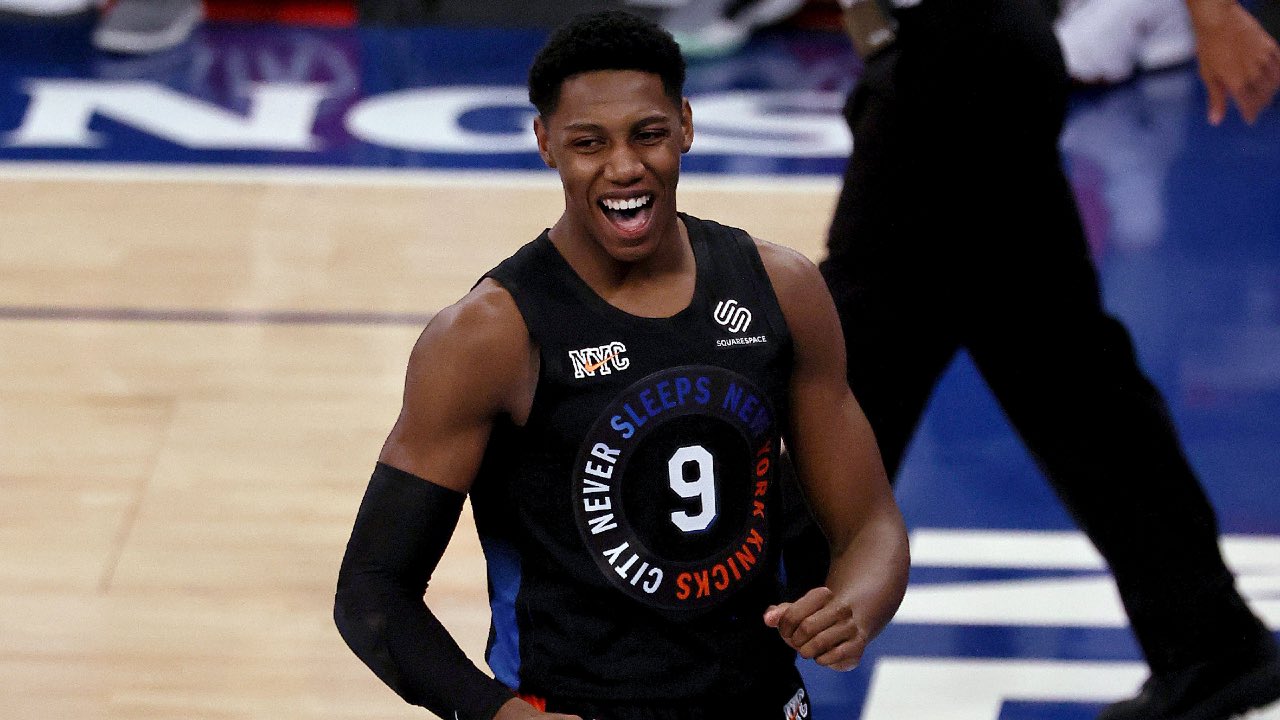 The New York Knicks went for their ninth straight win against the Toronto Raptors, who sought their fifth consecutive victory.

The red-hot New York Knicks put their eight-game winning streak on the line when the last place Toronto Raptors paid a visit for a Saturday matinee.

Despite their rough spot in the standings, the Raptors arrived on a streak of their own. Toronto entered Saturday having won four straight, including an upset of the No. 1 Brooklyn Nets on Wednesday.

Surely, the Knicks were hungrier, healthier, more driven than the lowly Raptors, right? After catapulting to the No. 4 spot in the Eastern Conference, what was next in New York’s bag of tricks?

The New York Knicks managed to lead 30-26 after the first quarter and overcame a 8-0 Toronto run thanks to Julius Randle. The MVP candidate continued to play the best basketball of his career with an eye-popping 13 points and four rebounds in the first. Randle also continued to shoot well from three, sinking 3 of 4 from long range.

On the defensive side, New York continued to perform well. The Raptors shot just 4 of 13 from three and relied largely on the paint. Though a close game, they’d need to adjust soon.

A grand total of 67 points were scored in the second quarter, 33 of which came via the three-pointer.

For context, a grand total of 11 threes were drilled. 33 points. Even stranger is that’s exactly how many points the Toronto Raptors scored in the second.

Even so, the New York Knicks maintained control. When the Raptors narrowed the gap, New York punched back harder. Reggie Bullock made three consecutive threes himself, and Randle continued to play well and had 20 at the half.

What was the reason for all of this scoring? Maybe Michael Jordan won a jackpot playing slots in Atlantic City and the energy carried up the Turnpike to MSG? Either way, the Knicks led 64-59 at halftime despite losing both RJ Barrett and Taj Gibson to foul trouble.

Now, they just had to keep it up for another half.

The Raptors made it a close game with an early 10-2 run out of halftime. This meant the New York Knicks had to clamp down on defense. The strategy worked and they led 88-83 headed into the fourth, but it was clear Toronto meant business.

Randle continued to play well, and Barrett too was starting to heat up late in the third. Derrick Rose was great off the bench, but the defense needed help. Who would step up to help Nerlens Noel?

One way or another, the Raptors meant business. Further bad news for the Knicks, neither Alan Grant, Ellie Satler, or Ian Malcolm were available to help.

It was a full team effort too, as Obi Toppin sunk a pair of threes and RJ Barrett exploded. Julius Randle fought his way to another big game, finishing with 31 points and 10 rebounds.

The Raptors put up a good fight, but were ultimately vanquished. All that was left for New York to bellow in victory!

Player of the Game: RJ Barrett

Barrett proved the ultimate closer, scoring 12 of his 25 points in the fourth quarter. He also added 12 rebounds. Just watch. He’s only going to get better.