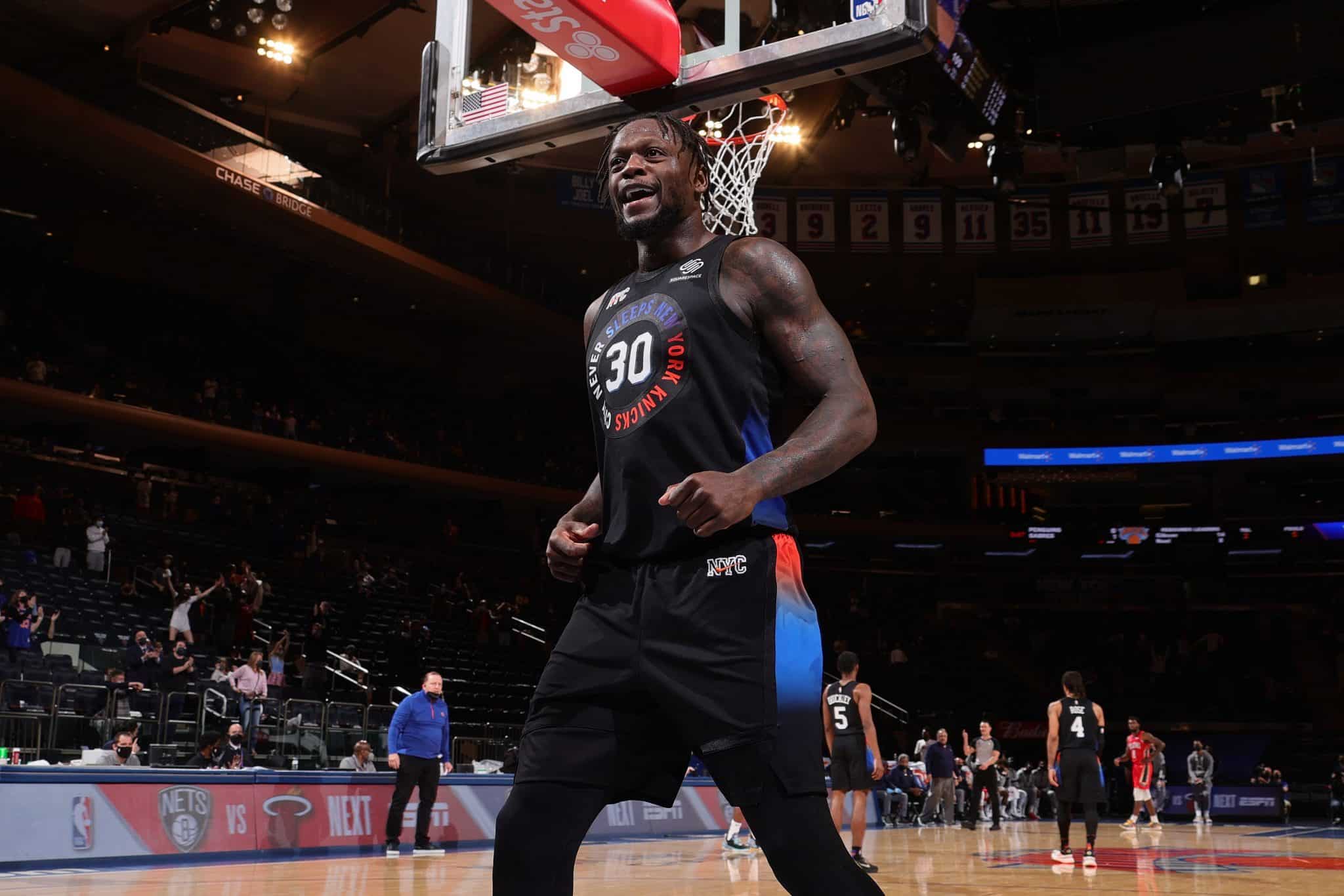 The New York Knicks would be the No. 4 team in the Eastern Conference if they beat the Atlanta Hawks at MSG on Wednesday night.

The New York Knicks vs. the Atlanta Hawks.

North vs. South. Mason vs. Dixon.

Though not nearly as bloody a battle as the Civil War, Wednesday’s game between the Knicks and Hawks was definitely intense.

It wasn’t enough New York was going for its eighth straight victory. That alone was unprecedented and hadn’t happened since 2013.

Even more unprecedented was that with a win over Atlanta on Wednesday, the Knicks would be the No. 4 team in the Eastern Conference. Even better, the Hawks were the No. 4 seed coming into the contest.

Would the Knicks rise to the occasion and keep the streak alive, or would the Hawks swoop in and end it?

The New York Knicks trailed 39-34 after one and simply could not stop Hawks star guard Trae Young. The former first-round pick went off for 16 points and five assists in the first as Atlanta went on a 14-0 run and never looked back.

Thankfully, the Knicks shot 60% from the field in the first half and 75% from three. Were it not for seven turnovers, they could have led big after one quarter. Taking care of the ball better had to be a priority, and so did stopping Trae Young.

The New York Knicks controlled the second quarter on the back of another strong performance from Derrick Rose. The veteran point guard scored ten of his 12 points as New York outscored Atlanta 33-30. Julius Randle also continued his case for MVP and made three shots from downtown to give himself 20 at halftime.

The Knicks still trailed 69-67 at the half, and probably would have led if not for sloppy defense in the last couple of minutes. Still, they continued with the hot shooting when they needed to.

The third quarter would have been a nice change of pace, but was simple hard-hitting basketball. Unfortunately, the momentum did not favor the New York Knicks.

As if trying to contain Clint Capela in the paint wasn’t enough, the Knicks were bit by the injury bug. Nerlens Noel went to the locker room after taking an elbow to the jaw. This wouldn’t be bad, except Taj Gibson had already exited with an eye laceration.

Nor was Atlanta immune from injury, as the Hawks lost young to a serious ankle injury. Despite that, the Knicks still trailed 97-90 entering the fourth.

At one point, it looked like the New York Knicks had this game in the bag. They took a big lead over the Hawks with a 15-0 run, and then overcame a subsequent 9-2 run from Atlanta.

Bogdan Bogdanovic had other ideas, hitting a corner three with just over six seconds left to tie the game at 122. Randle couldn’t get the game-winning shot off in time, and onto overtime we went!

Overtime: Gone With the Win

No regulation win? No problem! New York got hungrier in overtime and controlled the extra frame from start to finish.

Five different Knicks scored in overtime including RJ Barrett, who had 13 of his 16 points after halftime despite shooting just 6 of 18. Team basketball was on full display as the Madison Square Garden crowd roared.

Cut to the final buzzer and the New York Knicks not only won their eighth straight, but were officially the No. 4 team in the East.

Player of the Game: Julius Randle

Randle continued his push for MVP with 40 points (on just 21 shots), 11 rebounds, and a whopping six threes.