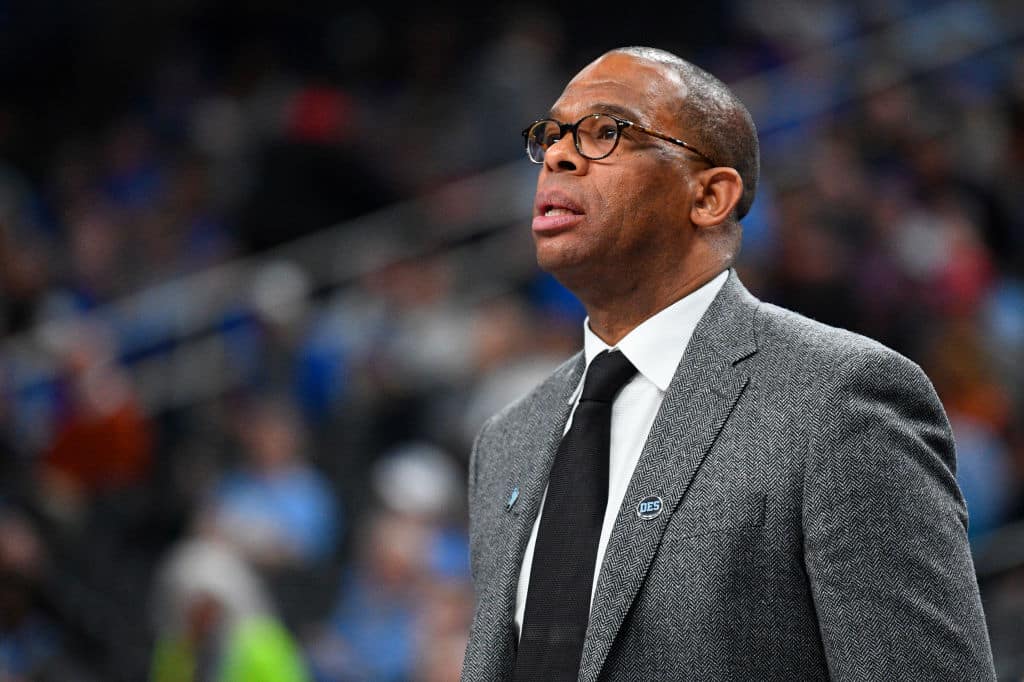 The North Carolina Tar Heels have hired Hubert Davis to succeed Roy Williams, according to Gary Parrish of CBS Sports.

North Carolina has reached an agreement in principle to promote Hubert Davis to head coach, according to @clbrownhoops. So a Roy Williams assistant, and former Tar Heel, will succeed the Hall of Fame coach.

The 50-year-old Davis had served as an assistant on Williams’ staff since 2012 and also played for the Tar Heels under the legendary Dean Smith. Davis was then drafted by the New York Knicks in 1992 with the No. 20 pick. He played 12 NBA seasons with six teams, mostly as a three-point specialist.

Davis now takes over for a Hall of Famer in Williams, who won 485 games for North Carolina since taking the helm in 2003. In that time, Williams won three national championships for the program. Williams also spent over a decade coaching the Kansas Jayhawks and retired with 903 wins. To say Hubert Davis has big shoes to fill is an understatement.

But Davis certainly has his work cut out for him. The Tar Heels suffered a first-round defeat in this year’s NCAA Tournament. It was the first time Williams lost in the Round of 64. UNC was also set to miss the NCAA tournament outright in 2020 before the COVID-19 pandemic led to the big dance’s cancellation.

Hubert Davis must now, essentially, rebuild a program in an increasingly competitive ACC. Tony Bennett’s Virginia defense isn’t going anywhere, nor is Leonard Hamilton’s strength and physicality at Florida State. Only a fool sleeps on Syracuse, and we all know Chris Mack will bring Louisville back to the spotlight in no time.

And don’t forget Duke who, despite missing the tournament this year, will always be a looming presence when Coach K is in charge.

This was ultimately a safe hire for North Carolina. Given Hubert Davis’s deep ties to the program, here’s hoping it’s a smooth transition.

Business Insider thinks the 2019 Knicks would beat the 1996 Bulls