Are there enough positives in the NFL’s expanded 17-game regular season to justify the negatives?

It was Tuesday when the NFL owners officially agreed to an expansion of the regular-season schedule. Beginning in 2021, teams will take part in 17 regular-season games in comparison to 16, which had been the case since the 1978 season.

This expansion of the schedule had been debated amongst fans, amongst the media, and within the league for quite some time.

Starting this year, it’s finally occurring. And it’s a great change…for some.

This, in turn, is phenomenal for the league.

But notably, those outlets are where the NFL gets its money from. 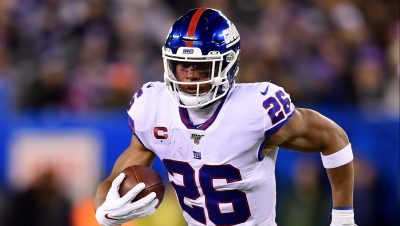 But what drives the love, the popularity, the recognition, and thus, the money?

The players. And the 17-game schedule does not gear towards the wants and needs of these talented and exciting individuals who make the league what it truly is.

Now I can’t sit here and tell you just how tiring it is to play a 16-game schedule within a 17-week period, plus postseason games if you and your team are lucky enough to make it that far. That’s not fair of me to do, because I am not a professional athlete so I have no idea what your body truly goes through all year long and how it feels from a physical standpoint.

But what I can tell you is this: It’s not easy whatsoever. It’s not 100% safe at all and the pain and suffering are why some guys retire so early — notably Andrew Luck at 29, Calvin Johnson at 30, and a multitude of running backs in their early 30s as well.

Increasing the number of games played will make it that much more difficult. One extra week of mental and physical preparation per season; one extra week of workouts; one extra 60-minute period of a violent game in which injury is at risk every single play.

Player safety is far down the list, if it’s even on it to begin with.

And to think, will this lead to some players refusing to play? Will some players sit out as a means of protesting this new scheduling format?

If star players were to take a stand against this major alteration, would the league listen?

The easy answer would be “no.” But again, a legitimate protest from some players hasn’t officially formed yet. That’s not the say it won’t though; the regular season isn’t set to commence until September.

More football is better football, sure.

But not for everyone.

It’s better for those who watch it, those who cover it, and those who profit off of it. It’s not better, however, for the players; the individuals who sacrifice their bodies to make the league exist.