The Knicks young stars are getting their own limited edition bobbleheads. 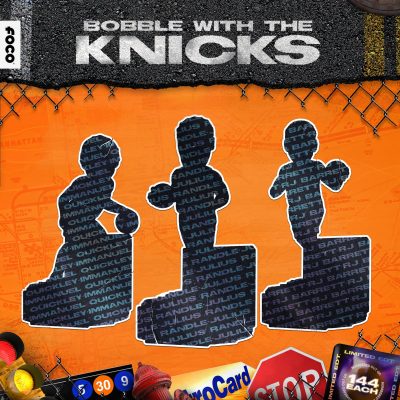 Julius Randle, RJ Barrett, and Immanuel Quickley will get the superstar treatment. Each piece will be limited to 144 and are available for pre-sale now on FOCO’s website.

Randle, 26, earned his first career All-Star Game honor this season. He’s averaging career highs in points (23.3), rebounds (10.9) and assists (5.9) and has emerged as a legit star for the Knicks.

Barrett, who was the third overall pick in the 2019 NBA Draft, is also having a career year. He’s averaging 17.3 points and 6.3 rebounds per game.

Quickley has been a fun surprise for the Knicks this season. Initially drafted 25th overall in the 2020 NBA Draft by the Thunder in November, Quickley has become a key part of the Knicks on both ends of the floor.

Make sure you get these great bobbleheads while they’re available!