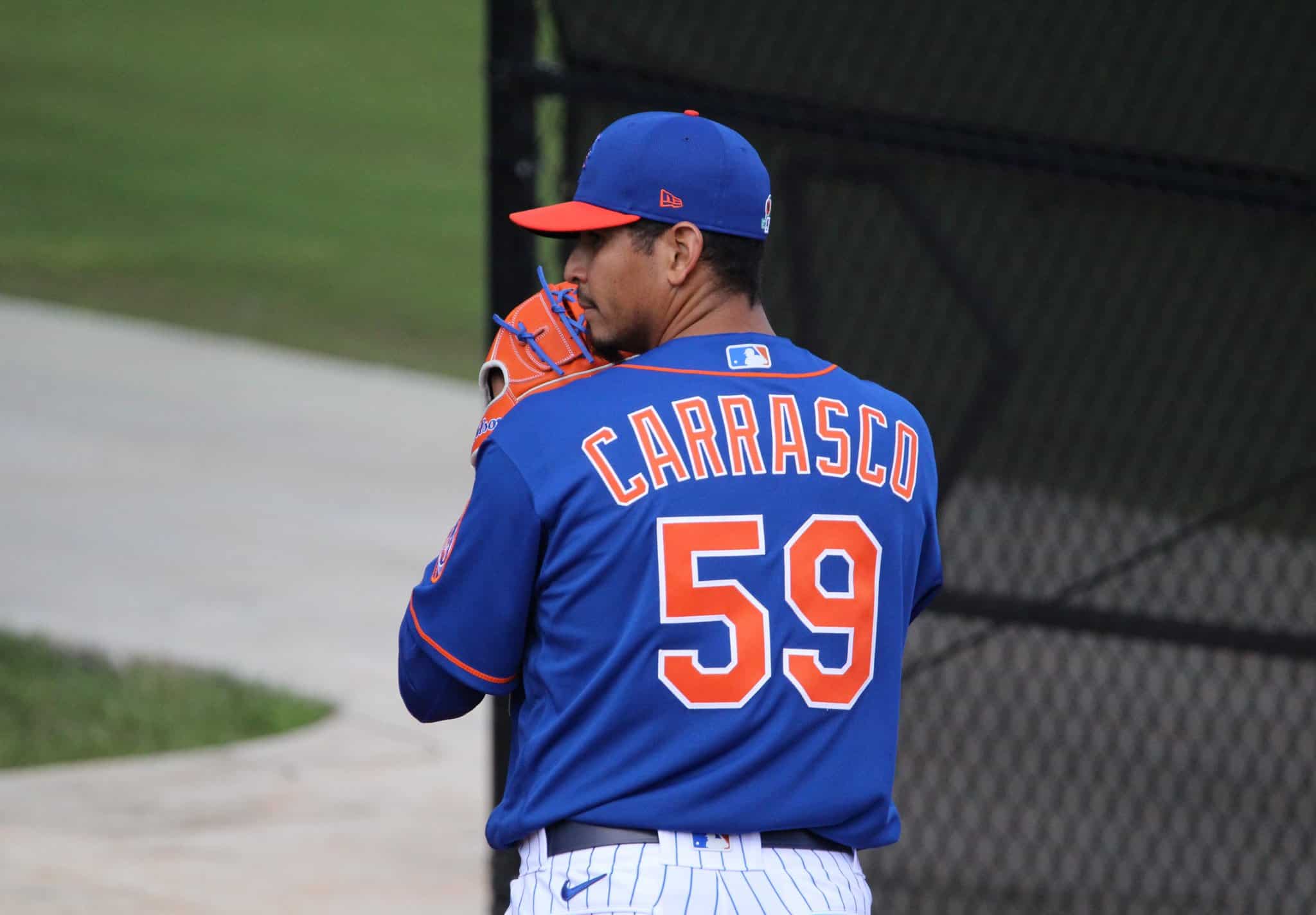 Carlos Carrasco strained a hamstring during his workout today and is unlikely to be ready for New York Mets Opening Day.

New York Mets pitcher Carlos Carrasco injured his hamstring during a workout on Thursday and will have an MRI.

Anthony DiComo of MLB.com reported Carrasco’s injury, and also speculated this could put the veteran righty in doubt for Opening Day.

Carlos Carrasco injured his right hamstring during his workout today, a source confirmed. He will receive an MRI.

No word on a timeline, but given all the factors working against Carrasco at this point, it's exceedingly difficult to think he'll be ready for the OD rotation.

The 34-year-old Carrasco came to New York from the Cleveland Indians in the Francisco Lindor trade in January. He went 3-4 with a 2.90 ERA in 12 starts last year and struck out 82 hitters in 68 innings. Carrasco also drew national attention in 2019 when he was diagnosed with leukemia in June and returned to pitch in late August.

This is not the Carlos Carrasco news the New York Mets wanted so close to Opening Day. Prior to straining his hamstring, Carrasco was working his way back from elbow soreness. He even threw a simulated game on Thursday morning.

But now, the Mets will have to make do without a valued arm. As of now, the rotation behind Jacob DeGrom is looking like Marcus Stroman, Taijuan Walker, and two more arms. It could be David Peterson or maybe Joey Lucchesi. Tim Britton of The Athletic also added the team could opt for an opener.

One way or another, and with Noah Syndergaard still recovering from Tommy John surgery, Carlos Carrasco is a big loss. He is still effective for a 34-year-old veteran and owns a 9.5 K/9 for his career. Carrasco also has 88 wins entering 2021 and could be in a position to notch win No. 100 in Flushing.

But health comes first and until Carlos Carrasco is ready to go, all of that goes on the back burner.

Be sure to stay tuned to ESNY for more updates on Carrasco and anything out of New York Mets camp!