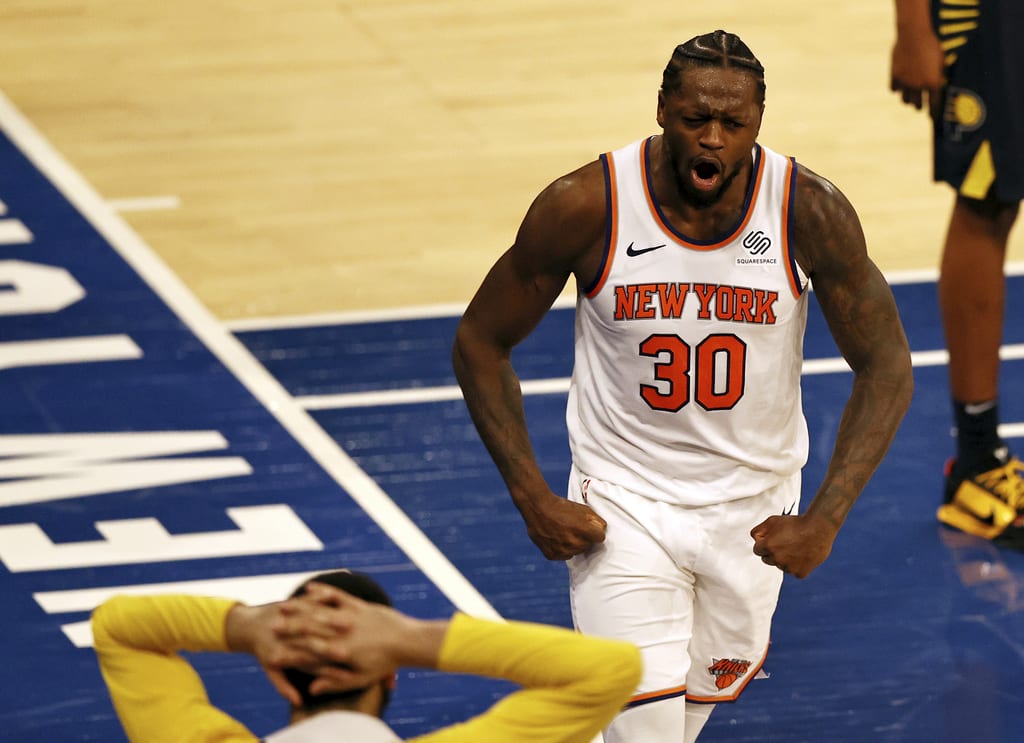 The New York Knicks’ All-Star power forward expressed a desire to remain with the team on a long-term basis.

If the New York Knicks would like to keep Julius Randle around long-term, the All-Star power forward is certainly interested.

On a media call, which featured Marc Berman of The New York Post, Randle made it clear. He enjoys playing in the Big Apple and would love to remain with the Knicks past his current contract.

“When I came here almost two years ago, that was the plan,” Randle said. “I wanted to be here long term. I want to be a Knick. So my thoughts never changed. I would definitely love to be here long term. When we get to that part, sit down and talk, whatever. But right now I’m more so focused on the team, getting a win tonight (vs. Detroit).”

Randle signed a three-year, $62.1 million contract with New York in the 2019 offseason, fresh off a career year with the New Orleans Pelicans. The third year of his deal gives him a nearly $20 million salary, but only $4 million is guaranteed.

The deal is such that Randle could easily be moved to acquire a star at the trade deadline later this month. However, that’s probably not happening.

This is because, under first-year head coach Tom Thibodeau, Julius Randle has found new life. He is having a career season and averaging 23.1 points, 10.9 rebounds, and 5.5 assists per game. Randle is also shooting a career-best 41.2% from three and is a dark horse candidate for MVP.

And we all know the New York Knicks need to re-sign him, especially with this year’s free agency class not as deep as it was a year ago. I even covered this in a story on why Randle should be extended as soon as possible.

The former Kentucky Wildcat wants to stay. If team president Leon Rose is serious about building a winner, his feelings should be mutual.

Stay tuned to ESNY for further updates on this story!