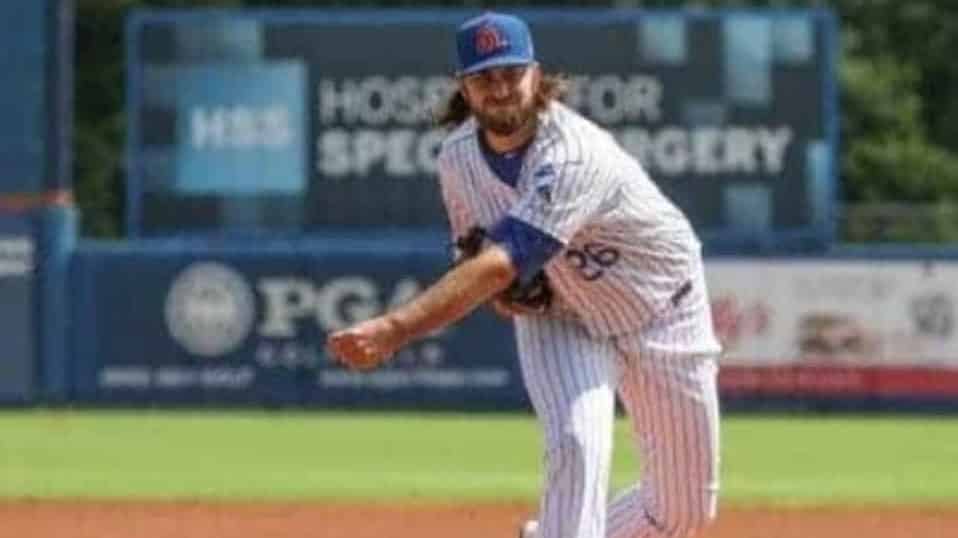 The New York Mets bullpen looked a little rocky in Thursday’s game. Here are some of the highs and lows.

On Thursday afternoon a national television audience enjoyed the New York Mets defeating the Washington Nationals 8-4 on ESPN. Pete Alonso hit a grand slam to lead the offense, but we were focused on the pitching.

Here are five things we took away from this early Spring Training contest against a division rival:

1. David Peterson has the stuff but needs to stay calm.

Peterson had a good two-inning outing only allowing one hit with 16 strikes over 26 pitches. He started off strong then started to crumble as he hit Kyle Schwarber with a pitch and gave up a double to Ryan Zimmerman. After that, he regained his composure as he managed to make it out of the first unscathed with a 1-2-3 second as he dished out some strikes with his fastball maxing out a little above 94 MPH.

2. Jeurys Familia‘s speed is there but his location is not.

Jeurys Familia‘s sinker consistently clocked in around 96 MPH. Yet he just couldn’t find his location as he struggled to throw a strike only throwing 19 of them over his 31 pitches. Despite walking two batters in his inning the side was eventually retired on a flyout to Luis Guillorme.

3. Aaron Loup has a nasty sinker.

Loup pitched a quick inning only giving up a single to Andrew Stevenson. His outing ended with James McCann picking off Yadiel Hernandez. The highlight of Loup’s performance was his three sinkers striking out Carter Kieboom showing just how elite it is.

Dellin Betances explained at the very start of spring training that he felt the best he ever has, yet today’s outing said otherwise. Betances allowed 2 hits, 2 walks, 4 runs, and 1 home run with 4 errors over the one inning he pitched. Part of his tough final line can be attributed to some defensive errors, yet his stuff just wasn’t there and he was virtually unable to command the ball.

5. Trevor May was okay; Robert Gsellman was not.

May had some trouble locating the ball starting out but managed to keep his cool and make it out of the sixth inning without any more issues. Robert Gsellman on the other hand allowed two singles and a walk with a groundout sandwiched in. The damage was minimized as Ronny Mauricio and Jake Hager turned a double play helping the pitcher out of trouble. Hopefully, Gsellman can figure out where he went wrong and work up from there.

The state of the Mets bullpen would make any fan nervous. The team has a lot of great pieces, yet with Familia and Betances unable to locate their pitches there’s the obvious potential for games getting away in late innings if it isn’t fixed soon.