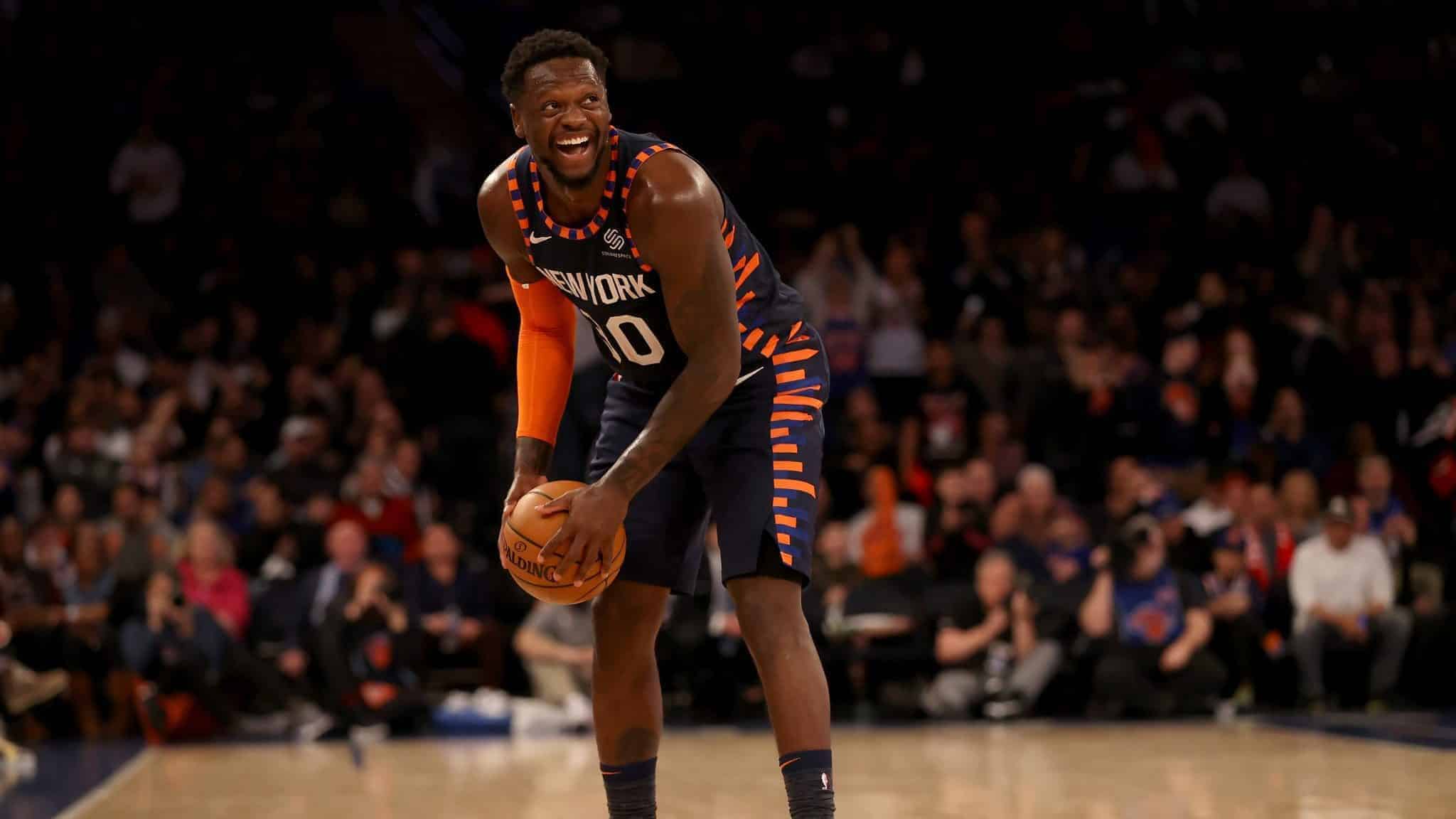 The New York Knicks sought their third win in a row when the Atlanta Hawks paid a visit to Madison Square Garden.

The New York Knicks are 2-1 since reacquiring former MVP and No. 1 pick Derrick Rose from the Detroit Pistons, and entered Monday night on a mission: get the third three-game winning streak of the season.

Standing in the Knicks’ path to victor were the Atlanta Hawks, who you’ll recall New York beat in a thrilling comeback at State Farm Arena on Jan. 4. Since then, both teams have followed a similar path of falling in and out of the last playoff spots in the Eastern Conference.

This time, while the Knicks sought a three-game winning streak, Atlanta hoped to end a three-game losing streak at the Garden. A win would also be the team’s first instance of consecutive wins in almost a month.

And how did things shake out under the lights of the World’s Most Famous Arena? Let’s begin.

1st quarter: Randle in the Wind

Loving my gif recaps means loving my references to my record collection. In this case, it’s because Julius Randle was a one-man NBA Jam for the New York Knicks in the first quarter. The former Wildcat scored 17 points on eight shots in the first quarter, including a trio of threes.

Randle was helped by eight points from RJ Barrett as the Knicks shot an amazing 68% from the field and 75% from beyond the arc. New York led 39-28 after one with momentum fully in their favor.

The New York Knicks had the 66-63 lead at halftime after going through an absolute battle of a second quarter. Atlanta came back storming in the second quarter and outscored New York 35-27.

How did it all happen? Well, it was a combination of Atlanta taking advantage of bad defense from the Knicks along with New York committing nine fouls in the quarter. Not to say the refs were trigger happy with the whistles, but let’s just say I may be blasting some Weird Al at halftime.

One way or another, it was clear at halftime. This game could be a close one.

3rd quarter: Coming from behind

Things got ugly for the New York Knicks out of the half. The Hawks went on a 9-0 run to open the third quarter, and New York didn’t score for the first three-and-a-half minutes.

But soon the Knicks took their turn to get in a groove, and Julius Randle led the charge once again. He scored 12 points in the third, including three more from beyond the arc.

The team led 95-90 over Atlanta after three, with New York hoping to put it away quickly in the fourth.

The fourth quarter went exactly as the New York Knicks needed. RJ Barrett sunk two clutch threes down the stretch and Julius Randle was in another gear en route to a career night. He finished with an astounding 44 points and career-high seven three-pointers on the night.

Throw in 16 points from Immanuel Quickley and some timely defense from Nerlens Noel, and the Knicks dispatched of the Hawks 123-112.

Player of the game: Julius Randle

Just call him Tony Stark, because Randle was Iron Man tonight. On top of his great night, he played 41 minutes. If he isn’t an All-Star, then something’s clearly wrong with the process.