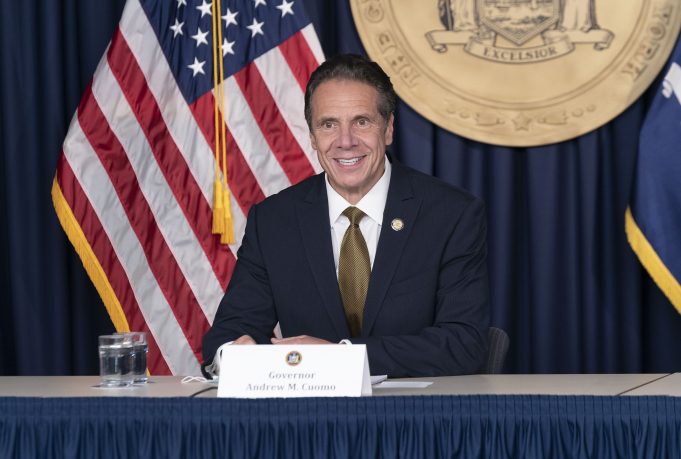 Governor Andrew Cuomo announced that live sports and concerts would finally return to New York on Feb. 23, with new guidelines in place.

At long last, the New York fans will roar.

In his Wednesday COVID briefing, Governor Andrew Cuomo announced that stadiums and arenas in the Empire State can re-open on Feb. 23. Luis Ferré-Sadurní of The New York Times confirmed the long-awaited development in the state’s reopening.

NEW: Starting February 23, stadiums and arenas in New York will be able to reopen for sports and musical performances under strict parameters announced by @NYGovCuomo. pic.twitter.com/t3PULpqbRu

All New York arenas and stadiums have been closed since last March when the COVID-19 pandemic first forced the U.S. to shut down. All of New York’s major sports teams have since played games with no crowds in the seats.

That’s all about to change, albeit under very strict circumstances:

In the first wave of reopening, the Brooklyn Nets will allow fans at the Barclays Center on Feb. 23.

As a lifelong New York sports fan, this is the best news millions of us have heard since March. Outdoor dining was fine, though sometimes cringeworthy. Indoor dining too brought back some sense of normalcy, but nothing can replace going to the game.

Seriously, nothing beats the feeling of being in a stadium or arena for a game. The hum of the crowd. The sounds of the streets outside providing a soundtrack not even John Williams himself could replicate. The lingering odor that’s an amalgamation of peanut shells, hot dog grease, popcorn salt, and beer.

That’s all back and fans must be ecstatic. No more will we have to watch our uniformed athletic heroes at home on TV, where an empty stadium feels even sadder with canned crowd noise. Now, we can get back to showing our fervent support just the way we like it.

And if it means doing so at a limited capacity, that’s OK. It just means that when we’re all allowed in again at full capacity, it will be an even better feeling.

New York is officially back, and we’ll be better than ever.

Stay tuned to ESNY for further updates on this story!