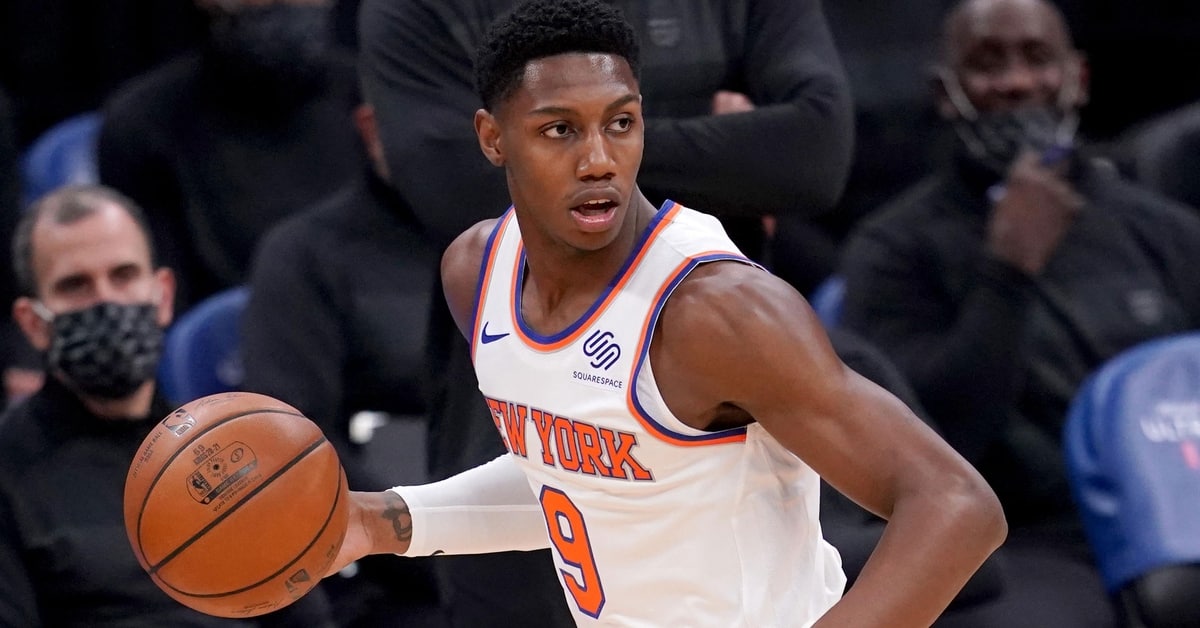 The New York Knicks took on Damian Lillard and the Portland Trail Blazers in a Saturday matinee at Madison Square Garden.

After splitting two games with the Bulls in Chicago, the New York Knicks looked to win again at home.

Their opponent was Damian Lillard and the hot-shooting Portland Trail Blazers. You’ll recall that last month, the Knicks fell just short of a great comeback in the Rose City. Winning at home would be revenge sweeter than pierogies from Greenpoint. For those of you who don’t speak New York, that and Williamsburg might as well be Portland East.

But beating the Blazers means tight defense, something for which the Knicks are known. Even so, Lillard and his teammates show less mercy than ghost chili-infused whiskey. Strength and discipline are required to overcome them.

Did the New York Knicks have it this weekend? Let’s begin.

Portland led 31-26 after one, but don’t let their lead fool you. The first quarter was very much a back-and-forth game, and the Blazers didn’t really heat up until the end.

The New York Knicks, however, communicated strongly from the start. All five starters scored in the quarter, with Julius Randle leading the way with six.

On Portland’s end, a noticeably injured Damian Lillard still managed to play well. Though quiet for most of the quarter, he scored seven of his 13 points in the last 90 seconds. This included a deep three towards the end. Unless he could be neutralized, it’d be another long game for the Knicks.

The second quarter wasn’t much different than the first, but the New York Knicks stayed the course and led 57-51 at the half. The team shot 54.5% from the field and were it not for Portland making 45.5% of its threes, New York’s lead would be larger.

And once again, the Knicks relied on a group effort to succeed. RJ Barrett sunk a key three and was relentless on the attack, leading with 12 points at the half. Even Elfrid Payton sunk a key three with less than a minute to go.

Oh, and Damian Lillard? He was limited to three points in the quarter and the Knicks made it clear. They would not be bullied by Portland this time.

3rd quarter: A fight to the finish

The New York Knicks controlled the third quarter and led 84-76, but the Portland Trail Blazers made it clear: this wouldn’t be an easy finish.

Just when the Knicks seemed to be going on a run, the Blazers fought back. Baskets were often traded, including three-pointers. Though his team’s leading scorer with 21 points, Damian Lillard’s injury still lingered as he was limited to just five points in the third.

New York, meanwhile, continued to lean on a genuinely collaborative team effort with minimal mistakes. Hopefully, the communication could hold for what was set to be a wild fourth quarter.

At one point in the fourth, the New York Knicks did not score for over three minutes. Even so, the defense held tough and clung to a seven-point lead as Portland missed several open three-pointers. Even a brief Lillard rebirth wasn’t enough for the Blazers as their star point guard finished with 29 points, albeit on 19 shots and 11 three-point attempts.

When the dust settled, the Knicks made their final free-throws and won 110-99, bringing home the victory they couldn’t in Portland. In a great display of teamwork, six New York players finished in double figures.

Even better, the Knicks are now the No. 6 team in the Eastern Conference.

Player of the Game: Alec Burks

No disrespect to Randle or Payton, who each had 22 points, but Alec Burks was the spark the New York Knicks needed today. He contributed 16 points and eight boards in 27 minutes off the bench and also proved a pest on defense, netting two steals.

His scoring helped the Knicks outpace Portland, who otherwise might have caught up before going home to a meal of smoked goose with artisanal cranberry mayonnaise.