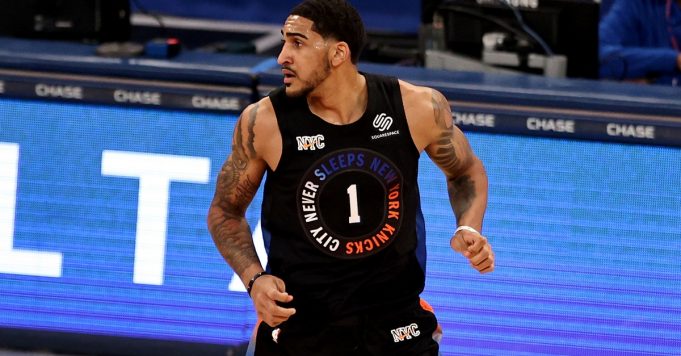 New York Knicks rookie Obi Toppin has signed a sneaker deal with the ever-exclusive Jordan Brand as he begins his pro career.

“There aren’t a lot of people in this family; it’s a very small circle,” Toppin said. “It’s truly a blessing for the Jordan Brand family to be taking me in as one of their own.”

This is certainly an interesting development. Obi Toppin has tons of talent and his ceiling could be high, but he and the Knicks are still trying to figure out just who he is as a pro.

For context, Toppin is only averaging 4.6 points and 2.5 rebounds over 12 minutes per game off the Knicks’ bench through 13 games. Those aren’t numbers one would typically associate with a brand named after the greatest player to step on the court. In fact, given the 22-year-old Toppin’s early struggles, this seems like a premature decision.

But Toppin is still young and was one of the most exciting prospects in last year’s NBA Draft. Even if the Jordan Brand signing him is more about what could be, it’s not as though the brand gave a shoe deal to a guaranteed NBA bust.

On top of that, Obi Toppin knows he has work to do. He understands what it means to be a Jordan athlete. Putting those sneakers on means filling shoes that might be too big for even Gheorghe Muresan himself. Throw in demanding Knicks fans who want their team to contend again, and the pressure is on even more.

But Toppin knows that, and is ready for the challenge. In fact, he embraced it in an interview he did with Jordan as part of the announcement.

“I grew up watching a lot of players wear Jordan gear,” he said. “Seeing the swag that comes with it made me step my game up. When I get on that court, I want to be one of the swaggiest guys out there, with the best feets.”

Good luck, Obi. New York is rooting for you!