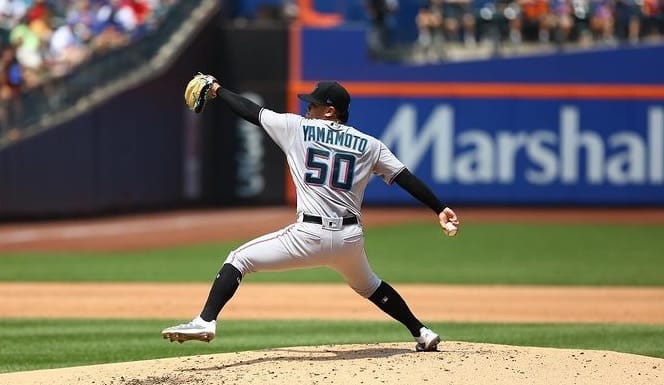 The Mets add pitching depth via an intra-division trade.

Yamamoto, 24, was one of four prospects the Marlins acquired in the 2018 trade that sent Christian Yelich to Milwaukee. He debuted as the 18th-ranked prospects in the Marlins’ system in 2018.

He made the jump to the majors in 2019, making 15 starts. Yamamoto posted a 4-5 record with a 4.46 ERA and 82 strikeouts in 78.2 innings pitched, limiting opponents to a .191 batting average. Unfortunately, he made four appearances and was not treated well by opponents in 2020; he allowed 23 earned runs in 11.1 innings pitched.

In order to make room on the 40-man roster, the Mets designated infielder Robel García for assignment.