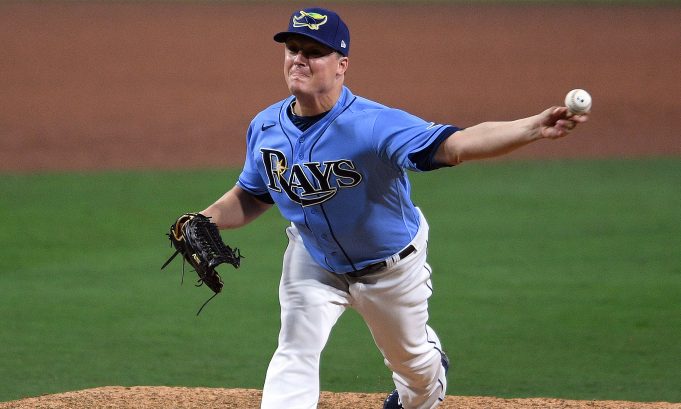 The New York Mets have agreed to terms with left-handed reliever Aaron Loup, according to Mike Puma of The New York Post.

Puma’s Post colleague Joel Sherman added that Loup’s deal was for one-year, though financial terms were not disclosed. Loup’s signing comes after the Mets missed out on Brad Hand, who agreed to terms with the Washington Nationals.

Aaron Loup debuted with the Toronto Blue Jays in 2012 and has been a bullpen fixture ever since. He spent 2020 with the Tampa Bay Rays and posted a 2.52 ERA in 24 appearances en route to the World Series. Loup also spent time with the San Diego Padres and Philadelphia Phillies.

Now, Loup takes his talents to a revamped New York Mets bullpen. New owner Steve Cohen isn’t done even after trading for star shortstop Francisco Lindor. Even with moves as small as signing a left-handed middle reliever, he’s serious about building a contender.

Loup figures to serve in the same role for the Mets, probably with most of his time in the middle innings. He figures to join May and Jeurys Familia as part of the bridge to closer Edwin Diaz.

There’s really nothing to dislike about this addition. Aaron Loup has been a reliable arm for years and proved as much last year after missing most of 2019 with elbow trouble. So long as he can stay healthy for the Mets, he’ll fit right in with the team.