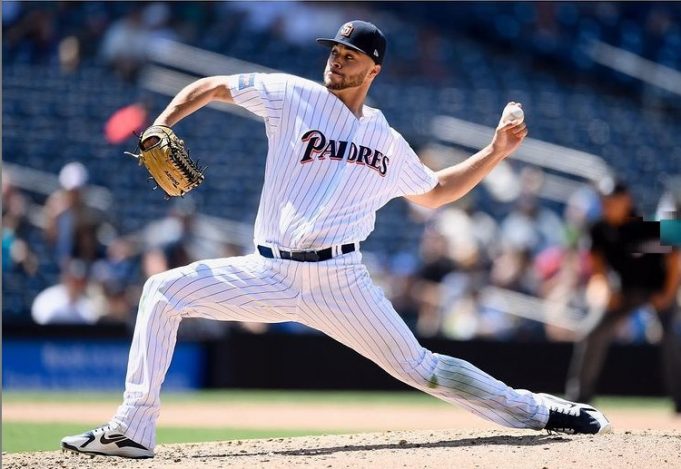 In a Monday night flurry, the New York Mets struck a deal with the Pittsburgh Pirates and San Diego Padres. According to multiple reports The Padres land Joe Musgrove, the Mets are getting Joey Lucchesi, and the Pirates add to their farm system landing five prospects.

MLB.com’s Jonathan Mayo reports that the Mets are sending Endy Rodriguez to the Pirates as part of the deal.

#Pirates will be getting Endy Rodriguez from the #Mets in this now 3-team deal, with Lucchesi heading to NY. No. 14 on Mets list: https://t.co/cczlgnkhgi @Mets @Pirates

This likely means that Lucchesi is going to battle Steven Matz for the fifth starter job. Even if he loses, the Mets get a depth starter who can dominate lefties out of their bullpen.

However, he fell apart in 2020. He was only asked to make two starts and one relief appearance before his season came to an end. The Padres were unhappy with Lucchesi performance and decided to send him back to their training site so they could get a better lock at their younger pitchers.

In return, the Pirates are getting Endy Rodriguez. Rodriguez was the Mets 14th rated prospect by MLB.com. A 2018 international free agent signing, Rodriguez is an athletic catcher/outfielder. His best tool is his defense behind the plate. As a hitter, Rodriguez is hit over power, and is generally considered to have an advanced approach for a player his age.