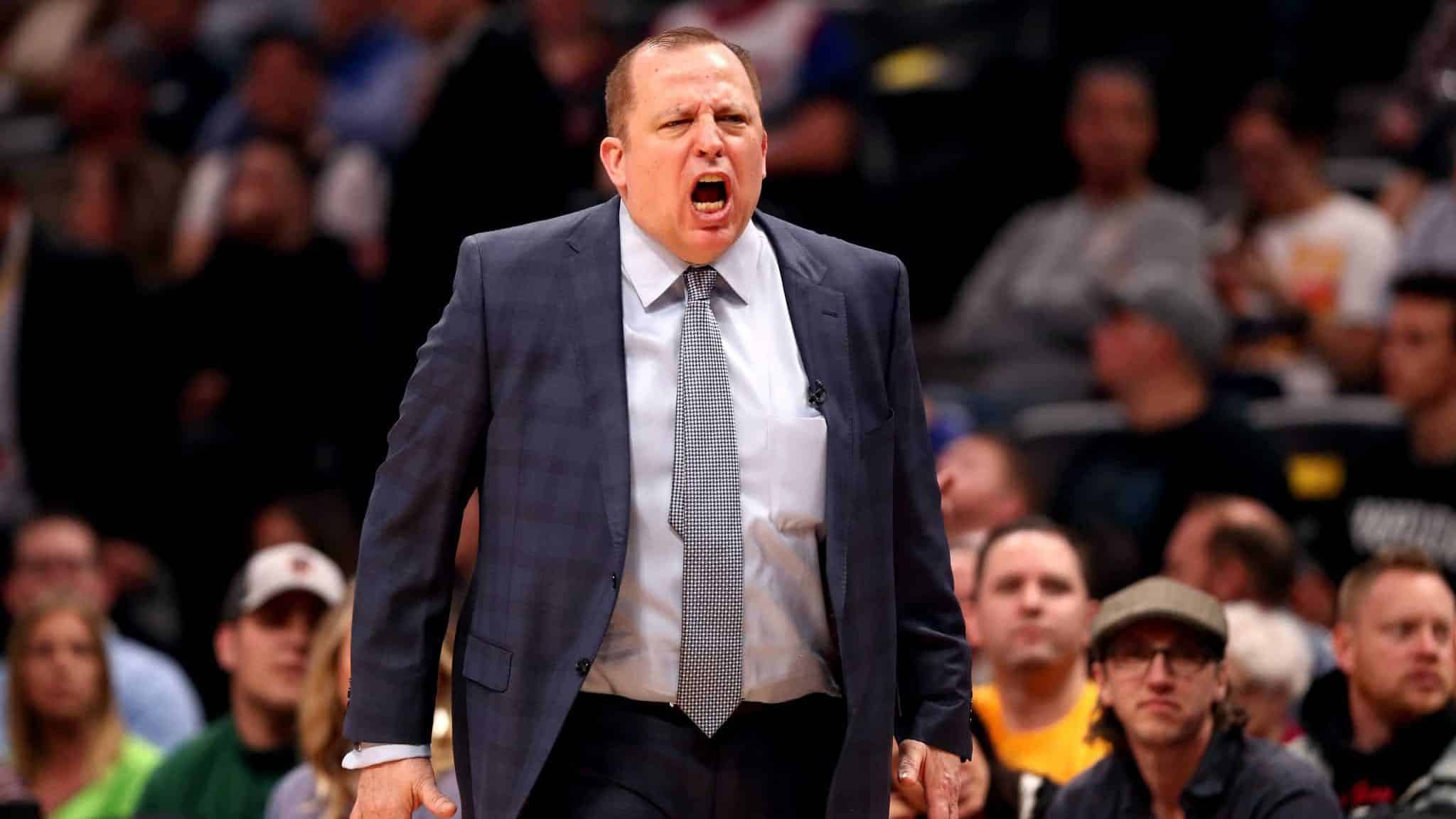 After a long search, the New York Knicks will hire Tom Thibodeau as their 14th head coach in the last 20 years.

The New York Knicks will hire former assistant and NBA Coach of the Year Tom Thibodeau as their next head coach. ESPN’s Adrian Wojnarowski reported Thibodeau will sign a five-year contract.

The New York Knicks and Tom Thibodeau are finalizing a five-year deal to make him the franchise’s next coach, sources tell ESPN.

A former Knicks assistant, Thibodeau most recently coached the Minnesota Timberwolves in 2019. He also coached the Chicago Bulls for five years and owns a head coaching record of 352-246. After guiding the Bulls to 62 wins in 2010-11, Thibodeau was named NBA Coach of the Year.

Thibodeau takes over for interim coach Mike Miller, who went 17-27 after David Fizdale was fired in December.

Simply put, this is a hire that shows new team president Leon Rose is serious. Tom Thibodeau is an architect of tough defensive teams. Meanwhile, the Knicks are all but certain to draft a scoring point guard to help them keep up in today’s NBA. In his first year in Chicago, Thibodeau turned point guard Derrick Rose into an MVP.

And on top of making center Joakim Noah one of the best defenders in the league, Thibodeau turned in something even more important: results. The Bulls averaged 41 wins in the five years prior to his arrival. In five years under Thibodeau, the team averaged 51 wins, including 62 in his first season. Were it not for Rose’s chronic knee injuries, Thibodeau’s Bulls easily could have been regular title contenders.

But there are some concerns with Tom Thibodeau too. Despite success in the Windy City, he developed a reputation for playing some players too many minutes, thus leading to exhaustion and injuries. After Thibodeau’s brief stint in Minnesota, star center Karl-Anthony Towns was not shy about criticizing his methods.

Those are valid concerns, but the Knicks are changing their culture. Tom Thibodeau isn’t a perfect coach, but he gets results. Given the state of the Knicks for the past two decades, this is a fantastic hire.