The New York Mets aren’t the favorites in the NL East this season, but they represent solid value for bettors.

Don’t sleep on the New York Mets this season. Sure, they play in what could be the best division in baseball—the National League East—but in this year’s shortened season, anything can happen.

In fact, bettors are seeing the value in the Mets at +275 to win the NL East. New York accounts for 48% of the total handle via DraftKings Sportsbook. The Mets’ percentage of handle (48%) is more than the next three teams combined—Atlanta Braves (21%), Philadelphia Phillies (18%), and Washington Nationals (7%).

The Braves are two-time reigning NL East champions while the Nationals are looking to defend their 2019 World Series. 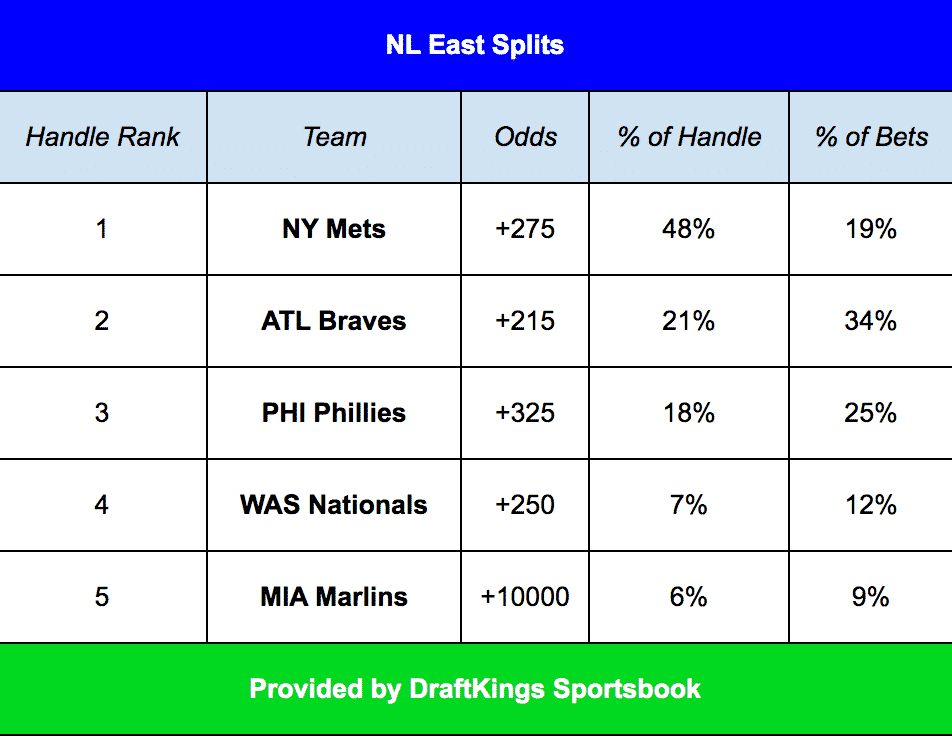 Do the Mets actually have a chance to win the division this year? That depends on which version of the team we see. For whatever reason, the Mets tend to have major highs and lows every year. But in a 60-game season, we don’t know whether to expect one long high or a brutal comedown.

The Phillies are in the same boat. For short stretches in 2018 and 2019, Philly looked like a real contender in the NL East. But listless second halves doomed the team’s playoff chances both years.

New episode of Small Ball Radio drops tomorrow morning. I previewed the NL and AL East with @BobWankelCB and @NewmanNYsports

Talked a lot of Phillies, Mets, and Yankees pic.twitter.com/XCFrSzNGW7

In the latest episode of Small Ball Radio, Bob Wankel and Kyle Newman discuss the Mets and Phillies. In short, both teams are flawed, but they have the kind of talent that can overcome those flaws. The Braves are the favorite in the East, and rightfully so, but the division is wide open. 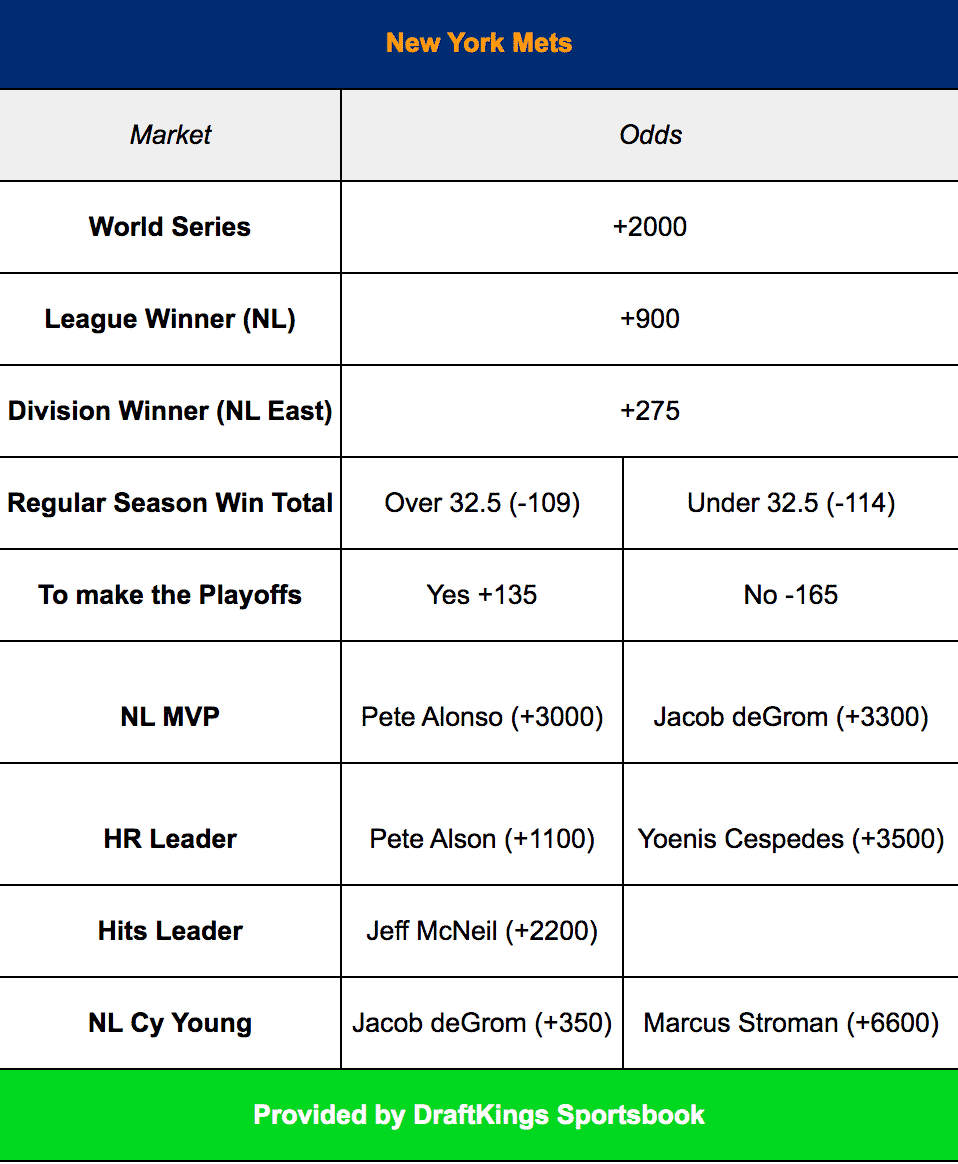 There are some intriguing futures and player props for Mets fans to dive into before MLB’s Opening Day arrives this weekend. How confident are Mets fans in the team’s World Series chances?

Jacob deGrom is the favorite to win the NL Cy Young for a third consecutive season and it’s likely that he’ll be right there in the mix. However, at +350, bettors aren’t getting great odds on that.

For a longshot bet, Yoenis Cespedes (+3500) to finish as the home run leader is awfully tantalizing. On one hand, Cespedes has had myriad health issues during his tenure with the Mets and it’s tough to expect him to stay healthy, even in a 60-game season.

On the other hand, the Cuban looks great in summer camp and he won’t have to play the field much with the DH coming to the NL this season. Whenever Yo has been healthy with the Mets, he rakes. His stats with during his tenure in New York—74 home runs, 201 RBIs, and .890 OPS—speak for themselves.

Pete Alonso (+1100) is probably the safer option for Mets fans, but the payout on him winning wouldn’t have the same juice as Cespedes. Not to mention, it’s tough to expect Alonso to go out and do the same thing he did during his rookie season. That’s not to say that Alonso will have a major regression, but it’s unfair to expect him to hit home runs at the same clip that he did in 2019.