Leading sports memorabilia company FOCO is honoring New York Mets first baseman Pete Alonso‘s record-setting rookie season. They will be coming out with a brand new commemorative bobblehead for the National League Rookie of the Year. 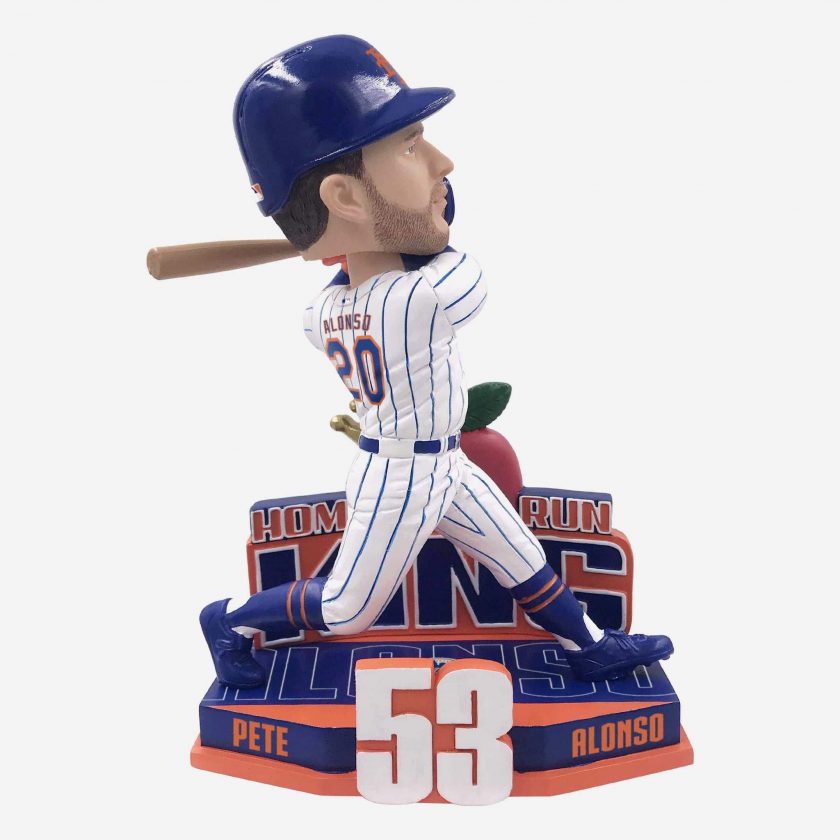 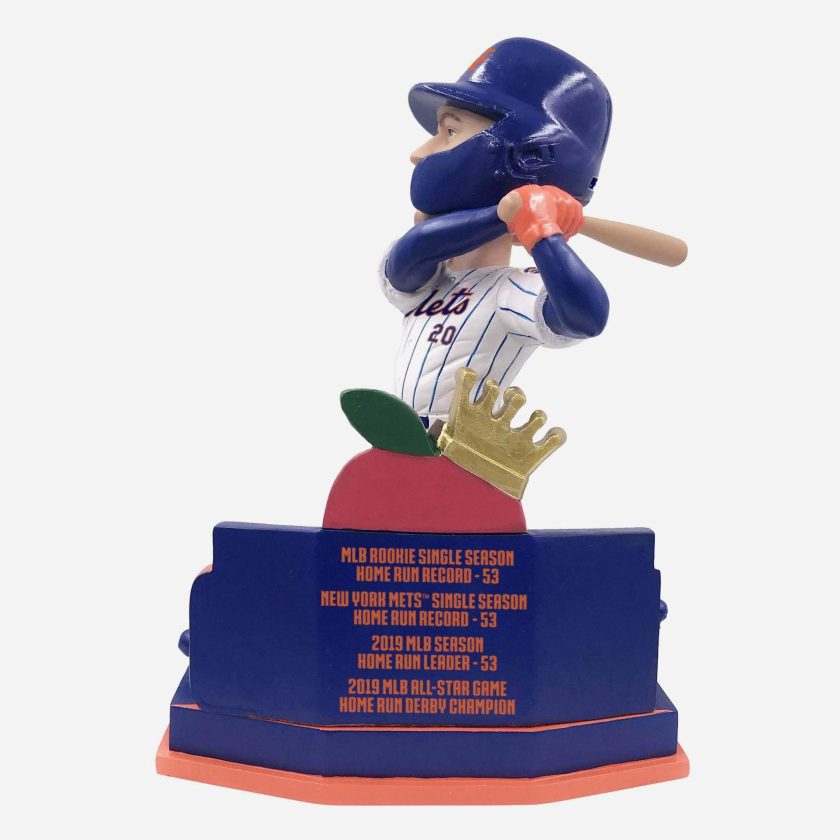 En route to Rookie of the Year honors, Alonso hit a rookie record 53 home runs while driving in 120 runs. Alonso became the sixth Met to win the award, and second since 1985.

MLB’s premier slugger came into the season as a top-60 prospect in baseball. Many evaluators believed his only real tool was his power. They even questioned his bat-to-ball skills at the major league level and openly wondered if it would hold him back.

Alonso wasted no time in proving them wrong. His bat carried him throughout the year. The biggest surprise though was Alonso’s defense. Many evaluators thought his glove was going to keep him from becoming an everyday player. The fear was that he would be best suited as a designated hitter in the American League.

Again, Alonso wasted no time in proving them wrong. Alonso did struggle defensively, but nowhere near the levels many believed. In fact, Alonso was one of the best first basemen defensively at scooping throws out of the dirt.

The future is bright for Pete Alonso. He’s set to be the face of the New York Mets for a long time. With so many big things in front of the young superstar, it’s important to keep a reminder of how it all got started.

That’s why FOCO’s commemorative bobblehead is a fantastic piece of Mets memorabilia. It’s the perfect way to remember Alonso’s historic rookie season and a great look towards the bright future he’s sure to have.

The bobblehead is currently available for pre-order at FOCO’s website.