Fans love bobbleheads, but there’s something off about the New York Mets’ designs for Jeff McNeil and Pete Alonso.

The New York Mets sent out an email Monday afternoon advertising Jeff McNeil Bobblehead Day April 18. McNeil is a great player and certainly deserves a bobblehead. But pretty quickly, a problem presented itself.

Simply put, the design looks almost nothing like him. The bobblehead is tanned and olive-skinned, and has a textured, gingery beard, characteristics that McNeil doesn’t possess.

It also shows McNeil swinging a bat with a light handle and a dark barrel, when a quick web search reveals that most of the time, McNeil swings a bat that is either uniformly light or has a dark handle and a light barrel. The bobblehead even has vivid blue eyes. It’s difficult to tell exactly what color McNeil’s eyes are—they may be blue—but they’re certainly not the vivid, chlorine blue that the bobblehead has. 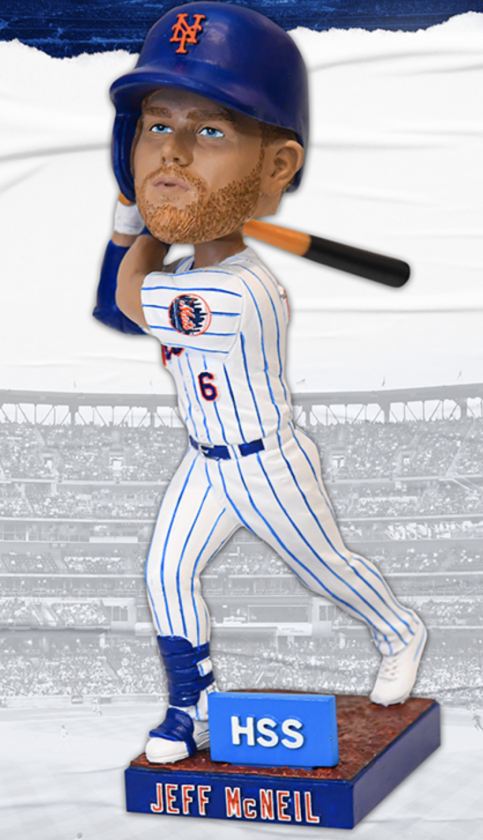 Adding to the intrigue is that while the bobblehead doesn’t look all that much like McNeil, it does look a lot like a previously announced Mets bobblehead. On Feb. 13, the Mets sent out an email announcing their Pete Alonso bobblehead, to be distributed March 28.

The Alonso bobblehead has the same bat, light handle and dark barrel. It has the same textured, gingery beard and tan skin. It even has the same vivid blue eyes. The only difference, it seems, is that Alonso’s mouth is open, and McNeil’s is closed. Alonso’s bobblehead doesn’t look much like Alonso. It looks kind of like McNeil’s bobblehead.

The side-to-side comparison is pretty revealing: 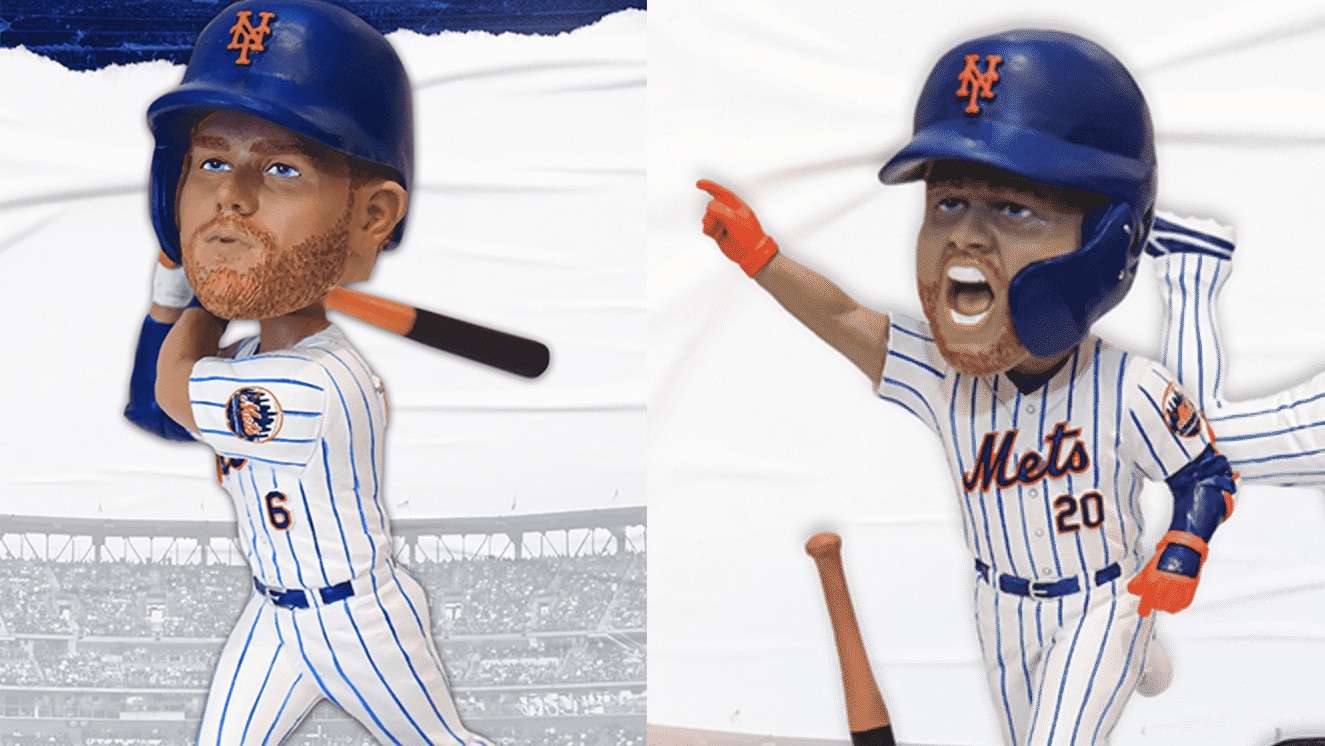 But apparently, Pete Alonso is little more than Jeff McNeil with an open mouth. Who knew?