New York Knicks interim head coach Mike Miller has enjoyed some recent success, but we need to be careful when evaluating his work.

Since David Fizdale‘s firing, the New York Knicks have won three games under Mike Miller’s stewardship. A recent blow-out win at home against the Atlanta Hawks, in addition to a two-game winning streak with victories versus both the Golden State Warriors and Sacramento Kings, gave fans the hope they’ve been waiting for all season.

But despite some minor tweaks in offensive and defensive philosophy, fans need to be wary of placing too much stock into Miller’s recent success. Health has played a role in the Knicks’ recent surge; plus, it also helps when the front office provides the appearance of staying out of the way.

The very natural order that has fans giddy when a new coach takes control is unfolding before our very eyes.

Since Miller has taken over the reins, fans have been excited to see or at least perceived to have seen a change towards a more modern offensive and defensive philosophy. Prior to Miller’s first game in charge against Indiana Pacers, he said that all of his decisions would be based on matchups. During the game, it was clear that the Knicks were defending lead guard Aaron Holiday, using a drop coverage.

The drop coverage is used to force shooters into long-twos. The idea being, to make the point-guard or ball handler dribble inside the three-point line. In this case, Holiday, shooting 41 percent from three for the season, was pushed inside the three-point line by Dennis Smith Jr. and Mitchell Robinson, who doesn’t take the best angle in defending the basket, drops back until Holiday rises to the rim.

However, in the nine games that Miller has coached, opposing point guards are shooting 44.6 percent from three. This includes two performances of 50 percent shooting or better from both Trae Young and Damian Lillard, who, to be honest, would be tough to limit for a good NBA defense, much less the Knicks.

But the drop coverage is nothing new and Fizdale tried to implement it during the early parts of the season.

In an early-season loss to the Boston Celtics, Eflrid Payton came off the screen quickly, pushed Kemba Walker into the paint, who took a contested, step-back long two and missed the shot.

Once again, Robinson, dropped back, as they were not worried about Robert Williams’ shooting ability. The drop coverage is more difficult to pull-off when the opposing team has a big who can shoot.

In the second clip from the same game, Williams sets a really good screen on Payton, who struggles to get over, and Walker drilled the three. Bobby Portis, the big for the Knicks in this situation, was in a drop coverage situation. It’s not that Miller is all of the sudden implementing this new defensive scheme that is helping Knicks, yet his current status as an interim coach may give him the freedom to run this team how he wants because, in all honesty, no one expects much from the Knicks.

Back in November, on his podcast, The Lowe Post, Zach Lowe and Howard Beck discussed the Knicks struggles and Lowe singled out the constant changing of defensive philosophies as a negative while Fizdale was the coach. After the infamous impromptu press conference from Steve Mills and Scott Perry, the pressure was squarely on the shoulders of Fiz and results needed to come fast.

It’s possible that it was just an adjustment that was made as a result of losing, but Fiz went from utilizing the drop coverage as the main way of defending the pick-and-roll to using heavy switching. The Knicks ended up trying to prioritize guarding the paint which left them susceptible to the three-point shot. It could be a moot point, but Fiz may have found more success with the drop coverage had he stuck with it.

Another area where fans, or at least fans on Twitter, felt Miller found some success is spacing, and, specifically, spacing within the context of Julius Randle’s production. Since Miller’s first game in charge, Randle is shooting 45.6 percent from the field, which is not much better than his 44.9 percent shooting for the season.

Anyone who watches Randle’s game knows that he loves to drive and spin to the left. In this isolation possession, Randle’s teammates were correctly positioned on the perimeter. Taj Gibson didn’t hurt the spacing and he was positioned for the rebound if Randle missed the shot.

Randle’s recognition and shot selection may have improved, but I think fans still, more often than not, get pretty aggravated while watching him dribble into multiple defenders, only to throw up a contested shot without looking to pass the ball.

Similarly in this possession from the same game, as Frank Ntilikina hands the ball off to Randle, he moves towards the corner-three spot. Once again, Marcus Morris and RJ Barrett are positioned on the perimeter, creating the necessary spacing needed for Randle to drive to his left as he finished the layup.

Randle’s slight uptick in production, if you can even call it that, most likely has to do with two factors. The first is the return of Payton as the lead guard, which cannot be underestimated. Payton has a confidence about him when he runs the offense and directs players where they need to be on the court. Additionally, Randle’s teammates, who for the most part, he’s never played with, have started to understand where he likes to operate.

Overall, I find it hard to believe that Fizdale didn’t understand spacing, but this was a criticism that was often voiced by fans. This was a coach, in Memphis, who sat a respected veteran Zach Randolph in favor of the more versatile shooting forward JaMychal Green and helped veterans like Marc Gasol and Mike Conley have career years in three-point shooting.

Furthermore, the Knicks roster, as currently constructed has players that take shots from similar spots on the court. Based on volume alone, both Randle and Portis take the majority of their shots, give or take a few attempts, from the around the free-throw line, at the rim and from the three-point line at the top of the key. 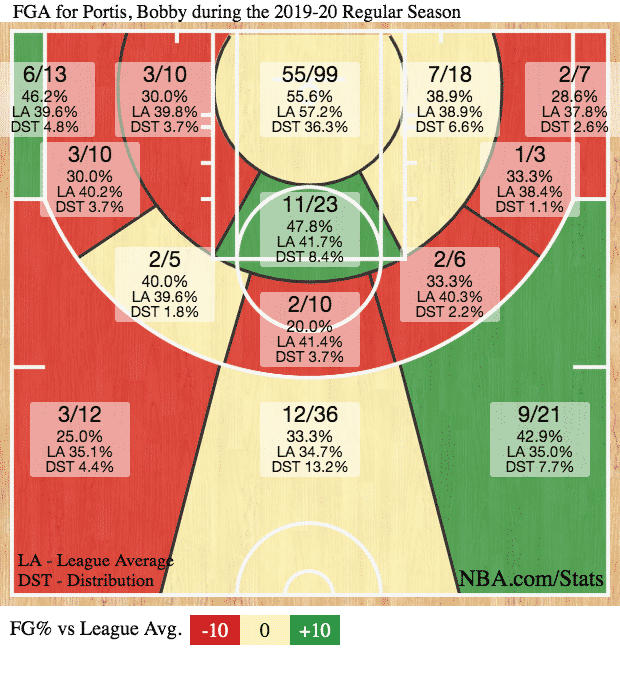 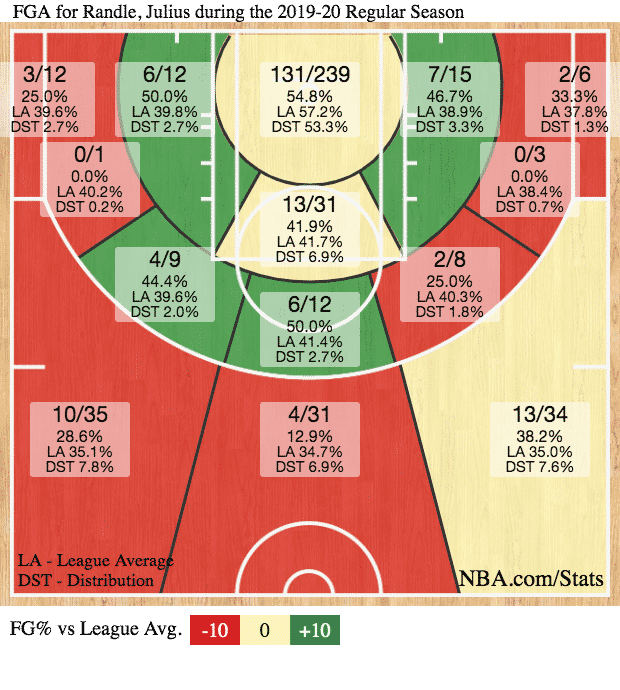 It’s possible the Knicks can improve this by trading one or more of their veteran players before the trade deadline. This could also be improved if Portis started shooting 39 percent from three as he did during last season. Nevertheless, it’s a problem that was present before Miller and lies at the feet of the front office.

In the end, I’m not knocking Miller. The numbers support what he has done thus far. The Knicks’ offensive rating, defensive rating, net rating, pace, three-point percentage and free-throw percentage have all improved under Miller.

I just don’t think Fizdale’s failure with the Knicks was due to his lack of knowledge of the modern game or an inability to implement a modern offensive or defensive philosophy. Fiz had his faults and it’s possible that his ability to relate to players and create relationships didn’t translate enough into teaching and creating good habits for them that turned into winning.

But as the sample size grows, it will be interesting to see if Miller’s recent success continues. Don’t forget these Knicks wins came against a Kings team without De’Aaron Fo, and two teams at the bottom of their respective conferences. If the roster looks the same, my guess is that the Knicks will regress to the mean and the front office will have to be held accountable.