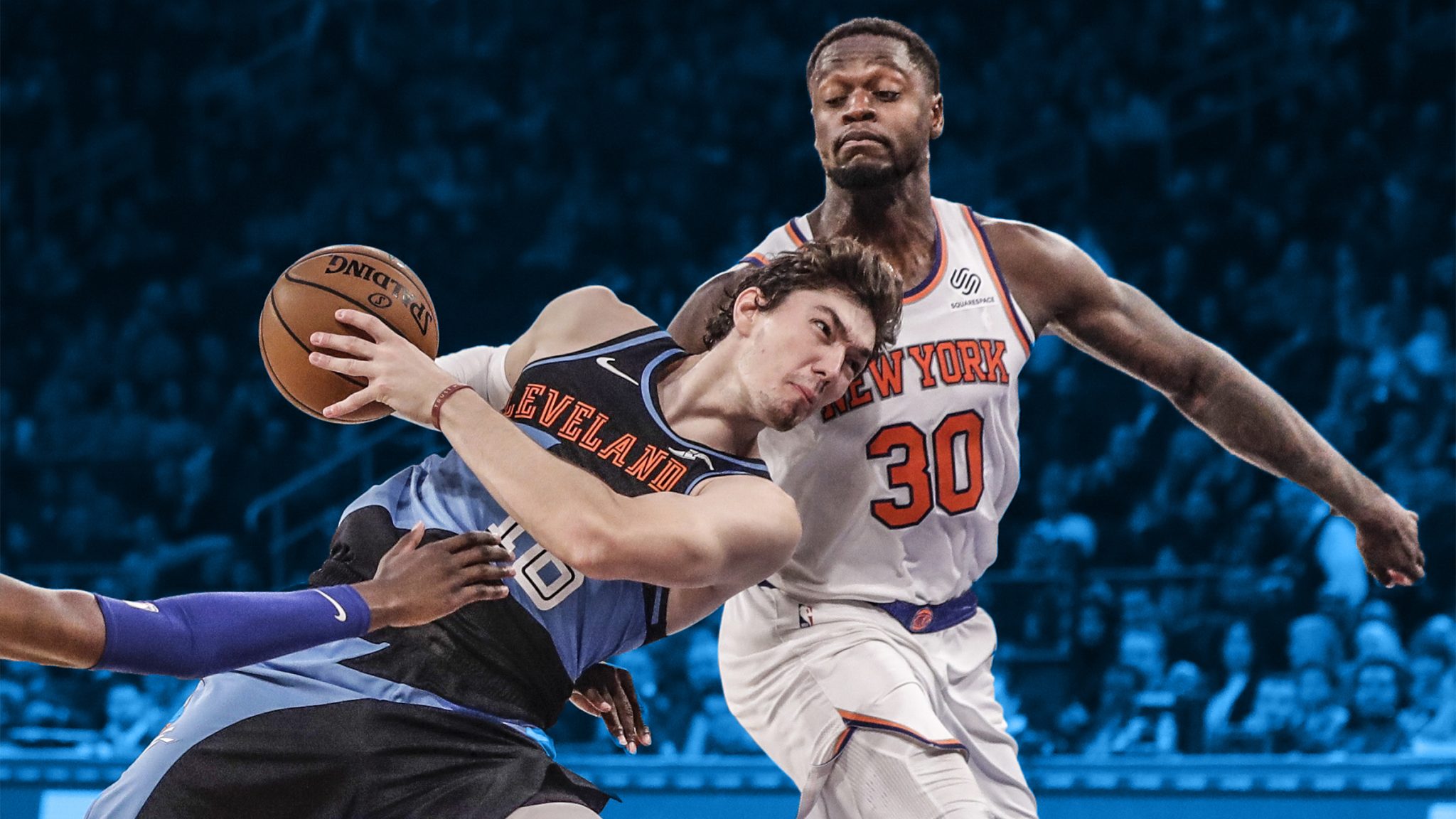 The New York Knicks took advantage of a sluggish Cleveland Cavaliers roster to win their second game in three tries.

NEW YORK, NY—The New York Knicks were desperate for a win like this. Of their three wins prior to Monday night, each was a fourth-quarter nailbiter that could have gone either way. Against the Cleveland Cavaliers, there was no need to worry.

“It’s fresh in our minds at least,” head coach David Fizdale said pregame about the Knicks’ recent blowout loss to the Cavs. “We can go right back to that film and suffer again and hopefully come out and play better basketball.”

Spoiler alert: They did play better basketball. The Cavs never had a lead, while the Knicks were up by as much as 27 at one point. In fact, Cleveland trailed by double-digits for the entire second half. The final score of 123-105 makes the game seem closer than it actually was.

Head coach John Beilein’s squad has something of an excuse for their lackluster effort. It was the first time this season they were playing a back-to-back and it was Beilein’s first as an NBA coach.

Excuses aside, the Knicks took care of business. Julius Randle put forth his best game in the orange and blue. He scored 30 points on 12-for-17 shooting while chipping in seven rebounds. Perhaps more impressive than his scoring was the fact that he had four assists against just one turnover.

“It’s a process with him and he’s just such a willing participant in his improvement and today I think that you got to see what he can look like when he’s really locked in and playing the game as it comes to him,” Fizdale said about Randle after the win.

New York’s starting unit was dominant all night long. The Cavs were without five-time All-Star Kevin Love and forced to start Kevin Porter Jr. in his place. Nevertheless, the Knicks pounced on the fatigued and shorthanded roster.

Marcus Morris finished with 23 points, mostly by drawing contact and drilling 12 of 13 free throws. RJ Barrett wasn’t the focal point, but he was solid on both ends of the floor once again, tallying two steals and two blocks. And of course, Taj Gibson and Frank Ntilikina were locking things down on the defensive end.

It was a great way for the Knicks to finish off the three-game homestand with two wins in their pocket. Sure, that last-second loss to the Charlotte Hornets stung (sorry), but this win shows legitimate growth. Against Charlotte, the Knicks couldn’t step on their opponents’ throats. Against Cleveland, the game was over midway through the third quarter.

Not to mention, this win redeems Fizdale and the Knicks for an earlier blowout loss at the hands of the Cavaliers. They definitely understood that it was an opportunity to avenge that blowout.

“It feels good,” Fizdale admitted. “All of these wins feel good, obviously we didn’t like the last time they came here so the thing I am really happy about is that we are starting to string together consistent efforts”

The Knicks are going to need to string together a few more “consistent efforts.” Although Fizdale doesn’t like to look too far ahead on the schedule, it’s impossible to ignore the daunting stretch of games the Knicks face over the next three weeks. The next 11 games are against playoff teams and the 4-10 Knicks could be in for a rude awakening.

“One at a time,” Fiz responded when I asked how he can prepare his team for this challenge. “You can’t look at that. Every one of those teams is so good, if you look at the whole enormity of it, it’ll overwhelm you.

“We’re just going to take it one day at a time with these teams and prepare the heck out of them and keep trying to develop them and grow them in practice time and film time. Again, ‘can we go on the road and give ourselves a chance to win?’ is our big thing.”

The Knicks seem to be stabilizing after their blowout loss to the Cavs. Despite the Charlotte heartbreaker, the win over the Dallas Mavericks and Monday night’s obliteration of Cleveland seem to have given the team new life.

The Knicks will travel to Philadelphia to face the 76ers for the first time this year. Although the Sixers are 8-5, they haven’t had the smoothest start despite carrying championship aspirations. Stealing a win is certainly possible. The Knicks have shown they can beat playoff-caliber teams when they’re playing at their best.

Maintaining that level of play has been the challenge thus far in the season. But despite whatever lies ahead for the Knicks, Monday was a step forward for New York. Now the focus is on taking another step forward, rather than two steps back.

NEXT: Carmelo Anthony Prepares For 'One Last Chance' With Portland Trail Blazers