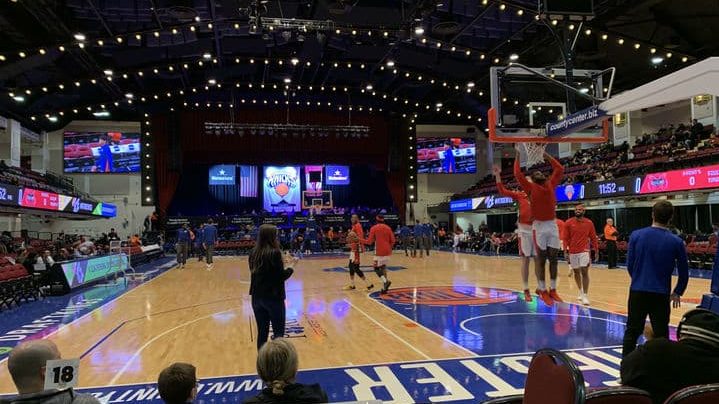 The New York Knicks’ G League affiliate in Westchester has promoted Derrick Alston to be their new head coach.

The Westchester Knicks, the G League affiliate of the New York Knicks, have promoted assistant coach Derrick Alston to be their new head coach. That spot had been left vacant when former head coach Mike Miller was added to the Knicks’ NBA coaching staff on Monday.

Alston previously served as an assistant on Miller’s staff. A native of The Bronx, Alston was a second-round pick of the Philadelphia 76ers in the 1994 NBA Draft. He played nearly two seasons in Philadelphia. He then played two games with the Atlanta Hawks in 1996 before spending over a decade on overseas courts.

“Derrick has been an integral part of this organization and what we are building in both New York and Westchester,” said Westchester general manager Craig Robinson in a team statement. “His appointment, after an extensive search, is a continuation of the development and success our players have enjoyed. Derrick has a unique vantage point and knows from experience the process of developing into an NBA player. His experience combined with his natural teaching ability and leadership skills make him the ideal coach to carry out the Westchester Knicks vision.”

“I am grateful for the opportunity to become the new head coach of the Westchester Knicks and to continue the development of our young and talented players, both on and off the court,” Alston said in the same statement. “I want to thank (New York Knicks president) Steve Mills, (New York Knicks general manager) Scott Perry, Craig Robinson and the entire Knicks organization for this opportunity and continued support. I’m eager to get started.”

Miller leaves Westchester after tallying a 108-92 record in four seasons at the helm. He guided the team to both their first G League playoff appearance and victory. He accomplished the latter with a 95-82 win over the Windy City Bulls. Miller also won 2018 G League Coach of the Year honors after guiding Westchester to a franchise-best 32-18 record.

His new spot with the Knicks will be his first position with an NBA team. Miller has also held head coaching positions at the college level with Eastern Illinois and Texas State.

“Mike is an accomplished and respected coach who has been an integral member of the Knicks family the last four years with Westchester,” New York head coach David Fizdale said in a separate statement. “Mike is a great addition to the staff, a tireless worker who shares our approach to the game with an expertise in player development.”

NEXT: Knicks Film Room: Transition Offense Is Key For This Young Group