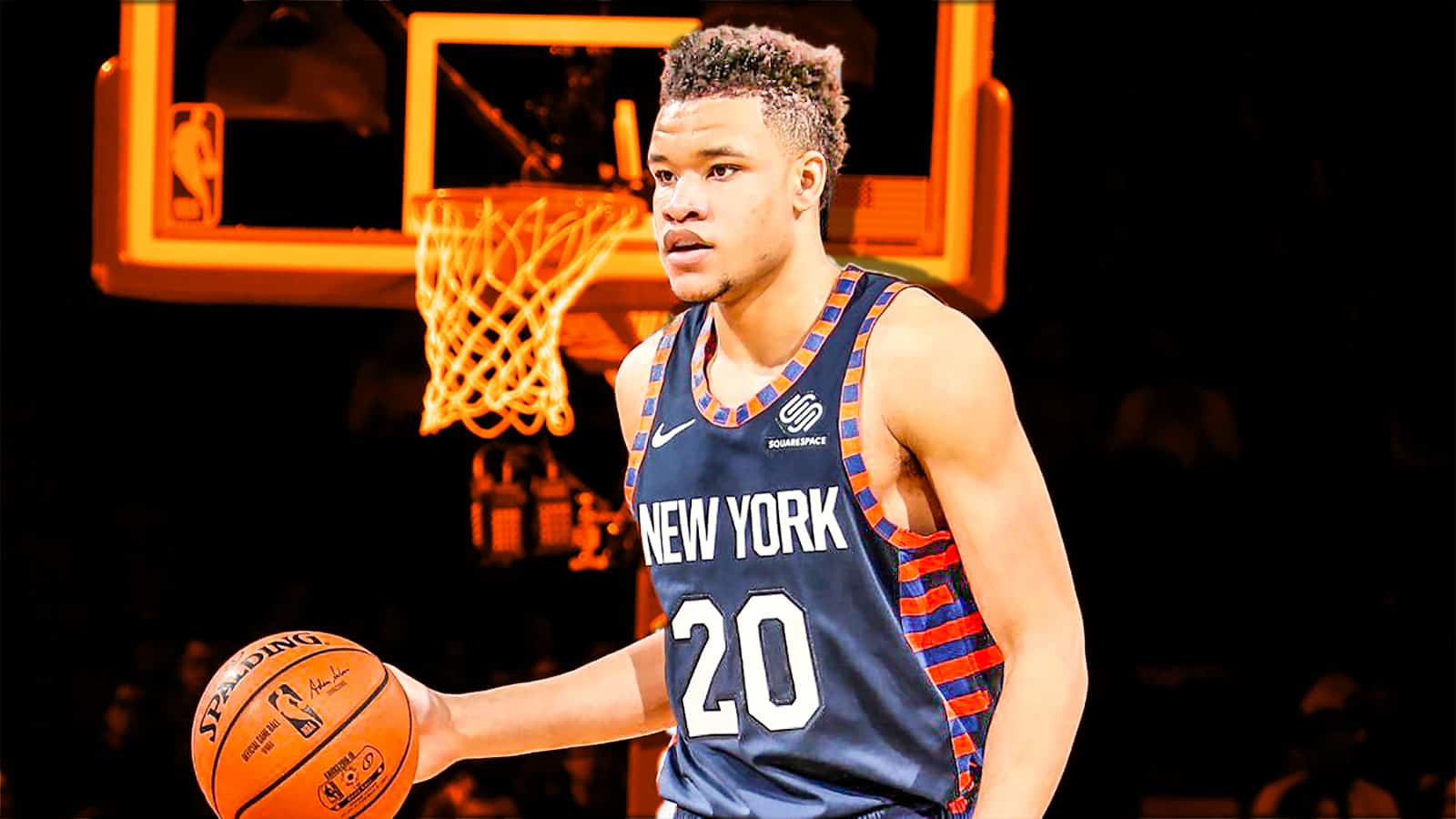 A sigh of relief was felt beyond Madison Square Garden and into the depths of New York Knicks Twitter late on Sunday night.

The young Knickerbockers snapped an 18-game losing streak at home with a statement win over the San Antonio Spurs.

While Damyean Dotson and Mitchell Robinson stole the show, Kevin Knox enjoyed a silent resurgence. The rookie forward scored 19 points on 8-for-18 shooting from the field in 33 minutes.

It’s been a quiet few months for Knox, who hit the inevitable rookie wall at the start of the new year. He’s played some very hard-to-watch basketball in recent weeks.

In the month of February, Knox is averaging 14.4 points on just 35 percent shooting from the field. He’s making an average of five shots per game on nearly 15 attempts.

Between January and February, Knox has shot above 40 percent from the floor in just seven of 24 games played. Per Basketball-Reference, he ranks seventh among rookies in points per game, but 59th in his class in shooting percentage.

Still, head coach David Fizdale and the coaching staff continue to display confidence in the rookie, who was picked ninth overall in the first round of last June’s draft.

After starting 0-for-4 from the field, Knox went off for 10 straight points in a first quarter that saw New York come out on top.

He laid the foundation for the Knicks streak-snapping win and may have found some confidence amidst an unreliable stretch.

But what’s to credit for Knox’s (albeit slow) resurgence?

Some might credit the arrival of a new point guard, who has helped to unlock some of the better facets to his game.

New York traded for the Mavericks’ Dennis Smith Jr. just before the league’s annual trade deadline. His downhill play style opens things up for not just Knox, but the entire offense.

Prior to the deal which sent Kristaps Porzingis to Dallas, Knox was playing with a timid point guard in Frank Ntilikina, and a sloppy one in Emmanuel Mudiay. Smith is posting career numbers with New York, one of which being his 6.1 assists per game.

Against the Spurs on Sunday night, Smith tallied 13 assists and not one turnover. A luxury stat among New York point guards.

The former North Carolina product has added some electricity to the Knicks’ offense, and it’s paying dividends for his teammates.

Knox is no exception, and his game Sunday night reflected such. He was aggressive within the post, seeking open looks along the perimeter, and securing rebounds on the defensive end.

Aaaand @23savage____ with the assist this time ? pic.twitter.com/Aog8KRVUPh

Knox with another beauty of a floater ? pic.twitter.com/AXykBsAtUT

It wasn’t Knox’s best game in a New York uniform, no we’ll save that honor for a previous performance. But it was his best game of 2019, and a welcome sight for both fans and coaches.

Kevin Knox and the New York Knicks alike will look to continue improving following Sunday’s performance when they host Orlando on Wednesday. The Knicks will face off with the Magic at 7:30 p.m. ET.