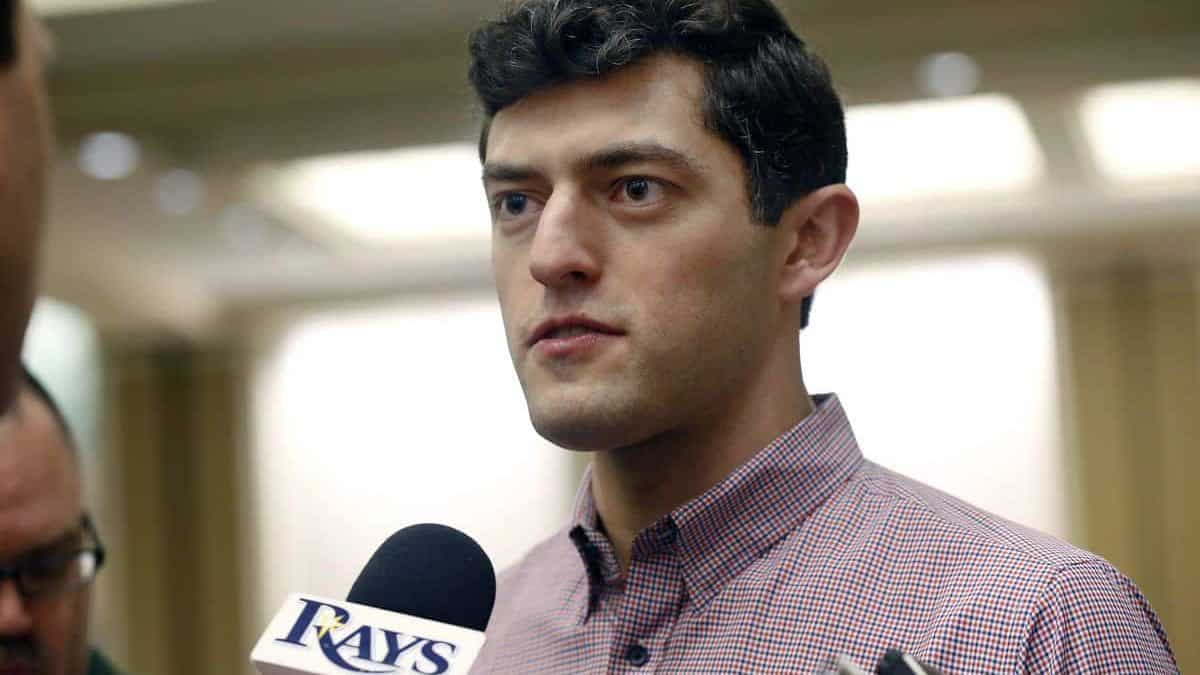 With the New York Mets interviewing Chaim Bloom for their GM position, he can bring a different perspective to the front office.

As the New York Mets continue their search for a new general manager, one interesting name popped up for the first time on Wednesday.

The Mets have interviewed Chaim Bloom, the Rays’ senior VP of baseball operations, for their GM opening. Bloom, 35, has spent the last 14 years with the Rays.

Bloom has held his current role for the Rays since 2016 and is only 35 years old. He has been with the organization since 2005 and was the assistant director of minor league operations back in 2008 when Tampa Bay reached their only World Series in franchise history.

With the Rays having one of the lowest payrolls in baseball, the team has had to be creative to find different ways to win. In a year where the team had zero expectations in a tough AL East, Tampa Bay still found a way to win 90 games.

For the Mets, this would be a drastic shift from being old school, but it is a shift that is needed to keep up with the use of sabermetrics in the game. Bloom would bring a different perspective to the game and it would be interesting to see what he could do with a much higher payroll than he has in Tampa.

The Rays’ model has proven to have worked in big markets in baseball. For example, Andrew Friedman went from Tampa Bay to become the President of Baseball Operations for the Los Angeles Dodgers and they are in their third consecutive National League Championship series.

When you look at the job that Bloom has done with the Rays, he has not only built a major league club that has overachieved with a good young corps of position players. He has also put together one of the top farm systems in the game.

With the Mets having a good amount of top prospects in the lower levels of their farm system, Bloom could bring in a staff that could help those young players continue their development and his ability to draft could lead New York to have a top-ten farm system down the road.

The question that the Mets have to answer is are they willing to bring in a more sabermetric-minded person to be their general manager? Well, the fact that they even interviewed him shows they are at least willing to consider the idea as some of the candidates discussed had more of an old-school background.

Despite Tampa Bay not reaching the postseason in recent years, the organization has shown the ability to develop young talent and Bloom has been able to draft well and get good returns on trades such as in the deal they made with the Pirates this past July to get Austin Meadows and Shane Baz for Chris Archer.

If Bloom does end up being the hire for the Mets, it will allow new ideas to come into the organization and that could only be a good thing for the team in the long run as they try to keep up with the young squads being built in Atlanta and Philadelphia.