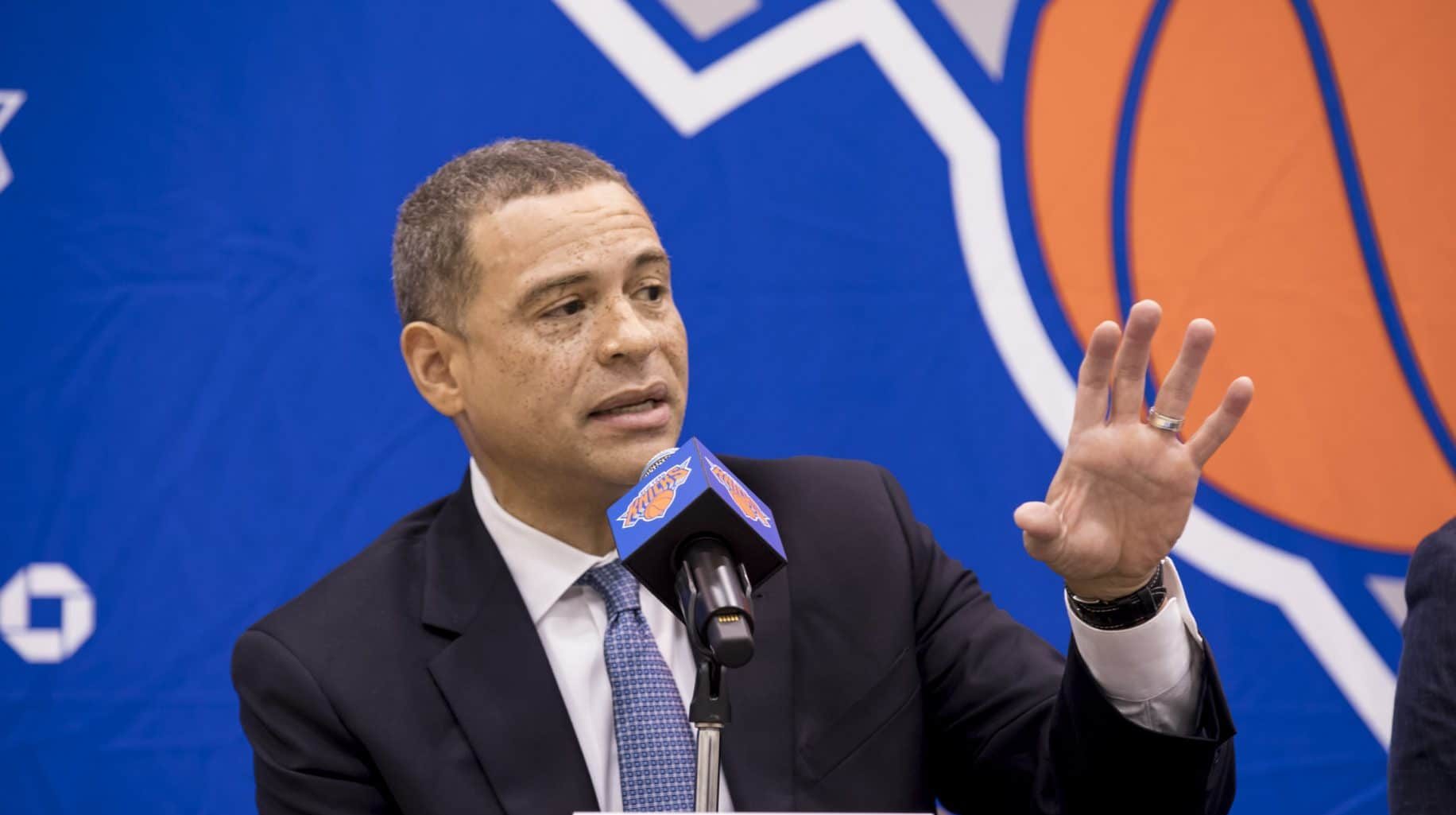 Scott Perry is representing the New York Knicks on the dais at the lottery. He gave some insight into his superstitions and what type of player the Knicks are looking for.

The New York Knicks are hoping to get lucky in the lottery and then even luckier on draft night. Scott Perry is doing his best to ensure both of those things happen.

According to Marc Berman of the New York Post, Perry is doing everything he can to help the Knicks hit the jackpot in the lottery.

“I’m a little more superstitious about my daily routine leading up to a big event like the lottery,” Perry said Monday. “I’ll make sure to get a good morning workout in followed by a few quiet moments of visualization in my room, which will help with any nervous energy. I don’t have any lucky charms, but I’m considering wearing a tie being sent to me by a friend.”

Superstition is all well and good, but once the ping-pong balls are chosen, the next step is deciding who they want to take. Perry talked about what they look for in a player.

“With that said, each draft features a healthy number of players who are capable of contributing to winning teams either as starters or in important rotational roles. Our goal is to draft players who fit our plan and our culture, and develop them to the best of our ability as we become a sustainable, winning franchise.”

If the Knicks get stuck with the ninth pick—where they currently stand in the lottery—they’ll have a very good chance of drafting a potential starter or at the very least, a rotational player. It’s not impossible to find a superstar lower in the lottery—see Donovan Mitchell—but it is very difficult to do.

In all likelihood, the future of the Knicks won’t be drastically altered on Tuesday night. Maybe they will get a stroke of luck and a top pick will fall into their lap. If that’s the case, you can expect the rhetoric from the front office to change. Instead of talking about starters and rotational players, the conversation will shift to terms like “superstar” and “generational talent.”

NEXT: Dreaming Of A Draft Lottery Jackpot