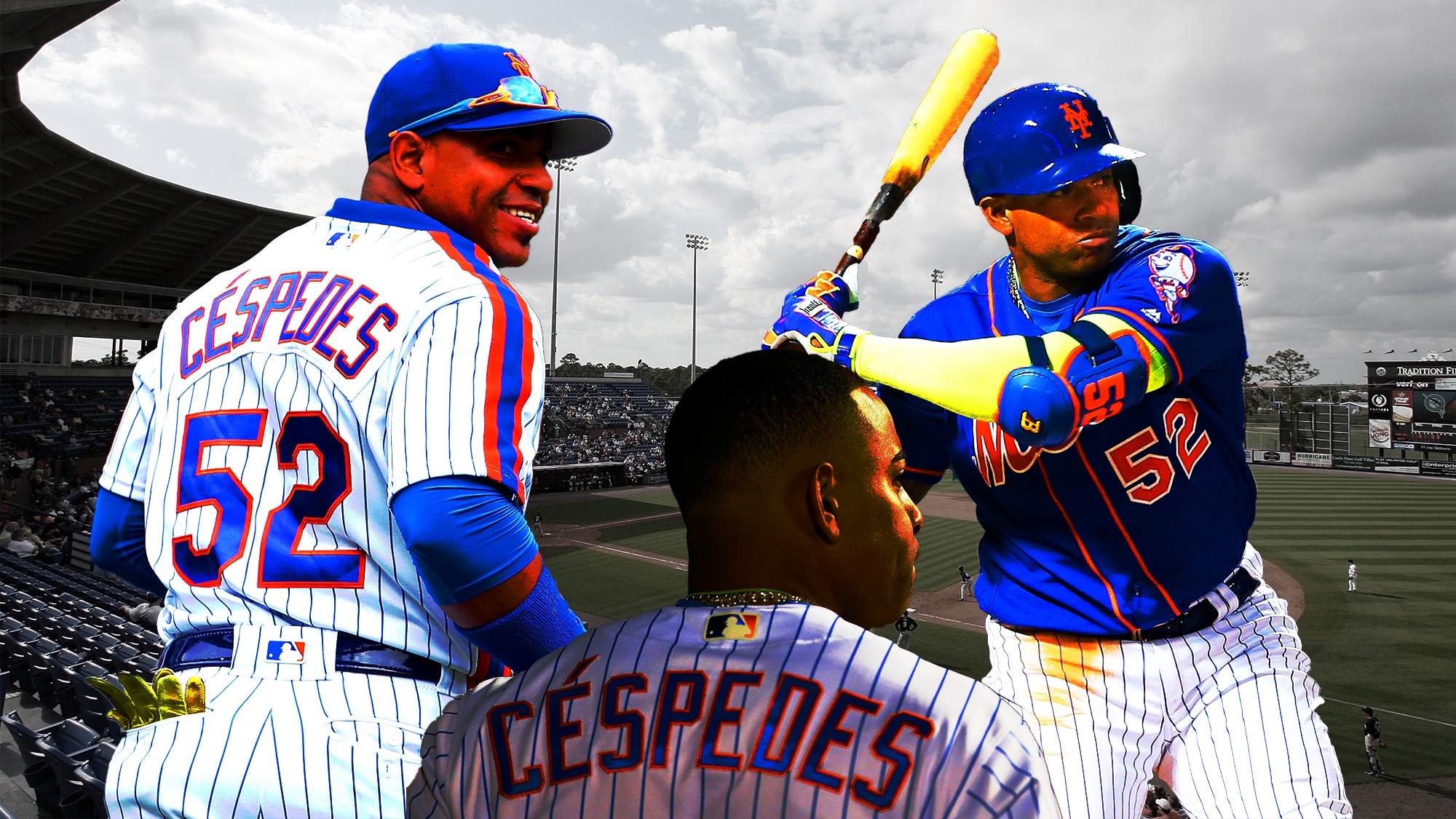 New York Mets outfielder Yoenis Cespedes reminded everybody on Sunday that he comes equipped with a filthy arm ready to throw out any runner.

If you happened to forget just how filthy Yoenis Cespedes‘ arm is, shame on you. He decided to put forth a friendly reminder on Sunday down in Port St. Lucie.

In the New York Mets 4-3 victory over the Miami Marlins, Cespedes protected a slim 1-0 lead in the fourth inning when he threw out J.B. Shuck at home plate.

Don’t mess with the Céspedes ?. pic.twitter.com/AoTVraDpdi

His weapon is one that turns hits into a pitcher’s greatest friend and would be better served in right field, but that’s an entirely different story for another day.

At the plate, Cespedes finished 1-for-3 with a home run, a solo shot in the fifth inning (one inning after his put out), accounting for his sixth of the spring. He batted second in the lineup, one behind leadoff man Brandon Nimmo and one prior to power-hitter Jay Bruce.

It was a lineup put together by Mickey Callaway that very closely resembles a regular season look.

On the bump, it was Steven Matz who shined. His final stat-line of four innings, two hits, four strikeouts and just one walk brings much hype to the table. Coupled with the two studs and the strong spring from Matt Harvey, Matz’s strong day rounds out a promising rotation that’s lost much flavor the last couple of seasons.

After taking on the minor league 51s on Monday, next up for the Mets will be the regular season, game No. 1, home against the St. Louis Cardinals this coming Thursday.

NEXT: Moving This One Starting Pitcher To The Bullpen Is The Best Move