There was a time when teams feared facing the New York Knicks, especially in Madison Square Garden. Young Knicks fans have no memory of when MSG was the place to be.

It’s been a while since I remember watching a New York Knicks game with anticipation of excitement. I go back to their second-round series against the Pacers in 2013 as the last time I can remember having hope.

How did things get so bad in the Garden? When did this franchise, which was a perennial playoff team for the final 13 years of the last century, turn into such a sideshow? I remember when the Garden was rocking and every game was an event.

Let’s go back to 1987. The Knicks fired head coach Bob Hill. In comes a young, exciting coach named Rick Pitino, who had just taken Providence College to the Final Four. Starting with Pitino’s first season as head coach in 1987-88, when the Knicks clinched a playoff spot on the final day of the season in Indiana, they made the postseason every year for the next 14 seasons. 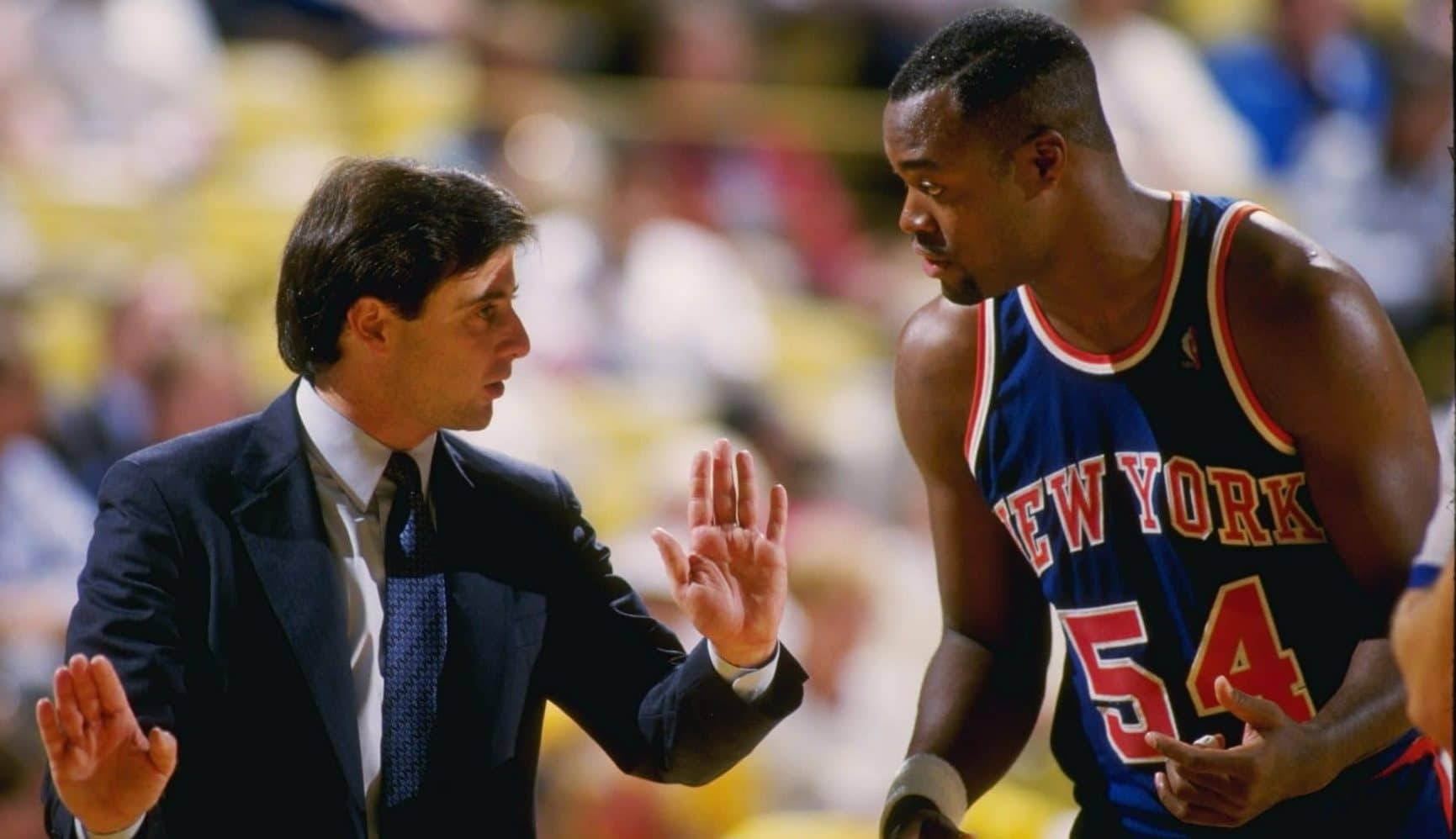 Behind Pitino, the Knicks won their first division title in 18 seasons in 1988-89 with an exciting run and gun style. Dubbed the “Bomb Squad” due to the long-distance shooting of players like Mark Jackson, Johnny Newman, and Trent Tucker, they’d go on to win a playoff series for the first time since 1984.

However, despite Pitino’s success, he left to coach Kentucky after that season and in came Stu Jackson. It was under Jackson that the Knicks staged one of the greatest comebacks in franchise history. After losing the first two games of their first-round best-of-five playoff series against the Boston Celtics in 1990, the Knicks rallied to win the final three games. In Game 5 they snapped a 26-game losing streak at the Boston Garden.

Pat Riley took over in the 1991-92 season and the Knicks found their groove in what became a bruising, hard-nosed style of basketball. The names will forever be etched the in memory of fans that visited the Garden back in the early 1990s. Patrick Ewing, Charles Oakley, Anthony Mason, John Starks, Xavier McDaniel (for one year), Derek Harper, Hubert Davis, Charlie Ward and of course Charles Smith.

I mention Smith because he is remembered for perhaps the most painful moment during the Knicks run of the early 90s when his last-second attempts to win Game 5 of the 1993 Eastern Conference Finals were blocked by Michael Jordan, Scottie Pippen, and Horace Grant. I was at that game and it remains the most exciting sporting event I ever went to.

Starting with the 1989 Eastern Conference Semifinals going through the 1996 Eastern Conference Semifinals, the Knicks faced the Bulls in the playoffs in five of those seven years. With Jordan, the Bulls were 4-0 against the Knicks. Without him, in 1994, they lost in seven games. However, Bulls fans still cry about their Game 5 loss where referee Hue Hollins called a last-second foul on Pippen, leading to Hubert Davis nailing two free throws to win the game.

The highlight of the Riley years was their trip to the NBA Finals in 1994 where they lost to the Houston Rockets in seven games. A bruising, hard to watch series ended with Starks’ 2-for-18 shooting performance in Game 7.

Riley left via fax after the 1994-95 season when the Knicks lost to another hated rival of the 1990s, the Indiana Pacers. In Game 1of that series, Reggie Miller erased a six-point lead in the final 18 seconds himself. That set the tone for the rest of the series, which led Riley to bolt to the Heat.

Perhaps more than any other player, Miller was a hated rival of the Knicks fans. His theatrics with Spike Lee in Game 5 of the 1994 Eastern Conference Finals, when Miller erupted for 25 fourth-quarter points in a Pacers upset, became legendary.

Don Nelson took over for the 1995-96 season, but his open court style did not fit the Knicks of the 90s. Nelson lasted just 59 games before being replaced by Jeff Van Gundy. Under Van Gundy, the Knicks returned to the hard-nosed style they had under Riley.

Free-agency rewarded the Knicks for the 1996-97 season that saw them bring in more offensively gifted players: Larry Johnson, Chris Childs, and Allan Houston.

That new offensive firepower saw the Knicks win 57 games and defeat the mighty Bulls at the United Center late in the season. Most Knicks fans saw that as a great sign, giving the Bulls notice that they were going to be ready for them in the postseason. However, that postseason matchup never occurred.

Facing Riley and the rebuilt Miami Heat in the Eastern Conference Semifinals, the Knicks led the favored Heat 3-1 in the series before the final minutes of Game 5 destroyed their season. A brawl between Ward and P.J. Brown led to five Knicks regulars (Ewing, Starks, Johnson, and Houston) all having to serve suspensions. The Heat, however, only lost Brown for the last two games.

The NBA adopted strict rules for players coming off the bench. Unfortunately for the Knicks, Van Gundy had already substituted out his regulars, who responded out of reaction by running on to the court to stop the fight. The Heat players all stayed on the bench.

Game 6 of the 1997 Eastern Conference Semifinals at the Garden was perhaps the most dramatic introduction in team history. The scoreboard played a video of the what the Knicks were up against.

Since the Knicks had five players suspended, they had to separate the player suspensions. How the NBA did that was in alphabetical order. That means that Ewing and Houston would miss Game 6 and Johnson and Starks would miss Game 7. Charlie Ward was suspended for both games for his role in the brawl.

The video started with Willis Reed’s entrance in Game 7 of the 1970 NBA Finals and featured all nine men that were playing that evening. The message was clear, “Nine men, one mission. This game is dedicated to all those who believe!”. As the video ended and the crowd exploded, Knicks announcer John Andariese said in what was typical Andariese to fellow announcer Marv Albert “So far Marv, this is not boring!”

Despite the theatrics, the Knicks were unable to put away the Heat without their two leading scorers, as Miami rallied to win in the final quarter. Even with Ewing and Houston back for Game 7, the Knicks were dead and Tim Hardaway helped bury them along with their chances of seeing Jordan and the Bulls in the Eastern Conference Finals.

Although Ewing would play for the Knicks through the 1999-2000 season, that loss was unofficially the end of the Ewing era, as injuries would take away his dominance as a premier player.

In the 1997-98 season, Ewing injured his wrist and missed most of the regular season. Leg and knee problems ended his playoff run in 1999, which we will get to in a moment. He played in all the Knicks playoff games in the 2000 NBA playoffs but was just not the same player.

Despite Ewing’s injury, the Knicks gained some revenge against the Heat defeating them in five games in the first round of the 1998 playoffs, winning Game 5 in Miami. A brawl between Johnson and Alonzo Mourning at the end of Game 4. which found both players suspended for the series finale, ultimately helped the Knicks.

Starks and Oakley would depart after the season, replaced by Marcus Camby and Latrell Sprewell. After getting off to a slow start and finishing with the eight seed in the 1999 strike-shortened season, the Knicks caught fire.

Once again, Riley’s Heat was their first-round opponent. Once again, the series went the distance. Once again, the Knicks beat the Heat, as Houston’s last-second shot rolled off the front rim and in, eliminating the number one seed. The Knicks easily swept the Atlanta Hawks in the next round, then faced a heavily favored Pacers team in the Eastern Conference Finals.

In a series that featured many historical Knicks moments (including Larry Johnson’s four-point play to win Game 3), the Knicks defeated the Pacers in six games, becoming the first eight seed to reach the finals. Unfortunately, the Knicks miracle run ended as the San Antonio Spurs defeated them in five games.

The 1999-2000 season marked the end of the Knicks as a legitimate threat. They defeated Riley’s Heat again, this time in seven games with the deciding game once again coming in Miami. However, their season ended with a loss at the Garden in Game 6 of the Eastern Conference Finals to the Pacers.

It was the last time the Knicks would win a playoff series during their 14-season run of consecutive playoff appearances. The Knicks won at least one series in each of those postseasons except for 1991 and 2001.

Poor salary cap execution and bad trades, including trading Ewing to the Sonics, buried the Knicks for years to come. Seeing the disaster in front of him, Van Gundy resigned just 19 games into the 2001-02 season.

Since then the Garden has never been the same. Whether the fault lies with James Dolan, Isaiah Thomas, Phil Jackson, Larry Brown or just overall bad decision making, Knicks fans don’t care. Seeing the Garden like it is now is just sad.

Maybe, one day, the Knicks will get back to those glory days. But with every passing season, it becomes harder and harder to envision it.