At the moment, many New York Yankees home games for the 2018 regular season are relatively affordable for just about anyone, but this trend will not last long, as the Bombers are a legitimate threat to win it all.

The secondary market could potentially be one of the most frustrating facets in regards to sporting events – prices for tickets are set at whatever the seller wants, usually based on the demand of the ticket.

Well, the further along we go into the New York Yankees season, and the better they will most likely play, the more expensive tickets will be on sites like StubHub, Vivid Seats, and more.

The Yankees enter 2018 as 8-1 odds to win the World Series after falling one game shy of the 2017 World Series, according to ESPN.

2017 was also the year where Didi Gregorius hit the most home runs in a regular season by any Yankee shortstop ever. He hit 25 dingers and both he and Sanchez missed a month of the regular season due to injuries.

Last season also saw the comeback of Luis Severino, whose ERA of 2.98 and 230 strikeouts earned him third place in American League Cy Young voting after a putrid 5.83 ERA in 2016. Yankee fans are also excited to see a full season of Greg Bird and the upcoming call-up of top prospect Gleyber Torres.

All in all, the Yankees made it to Game 7 of the American League Championship Series before being knocked out by the eventual champion Houston Astros.

Over the last few seasons, Yankee Stadium’s attendance numbers have shown us the simple science of “supply and demand.”

The reason for the high attendance numbers is simple – supply and demand.

If you build it, they will come. The Yankees are built, and fans will come. But as more games are played this season, more fans will realize how good the Yankees actually will be, thus leading to ticket prices increasing as the year goes on.

Last year was the first time the Yankees saw over 3.1 million fans in the stadium since 2015, another season in which they made the postseason – that year, they led the American League East for a total of 100 days before eventually losing to the Toronto Blue Jays.

Let’s go back to supply and demand: despite the excitement, the Yankees have not supplied anything just yet. But they will, and the demand is going to be high.

That simple business theory will be the reason why even more fans will visit the Bronx in 2018, but it will also be the reason why fans might have to fork over some extra cash if they want to see the Bombers do their thing on the field.

The Yankees have a chance, if they are not already, to be the best and most exciting team in baseball, especially with the acquisition of reigning National League MVP Giancarlo Stanton, who hit 59 home runs and had 132 RBI last season.

While the Yankees have not yet proven their tremendous on-field product for 2018, they already have provided fans with immediate excitement, as tickets for the Yankees home opener are going for as low as a mere $122.50 on StubHub, fees included—keep in mind, you’d be sitting in Section 420A, Row 10. This price is almost five times the face value of the ticket.

As one might imagine, the prices for Boston Red Sox and New York Mets games against the Yankees in the Bronx, and even at their own home stadiums, are more expensive than the others – again, supply and demand.

The most expensive non-Red Sox/Mets game in the Bronx this season, as of now, is the Saturday, May 5, 1 p.m. game against the Cleveland Indians, where the cheapest ticket on StubHub in just under 29 dollars. 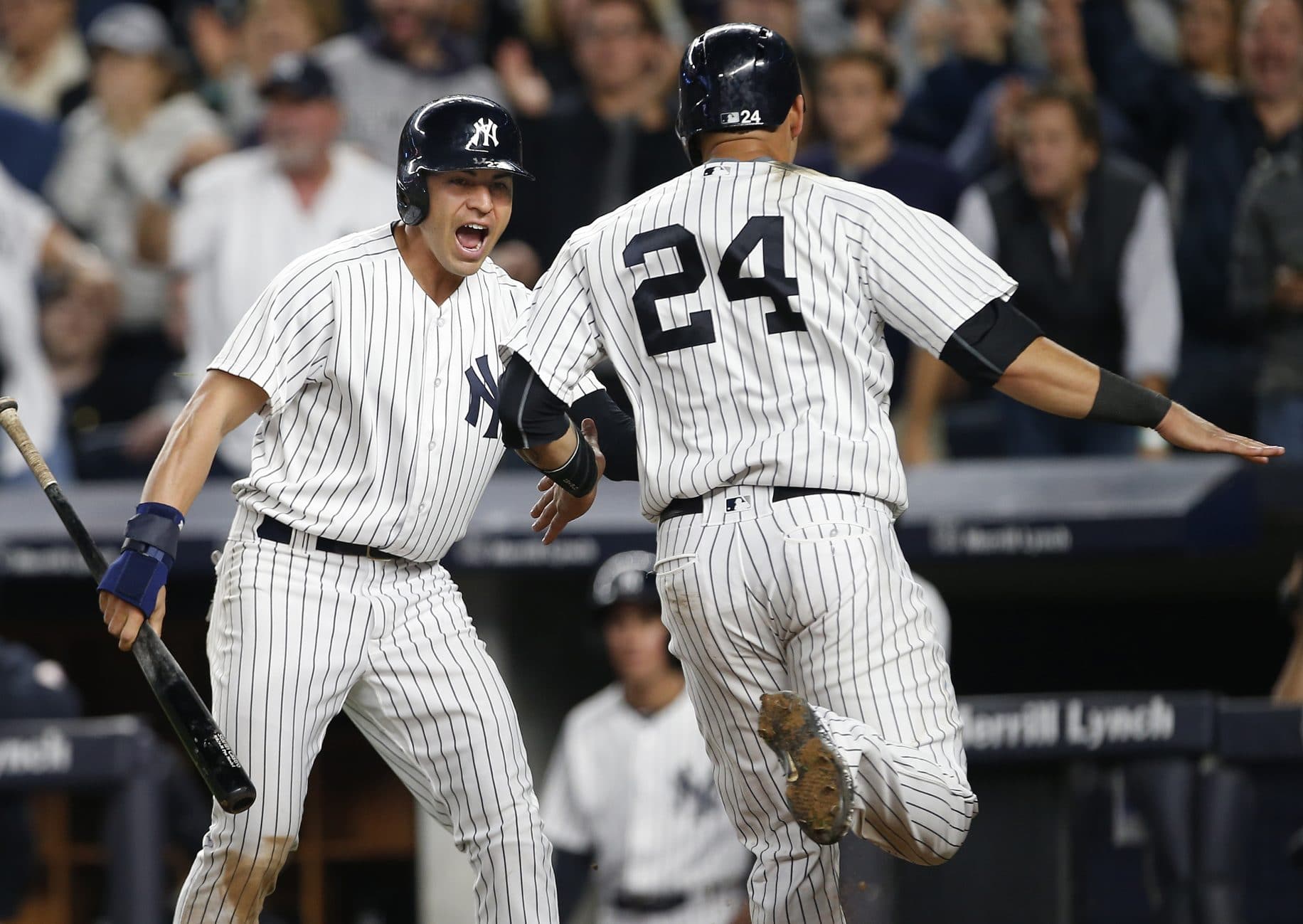 Fans could go to most games in the Bronx this year for under 25 bucks, but that trend will not last that long, because this team will supply greatness, and fans will demand to see them, regardless of the amount of money they’ll have to shell out to do so.

Fans of opposing teams are already asking for higher prices to see the Yankees on the road, so if you want to go on a road trip, take a second guess.

The most expensive road series for the Yankees will be when the Bombers travel to Miami for Stanton’s return to South Beach.

When the Marlins come to Yankee Stadium in April, you’ll be a lot colder, but you can see both games of the abbreviated two-game set for a total of $27.80.

On StubHub, the second-most expensive Yankees’ road series not at Fenway Park or Citi Field is at Tropicana Field when the Yankees travel to Tampa for the first time in 2018.

The lowest price for each game in the three-game series is $77.16, but there are just six tickets left on StubHub at that price for each game – if those 18 tickets go, you’ll have to fork over an average of at least $94.90. The cheapest Yankees series at Tropicana Field all season long currently sits at $58.62 per game during the four-game set in September.

Going to Kauffman Stadium to see the Yankees against the Royals will cost you, as well. The Royals will be in the Bronx in late July for a four-game series, where the average get-in price on StubHub, with fees included, is $21.10. But when the Yankees visit Kansas City in May, the cheapest ticket for each game in the three-game set is $66.50.

To be fair, the Royals will have three awesome promotions during the series – fireworks on Friday, a George Brett pine tar bobblehead on Saturday, and a replica jersey on Sunday. But that’s beside the point.

Seeing the Yankees in the nation’s capital will not be a cheap option, either—and this is with Bryce Harper still on the Nationals, not the Yankees (yet).

While the average get-in price for seeing Harper and the Nats in the Bronx is $21.91, the average lowest price for the same matchup in Washington, D.C. is more than triple the cost in the Bronx, costing $65.82. That means you can see both games in the Bronx for a cheaper price than just one game at Nationals Park.

Fans wanting to see a postseason rematch with the Yankees will have to open up the wallets as well—a Wild Card rematch between the Yankees and Twins at Target Field in September will cost an average of at least $42.76. That same series in the Bronx can cost you just $13.90. The whole four-game series in the Bronx can be just $12.84 more than just one game in Minnesota.

The Indians will travel to New York in May, where one game will cost at least $25.70, on average. Other than when the Red Sox and Mets come to town, this is currently the most expensive home series for the Yankees. However, one game in Cleveland in July will cost an average of $66.31, the third-most expensive road series for the Yankees, not including the Red Sox and Mets.

The Yankees and Astros will see each other seven times this season in an ALCS rematch, with four of those games being in Houston. The average cheapest ticket at Minute Maid Park for that series: $47.50. A Yankees-Astros game on E 161st Street in the Bronx, on average, is just under 24 bucks cheaper.

Supply and demand have different effects in sports—the Yankees this season, while on the road, will supply baseball fans with amazing power, talent, and arguably the best team in baseball that will not come around often.

This team will be playing in the Bronx 81 times this year, thus why it is cheaper to see them at home for the time being, but once the season starts, and Yankee fans see how dangerous this team is, the tickets are going to skyrocket.

The season has not even started yet, but opposing fans have already been supplied tons of excitement and are demanding more money from buyers—pretty soon, as we’re watching Judge, Stanton, and company try to beat the record for most home runs hit by a team in a single season (264 by the 1997 Mariners), we will see ticket prices skyrocket in the Bronx.

NEXT: The Yankees Greatest 2018 Strength Is Obvious Yet So Dominant