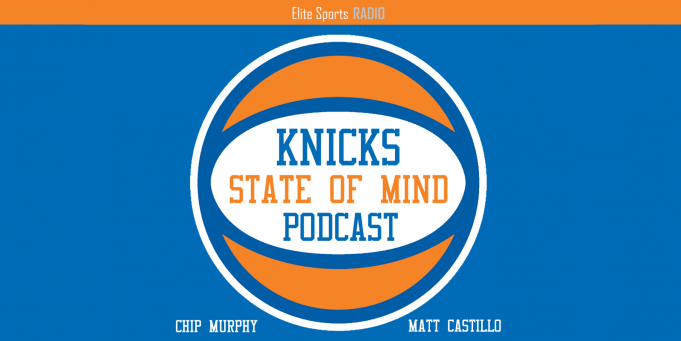 The Knicks State of Mind Podcast begins the show discussing Joakim Noah getting some minutes the past couple of games.

Chip Murphy and Matt Castillo discuss if this means veteran Joakim Noah is slowly sliding into the rotation or whether it’s simply a matchup thing. If teams go big, then it makes sense to play Noah.

In the second segment of the Knicks State of Mind Podcast, Chip and Matt talk about the recent struggles by the Knicks. Matt brings up the point that the last two years we seen the Knicks get off to a strong start but fall apart by Christmas time.

They wonder if the Knickerbockers are heading for another collapse.

Beasley dropped 30 against the Boston Celtics in a game which Kristaps Porzingis was 0-11 from the field. Beasley’s performance saved the Knicks that game and they pulled off the upset.

NEXT: Knicks fall to Wizards as KP struggles again (Highlights)