New York Mets reliever A.J. Ramos’ mechanics have been slowly breaking down since 2016, and the numbers and film prove it.

The news kind of came out of nowhere. It was the week of the MLB trade deadline in late July, and the Mets might have been the most notable sellers on the market.

The white flag had already been flown above Citi Field for weeks, so the unloading of veterans on expiring contracts was expected.

Yet, in a move that has failed to pay early dividends, Sandy Alderson sent a top 10 prospect to the Miami Marlins for AJ Ramos.

Ramos was well known by Mets fans as the closer of a division rival. His two-year contract showed that Alderson was serious about contending in 2018 and that he planned to beef up the bullpen.

Ramos recorded 40 saves in 2016, and Jeurys Familia‘s blood clot had him penciled in as a wild card going forward.

On the surface, the trade was effective at filling an obvious need, but unfortunately, Ramos might not be the same guy anymore.

And the reason for that can be found in the film. Even before his move to the Mets Ramos’ mechanics had begun to make an impact on his performance. 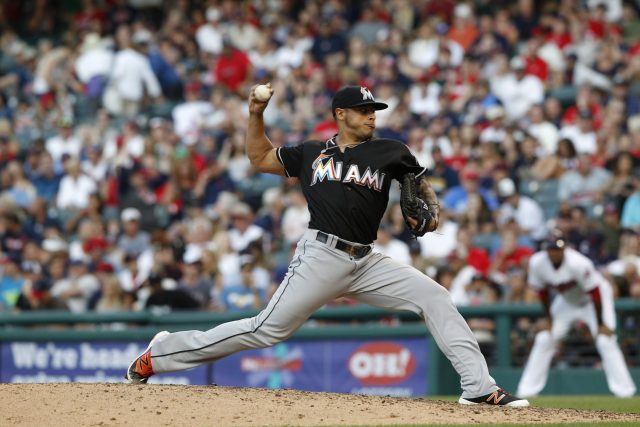 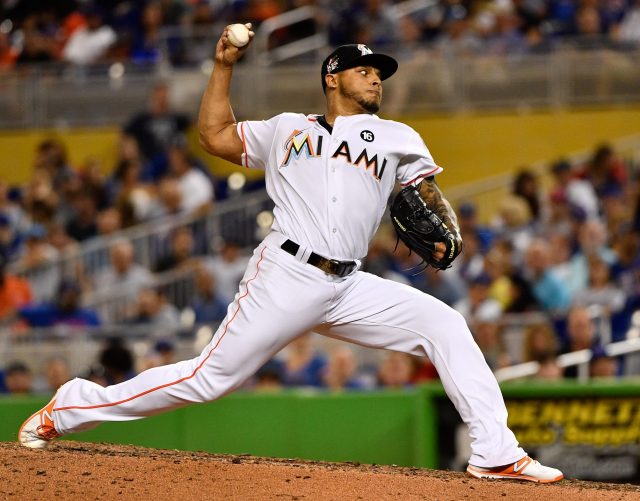 We can see some differences between the two snapshots from different years. First, the top.

Look at the glove, which is securely tucked in and the balance his torso displays. Ramos looks upright and powerful in the position has his arm angle sits at 90 degrees.

In the bottom shot, pay attention mostly to Ramos’ glove and torso. His glove is not tucked in like the 2016 photo.

Now examine his torso and the ‘Miami’ logo across his chest. In the bottom, he is quite obviously tilted more off balance, almost like he is leaning back.

These subtle differences lead to less effective pitch offerings, which leaves a pitcher with declining results.

Now let’s look at the same 2016 snapshot of Ramos on the Marlins compared to a shot of him on the Mets, and we can see just how the mechanics have changed. 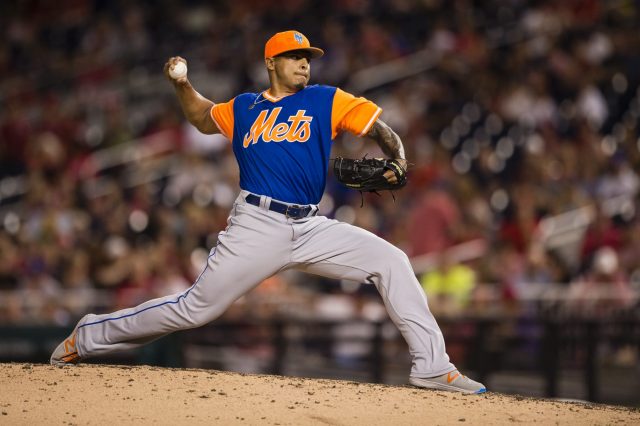 Look first at the legs, and there similarities. The back foot is balancing on Ramos’ toes and his front foot is down and planted in both pictures.

This goes to show that he is in the exact same stage of his mechanics in both pictures.

Because he’s in the same position, it is alarming that his glove is not nearly positioned the same way as in 2016. His torso seems leaned back instead of in a balanced power position, and his arm angle is obtuse and the ball is located at eye level instead of at the top of his hat like in 2016.

The differences these pictures display over the course of just one year are astounding.

It’s not hard to understand why Ramos’ ERA ballooned to 7.11 in the month of September this season. It is obvious that with these sloppy mechanics he is no longer the pitcher Sandy Alderson traded for.

NEXT: Game 4 Brings Back Painful Memories For Astros