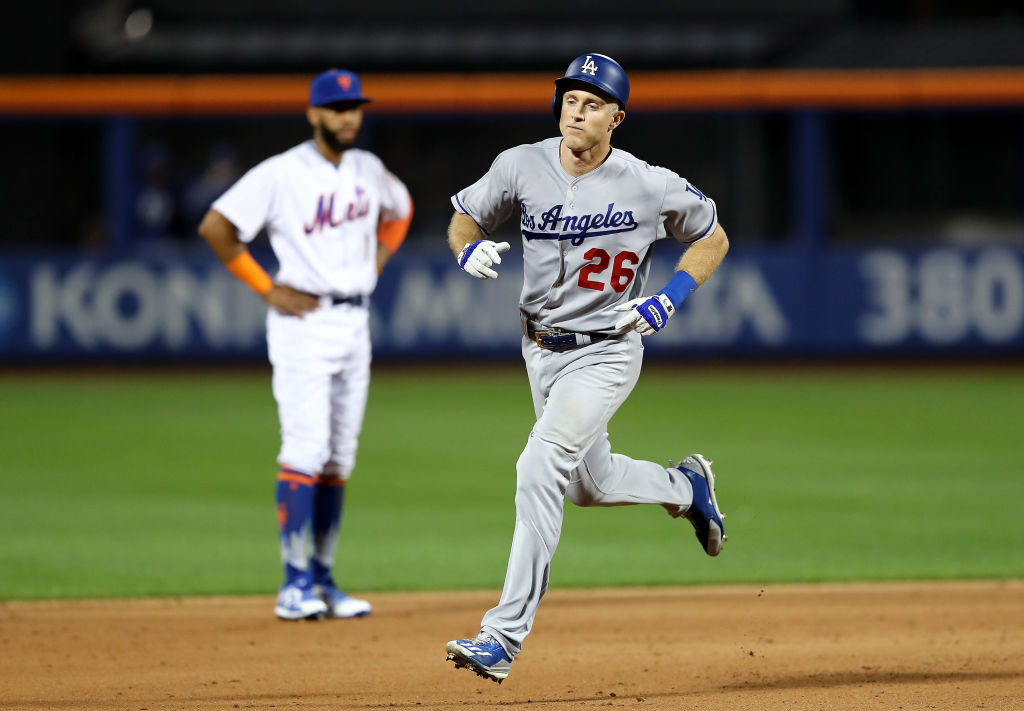 Everything went right for Yu Darvish (7-9) and the Dodgers during his debut at Citi Field. Jacob deGrom (12-5) and the Mets had no answer.

The Los Angeles Dodgers continued to do what they’ve done all season on Friday night against the New York Mets: mash the baseball.

Dodgers outfielder Chris Taylor entered tonight’s game with a monstrous triple slash line of .413/.436/.760 since the All-Star break and had no intention of slowing down this evening.

In the top of the first inning, Taylor casually took a 97 mph fastball from Jacob deGrom over the left field wall and quickly gave the Dodgers a 1-0 lead.

The top-half of the second inning saw much of the same as Yasiel Puig clobbered a 410 ft solo shot to left center field, extending Los Angeles’ lead to 2-0.

Yasiel Puig with his career high 20th homer, giving the #Dodgers a 2-0 lead over the #Mets

After Justin Turner grounded into a double play and scored Taylor in the fifth, Chase Utley continued dominating the Mets, blasting a 391 ft bomb to right field in the sixth.

Turner scored Taylor in the top of the seventh with a sacrifice fly, and that would be the final run of the game.

Chris Taylor scores from third on a sac fly from @redturn2! #Dodgers lead 6-0 in the seventh! pic.twitter.com/k2hokW9pc7

New York’s bullpen wasn’t much of a help as Josh Smoker and Chasen Bradford combined for three earned runs over three innings in relief.

On the other end, Los Angeles’ pitching was dominant from the get go. Moving to a new team and a new league did not phase Darvish one bit.

The Mets will look to put everything behind them tomorrow afternoon when Seth Lugo (5-3) takes on Rich Hill (8-4) in game two of the series.

NEXT: The Enticing Reason New York Mets Fans Should Stay Tuned To The 2017 Season