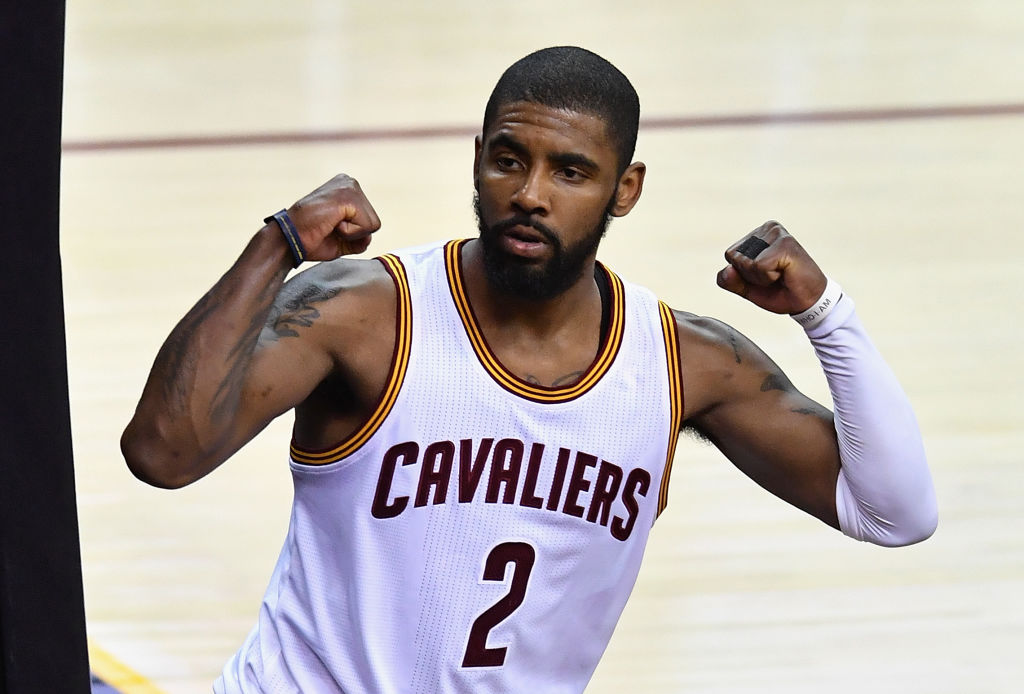 The Cleveland Cavaliers are shopping point guard Kyrie Irving for one veteran starter, a rookie contract, and draft picks. What does that look like for the New York Knicks?

Point guard Kyrie Irving has requested a trade from the Cleveland Cavaliers and wants to play for the New York Knicks, among other teams.

In the latest development of the Irving sweepstakes, the Los Angeles Clippers have removed themselves from the competition.

Per Brad Turner of the Los Angeles Times, the Cavaliers are looking to get a veteran, rookie, and draft picks in return.

This is terrible news for the Clippers, a team without the valuable picks and young talent which Cleveland seeks. For the New York Knicks, however, this may be just the news they needed.

Before Friday, there wasn’t a verified price for the Cavaliers point guard. Now that there is, let’s put that into context for New York.

There’s a likelihood the Knicks could retain All-Star Carmelo Anthony, especially when he remains focused on a trade to the Houston Rockets.

With the veteran talent and draft picks available, a trade can be validated either way.

It is true that at one point, Anthony desired a trade to the Cleveland Cavaliers. He had once offered to waive his no trade clause for both Cleveland and Houston.

However, with no Kyrie in the foreseeable future, he’s opted to just the Houston Rockets.

Should he come around, however, the trade will be all the more feasible for New York.

This puts New York immediately back on the map, though still in a state of rebuild.

Cleveland gets an alternate star for another championship run, a young point guard, and even more youth in next year’s draft.

Carmelo alone won’t get the deal done, in case you need reminding. He’ll be checking plus one on his Finals invitation.

RELATED: Could the Knicks Land Irving While Retaining Carmelo?

There’s a chance no Anthony deal is made by next season, and he simply remains a Knick for one more season prior to free agency.

Should he remain focused on Houston or bust, New York could still package an appealing offer to Cleveland, according to the guidelines Los Angeles received.

Again, New York is back on the map, and better off than the prior trade. Retaining a core of Anthony, Irving, and Kristaps Porzingis nearly guarantees a playoff berth in the weakened East.

The Cavaliers get an immediate starter in sharpshooter Courtney Lee and some bench fire power in Thomas and Ntilikina. Again, the Knicks would be sending the 2019 pick to sweeten the deal.

With a price finally on the table, the Knicks can better work with Cleveland to bring the point guard home.

As more and more teams withdraw from the Irving sweepstakes, expect New York to amp up their interest.

NEXT: Ramon Sessions, Upgrade or Downgrade over Derrick Rose?