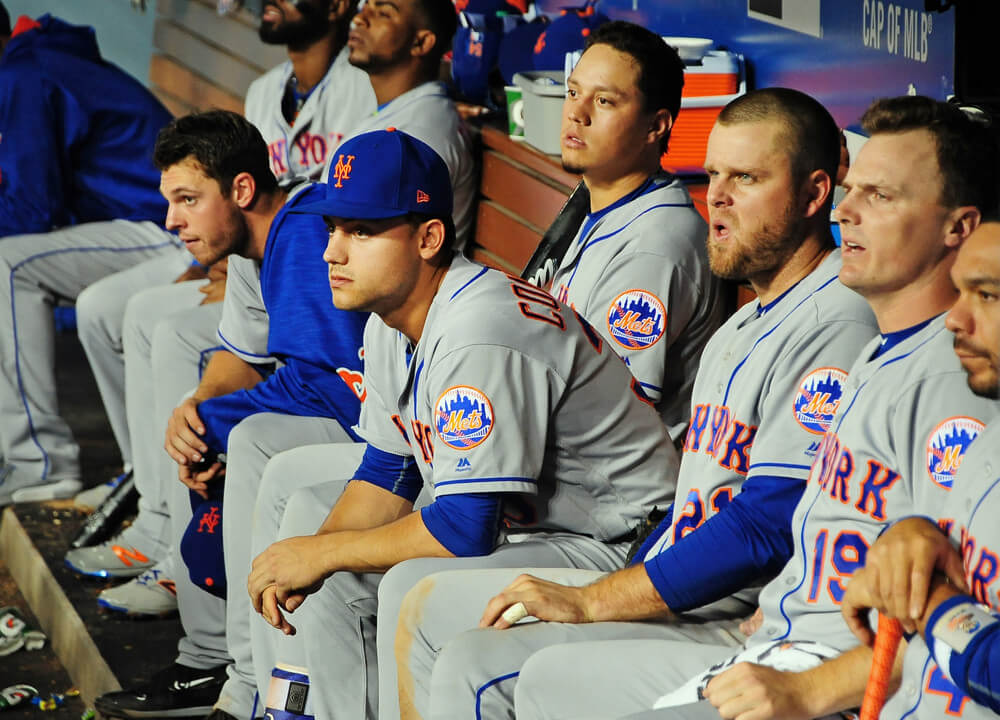 One way or another, the fate of the 2017 New York Mets will be sealed in the next few weeks.

The Fourth of July holiday weekend gives fans a chance to kick back, relax and stretch their legs. It also signals the start of a stretch that will shape the immediate future of the New York Mets.

The team has been on a roll since being swept by the Los Angeles Dodgers, winning seven of its last eight games. They could make it eight-of-nine with a victory over the Philadelphia Phillies at Citi Field Sunday afternoon.

Upcoming trips to Washington and St. Louis to play the Nationals and Cardinals, respectively, won’t be easy games to win heading into the All-Star break. But it’s not impossible for the Mets to continue their winning ways.

The Mets will face just two teams who currently have a winning record before the July 31. non-waiver trade deadline arrives – the Nationals and the Colorado Rockies. The team’s upcoming schedule, which includes a 10-game homestand, plays into their favor.

What seemed far-fetched a week ago – the Mets playing their way back into the National League playoff picture – actually seems like a real possibility. If they do, the trade rumors that have circulated recently will turn into rumors of the Mets looking to buy, not sell.

Although the schedule is helpful, the return of currently injured key contributors including Michael Conforto, Jeruys Familia and Juan Lagares, among others, might be what pushes the Mets to the next level.

But with the way that injuries have hit the Mets this season, there’s no guarantee another injury bug won’t strike – or that their currently injured players will be productive when they return.

It’s just one of the many things out of the team’s control that could send the 2017 season in the opposite direction of where it seems to be headed.

There are a lot of teams vying for a playoff spot. Aside from the usual contenders, like last year’s World Champion Chicago Cubs, teams like the Arizona Diamondbacks, Milwaukee Brewers and Rockies are in the picture.

Not only will the Mets have to stay hot, but they’ll need a few of those teams to struggle in the next few weeks if they are going to really make a run at the postseason.

Should the Mets not close out the first half of the season with success, or struggle to defend home territory following the break, the Mets would be major sellers at the trade deadline.

The likes of Jay Bruce, Asdrubal Cabrera, Lucas Duda, Curtis Granderson and Addison Reed could all be sent packing, adding more young talent to the organization while creating room for top prospects like Amed Rosario and Dominic Smith.

Ultimately, the next few weeks will determine whether the Mets are contenders or pretenders and whether they’ll be gearing up for another playoff run or looking to re-tool for the 2018 season.