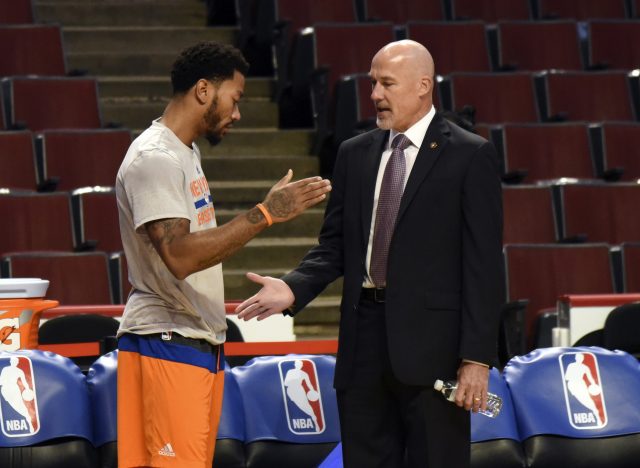 New York Knicks newcomers Derrick Rose and Joakim Noah were booed unmercifully when they made their return to Chicago on Friday night.

Upon their introduction to the United Center crowd in Chicago — the same place that is celebrating its Chicago Cubs triumph — New York Knicks newcomers Derrick Rose and Joakim Noah were unmercifully booed.

Noah felt the treatment the worst when he was announced via the starting lineups. Here’s D-Rose getting an earful while in action:

It wasn’t all cold shoulder. The Bulls organization put together this tribute video for the two players that was played prior to the game:

Nearing the midway point of the 2nd-quarter, the Knicks are holding onto a five-point lead. Rose has poured in four points, two of which came on this transition play:

Derrick Rose is off to the races for his first bucket back in Chicago! #NBARapidReplay @ESPNNBA https://t.co/LoHc7dTVIv

Noah has a bucket to his ledger while ripping down three rebounds and dishing out three assists.