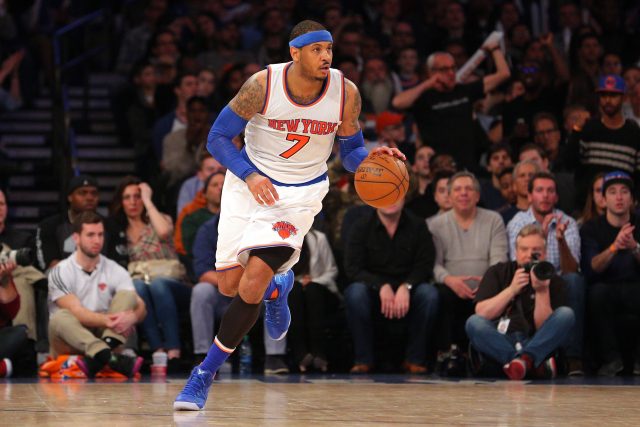 With the opening of the New York Knicks 2016-17 NBA season just a day away, we’ve piled up the top hype videos.

In just about 24 hours, the New York Knicks will open up the brand-spanking new 2016-17 NBA season in Cleveland. Yeah, that’s right: they’ll be there to witness LeBron James, Kyrie Irving, and the Cavaliers raise their championship banner in “The Land.”

No matter, though. The idea that a brand new season is here is enough to have fans jump through their living room ceiling.

If anything, perhaps the festivities will motivate Carmelo Anthony and company.

If that won’t, this will — hype videos that we’ve collected to get everybody ready for what’s to come.

"We Are Gonna Bring It" #Knicks pic.twitter.com/Z9d7N7cbFM

Now all Melo, Kristaps Porzingis and newcomers Derrick Rose, Joakim Noah, and Brandon Jennings have to do is prove it on the court over the course of 82 games.