New York Knicks superstar Carmelo Anthony did not like his No. 15 ranking in Slam’s Top 50 entering the season. He also let them know about it.

Melo ain’t happy folks, and he’s let us all know about it.

Slam, a credible basketball source for many decades, has come out with their annual Top 50 rankings for the brand spanking new 2016-17 NBA campaign. All was going well until the No. 15 spot came to light.

The man for the No. 15 spot is New York Knicks superstar Carmelo Anthony. 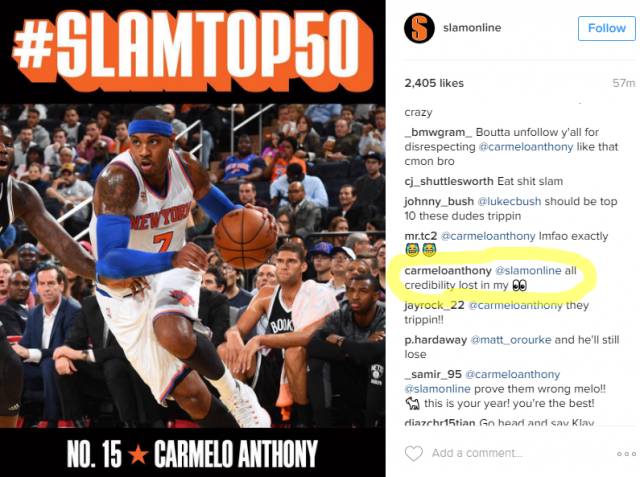 “Slam Online lost all credibility in my eyes.”

Shots fired. Only time will tell whether Slam undersold Melo.

NEXT: Melo And Khaled On The Sticks Prior To Nets Game